How Many Keys Are Really in Florida?

If the former Tonight Show host Jay Leno went Jay Walking again to ask the man and the woman in the street how many Keys are in Florida, he would receive some interesting replies.

First of all, some would ask, "Do you mean keys for locks?"

Some individuals might not understand that a "key" in this instance is a geographic structure.This type of key is named after the Spanish "cayo" that we translate as "small island" or "islet."

Others might guess from pop songs they have heard and from fleeting references to Ernest Hemingway in films that there exist perhaps three, four, or a dozen islands in a line called an "archipelago."

Actually, sources cite up to 1,700 Florida Keys. This is because many are very small, uninhabited, and discovered west of Key West. Many have no names.

How many do you know besides Key Largo and Key West?

Sources cite the number of 1,700 Florida Keys in the archipelago just off the southern tip of the state. Many of these islands are uninhabited, including those actually located west of Key West. Only 44 of the islands are connected by bridges, one of which is seven miles long.

An Easier Question for You.

Perhaps the most interesting element of the Florida Keys is their 23 April 1982 secession of Key West from the United States. Some residents of the Keys today tell me that they still wish to separate from the Union.

An act of Congress eventually allowed the residents of the Florida Keys to be awarded dual citizenship as American citizens and as Conch citizens (named after the local sea animal).

In April 1982 the US Border Patrol blockaded US Highway 1 at the entrance to the Florida Mainland at Florida City, Dade County. Citizens of the Keys felt that they had been thrown out of the Union. After the blockade stuck, officers required to see proof of citizenship from everyone driving up Highway 1 through the Keys to the mainland.

Incensed, the Mayor of Key West went to Miami City Hall to protest these actions and ask the blockade to withdraw. Failure of this saw Mayor Denis Wardlow become Premier of the Conch Republic, which rebelled against the US for 60 seconds and then surrendered to ask for a billion dollars in Foreign Aid.

Secretary General of the Conch Republic, Sir Peter Anderson, passed away from lung cancer at age 67 in his sleep at 9:18 a.m. on Wednesday, July 16th, 2014...Most notably. he was successful in encouraging cruise ships to give up dumping raw sewage into the ocean offshore, and install waste water treatment facilities on their ships.

War nearly occurred in on September 20, 1995 when the US Army Reserve's 478th Civil Affairs Battalion began to exercise a simulation of invading a foreign land. Their leadership did not tell the US Government or anyone on Key West about their ensuing drill. It was quite the surprise (source: military.gov).

The army battalion landed and pretended that Floridians were foreign nationals!

Dennis Wardlow ordered water cannons on any and all available Key West water craft to be ready to shoot back. Thus prepared, he filed an official grievance with the Department of Defense (DOD). The US Army battalion actually went along with a ceremony of surrender on September 22. Florida won the war games.

Geological Formation of the Florida Keys

Sometime in the distant past of Earth, a line of corals formed west of what is now mainland Florida with the help of sea creatures and native plants.

Once totally submerged, parts of the coral line began to emerge from receding waters to become islands.

Some geological survey data sources state that a few of the Keys did not appear above water until sometime between 1920 to 1930 in the 20th century.

In the last several decades, tidal waters have been rising once more and some of the Keys may lost a bit of land area from their shorelines, just as has Alaska and New Jersey, among others.

Some islands, like Tortugas bank are still submerged west of Dry Tortugas National Park, which is a group of the coral islands that is uninhabited except by native wildlife and plants.

The website KeyHistory.org suggests that there are at least 882 charted islands in the coral chain that extends from about 30 miles southwest of Miami to Key Largo and extends to uninhabited places west of the popular endpoint of Key West.

Key West is about 113 miles from the eastern terminus of the major highway cutting through all the islands along bridges and land.

A fantastic vacation includes driving the length of the highway and stopping on each island to enjoy its pleasures and history.

US Highway 1 through the Florida Keys 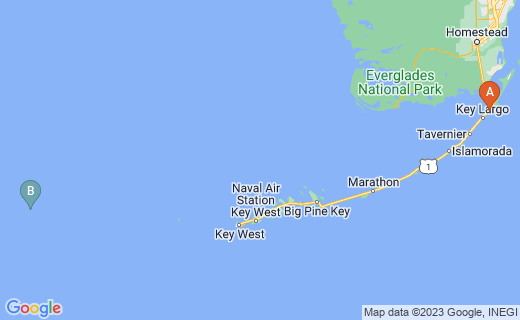 A ferry, seaplane, or catamaran is needed to complete the trip to Dry Tortugas.

The Upper Keys are closest to Mainland Florida and The Everglades, with Highway 1 running through them. Highway 1 has been named an official All-American Road. 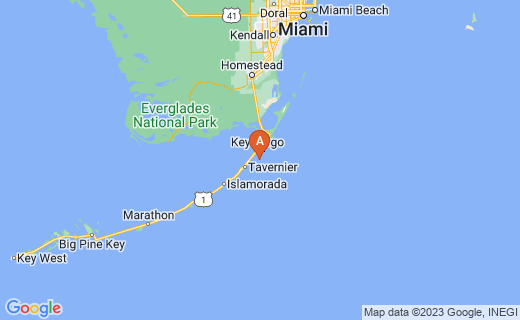 Key Largo is called the Diving Capital of the World. 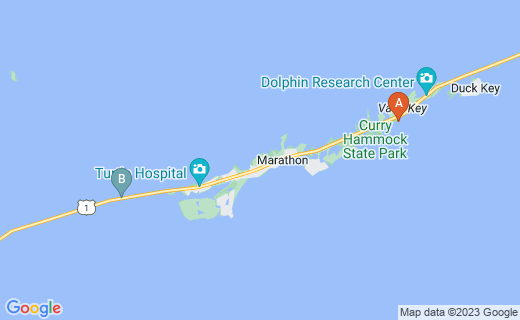 Marathon in the Middle

Marathon is the major element in this line, featuring an airport and many activities, like tours of the Dolphin Research Center, the Turtle Hospital, Crane Hammock Point, and Sombrero Beach. The Seven Mile Bridge is here as well.

You can find 5-Star restaurants and resort hotels on Marathon, but also "Botels", which are motels with rooms on the waterfront that include a boat slip. Annual festivals on Marathon Key include Arts and Seafood celebrations and besides fine diing, there is casual dining aong the lines of shops in the business district. 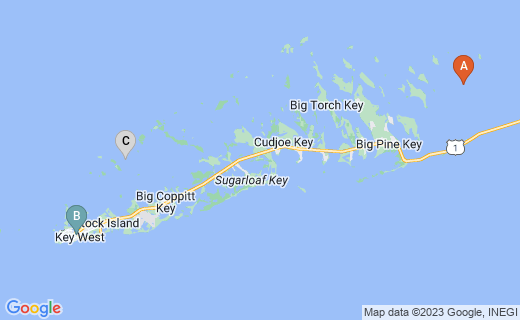 Pockets made through the mangrove trees around here and Mud Key contain tons of fish like Mangrove Snapper, Red Drum, Barracuda, Grouper & Jewfish

Highlights of the Lower Keys

Built beginning in 1845, Fort Zachary Taylor was important to the Union Army during the American Civil War, but was remodeled and used in the Spanish American War in the 1889.

The fort was not completed until about 1866 after 20 years of construction, but when it was, it included a type of flush toilets flushed by the Gulf of Mexico tides. It also had a desalination system for creating fresh drinking water.

A National Historic Place and National Landmark, Fort Zachary Taylor is home to the largest cadre of Civil War cannons in the USA.

The beaches surrounding this landmark are used for swimming and snorkeling expeditions. There are also free BBQ grills, bathrooms, and changing cabanas for users.

Small Islands Farther to the West

Last of the Lower Keys

Songs About the Florida Keys