The History of The Wexford Guinness Opera Festival: A Festivity of Irish Pubs, Singing, Swinging, Art and Culture

Wexford: a beautiful traditional seaside town sitting on the bank of the river Slaney, offers you the wonder of opera; the delight of music; the mystery of poetry; the intrigue of fine arts; the delicious taste of Irish fare; the very best of Irish brewed liquor and most of all the generosity of the Irish people.

Lacking a little culture; needing some inspiration; feeling unrefined. Then it is high time you dusted off your glad rags and head to the picturesque town of Co. Wexford. Nestled neatly on the southeast coast of Ireland this town celebrates opera like nowhere else in the world. October through to November the festival lasts a staggering 15 days; the festivities are filled with musical events, poetry recitals, numerous exhibitions and day time productions. The festival is launched with a delightful display of fireworks over the river Slaney watched by locals and visitors alike from the expansive boardwalk along the waterfront.

The Beginning Of The Wexford Opera:

In 1950 a group of opera lovers decided to share their passion with the people of Wexford and planned a wonderful festival of music and arts. Among the young organizers was Dr Tom Walsh who was the festivals first Artistic Director held on October the 21st to November 4th in 1951. The highlight, was a little unknown opera by Micheal Balfe, a 19 century production of the Irish composer 'The Rose of Castile'. The stage was set for the future of The Theatre Royal and The Wexford Opera Festival. Breathing new life into lost and forgotten music. Wexford grew in the operatic world. Productions of Lortzing 's to Bellini's staged operas attracted leading talent to perform. Singers like Franco Calabrese, Paolo Pedani to Heather Harper and Geraint Evans were among the talent celebrated on The Theatre Royal stage. Albert Rosen a young conductor from Prague conducted no less than 18 Wexford Opera productions. Performances such as Delibes, Bizets Les Pêcheurs de Perles to Sapho in 2001 have kept the ball or rather the Opera continuing to roll.

The Theater Royal looking a tad worn and tired after years of stage performances was finally demolished to make way for The Wexford Opera House, built on exactly the same site. The doors opened for the first production on the 16th of October 2008.

The photograph really says it all: The Wexford Opera House is a spectacular and impressive building that holds its own in the company of great music and great performance.

The principal auditorium seats 780 and the adaptable auditorium seats 175. The old tradition of rare and neglected opera productions continue their aspiring stage performances to the delight of opera fans world wide. Indeed to day as witnessed by my own eyes the youth of Wexford bring their own talents to the stage to the delight of many proud parents. Dance being one of the prime examples.

This beautiful building provides a remarkable place for it's audience to sit, ponder and watch over the numerous performances that continue to grace the magnificent stage. A true theater built to empower the greatness of opera. 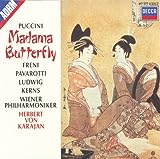 The Phantom Of The Opera

Visiting Ireland: What to Do and See in Ireland 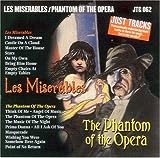 Day time productions are wonderfully dramatic and draw many an admirer. Dance and music are a major part of this delightful experience. A love of poetry will summon you to The Thomas Moore Tavern, where listening to recitals will warm your heart and of course a Guinness or two will help wash the ambiance down.

The singing and swinging pub competition is absolutely fantastic. The local pubs choose 8 or 9 solos (singing) or bands (swinging) to perform and compete against each other. This is not karaoke: be assured the talent as the lovely Irish say; is fierce. At least 30 odd venus will compete with times and dates clearly added to the festival timetable. The locals take the opportunity to show off their spectacular talents to the awe of the crowds that support them. Pints of Guinness are consumed to aid a little Irish courage. The event is sponsored by Guinness Draught, so a little appreciation for the black stuff seems very appropriate.

Take a walk through the old narrow streets, or stroll the seaside boardwalk. Explore the numerous art exhibitions of local and visiting artists. Enjoy the hustle and bustle, the contagious atmosphere of merriment and the generous folklore. The festival encourages all the bars and restaurants to show off their talents abundance with local dishes of delicious Irish fare. Listed are some of my favourites: enough reason to send anyone into the heart of The Wexford Oper Festival.

With a few fine foods to whet your appetite why not sit back in your fine attire, sip your vino and embrace the wonders that this beautiful sea situated town has to offer: all in the name of celebrating the enchantment and delight of music and song in the production of The Wexford Opera. 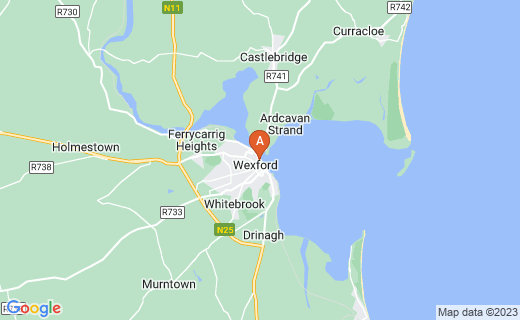 A picturesque Irish Town: Brimming with culture, divine foods and mighty craic. An absolute must see when visiting the Emerald Isle.