A westward outlook? or a rugged definition of sovereignty?

Gothenburg and the adjoining historic area (Swedish: Göteborg och Bohus) make for a fascinating introduction to a dynamic part of Sweden.

Particularly during the winter months, for the local people along the rugged Swedish coastline between Gothenburg and Svinesund on the border with Norway, travel communications can sometimes be difficult. When a number of years ago a bridge linking Tjörn Island with the mainland collapsed, workers commuting to Gothenburg for a while faced a huge détour. North Americans familiar with the Great Lakes and the Canadian Shield, with their topographical similarities, will readily appreciate the challenges of winter life in windswept, rocky Bohuslän.

The port of Gothenburg faces the Skaggerak, the stretch of water which joins the North Sea with the Kattegat and the Baltic. To many Swedes, Gothenburg and the rocky coastline in the surrounding Bohuslän represent a westward outlook, historically and psychologically. On the surface, it is clear why such considerations are made: trade and ferry links with countries of Western Europe are routed through the sea- and airports of Gothenburg, and even in the Middle Ages the city was linked with the Hanseatic League. Today, several large companies with worldwide export links are based in the Gothenburg area.

When I was in Sweden, I was conscious of Gothenburg as a bustling, major port city which continues to pursue its commerce doggedly - much of it international in scope. It felt as if the city I was in was minded to pursue its business priorities, despite whatever theoretical or ideological pronouncements were coming from politicians, administrators, ecclesiastics, etc., in relatively far-off Stockholm and Upsala. Gothenburg almost exudes a Dutch thriftiness and industrious spirit, and indeed it was Dutch engineers who built Gothenburg city centre's series of canals some centuries ago. (At times one has to pinch oneself to remember that it isn't Holland.)

In many questions of commerce, or war, for that matter, it is geography which often ends up being the major player who shows up to take the most pressing decisions: logistics and lines of supply all relate closely to what is, and is not, easily achievable. Thus it is — on the surface at least — that Gothenburg seems to be a westward-looking place, a city and hinterland which spatially radiates towards trading contacts with Western Europe and overseas.

But these considerations do not necessarily tell the whole story.

Submarine (and neutralism?) on the rocks

Arguably, long serving Swedish Prime Minister Olof Palme (1969-1976 and 1982-1986) was basically an old fashioned neutralist and nationalist with 'modern' rhetoric, never happier than when leading Sweden in an independent foreign policy. (I am of a generation for whom his nationalist outlook had a certain appeal.) It is worth considering whether sheer geography, may have lain behind elements of the late Olof Palme's independent track, including opposition to US involvement in Vietnam. But he was also politically savvy enough to realize that the Swedish government's freedom of action was considerably hedged in by the prevailing perception of geopolitics on the part of the Swedish people. The early 1980s were a time of heightened tensions between NATO and the Warsaw Pact; or, stated more subtly, between East and West, which begs a geopolitical and geographical as well as an ideological question: where does Sweden fit, between East and West? This period saw evidence of repeated incursions into neutral, Swedish waters by foreign submarines. And when in 1981 the Centrist Fälldin Government had to contend with a real, live Soviet submarine which became stranded on rocks near Karlskrona, on the southern tip of Sweden, what further evidence of a one-sided, Soviet threat to military stability was supposedly necessary?

So when Defence Minister Lennart Bodström publicly doubted whether radar signals detected in 1985 were from a Soviet — as opposed to NATO — submarine incursion in Swedish waters, he was so ridiculed and his credibility was so eroded that Olof Palme felt obliged to fire him. Even though, reading between the lines, Mr Palme agreed with him. Indeed, Mr Palme was on record, when speaking of Sweden's defence capabilities, as saying that Sweden could militarily resist both NATO and Warsaw Pact incursions - note the order which Mr Palme stated. So did the outcry prove Mr Palme (and the then hapless Mr Bodström) wrong?

Fast forward to the year 2000, and former US Defence Secretary Caspar Weinberger states publicly that NATO submarines repeatedly entered Swedish waters in a clandestine manner. Lord Robertson, NATO Secretary-General, responded, whether or not disingenuously: Oh no they didn't.

The truth of the matter? Well, actually they were British submarines acting in consultation directly with the US, rather than in any NATO capacity, Lord Robertson asserted. (Hints of a suggestion of US 'hegemony' exercised through the United Kingdom, maybe? according to conventional wisdom. But more of this, later.) So now the murky waters of the allegedly violated sovereign coastline of Sweden were as clear as mud. So it was all right after all; at least, for Lord Robertson.

Not a few Swedes took a differing view, however. There followed widespread media, political, academic and military debate in Sweden, of the 'What did the Swedish military know, and when did it know it?' variety. Some of the country's senior military figures were to claim that they were aware all along of the intentional (let's call them NATO) submarine incursions. If so, the Swedish military was known to have engaged in depth charge firing at the source of underwater radar signals from their hidden offshore guests, which was either an odd form of hospitality or else evidence of a lack of communication between branches of the Swedish state in an area where such communication would have been highly desirable. (Maybe, then, with regard to Lord Robertson's comments about incursions into Swedish waters, His Lordship was simply trying to take care of his own administrative backyard instead of Sweden's.)

At this stage, permit a family digression: Between the two World Wars, a submariner great-uncle of mine, William Fenn, was killed in the Baltic while the vessel on which he was serving, HMS Thetis, sank while engaged in covert submarine activity. Yes, in the Baltic. The polite question which can be asked, is: what was the Royal Navy's covert, submarine presence doing there in peacetime? especially since this would tend to diminish somewhat any suggestion that Mr. Weinberger's revelations supposedly show the Royal Navy beginning to act in Swedish waters under the influence of US 'hegemony'. Because in 1919, the year of my great-uncle's death in murky circumstances, Woodrow and Edith Wilson were nowhere near adept at either gunboat diplomacy or covert hardball in the Baltic backyard, at least. So does this suggest, instead, that any 'hegemonic' relationship between the United Kingdom and the United States may in a subtle way have been carried forward in the other direction? Echoes reverberate of the activities of Canadian Sir William Stephenson, much involved in the hidden aspects of the American-British military relationship during World War Two. (But this is mere Fenn family speculation, Lord Someone would say...)

So the Berlin Wall came down. What belonged together came together (as Olof Palme's friend Willy Brandt remarked). The Cold War ended. Inevitably, thereafter, frequently asked questions about frequent former visitors to Sweden also included enquiries about Markus Wolf, until 1986 the East German external spy chief, known as 'The Man without a Face', whose facial identity was first unmasked by a photographer working for the Swedish intelligence services.

Sheer geography dictated that during the Cold War Sweden was, for those in the intelligence gathering business, an open market. Ideology aside, the supposed westward outlook of the fine city of Gothenburg and the beautifully rugged, rocky Bohuslän, did yet have its psychological limits. If we are to break free from a Cold War mindset, we must acknowledge that Sweden is neither wholly west nor east. And without doubt the historically rooted, commercial vocation of Gothenburgers is to be open for business, as they always have been, with those who are there...

While you are in Gothenburg, there is an array of museums worth visiting; these include the Maritime Museum, the Volvo Museum, the City Museum of Gothenburg and the Gothenburg Museum of Art: the latter two museums are housed in striking, historic buildings. Downtown Gothenburg's canals (mentioned, above) are also a remarkable feature.

How to get there: Delta Airlines (with KLM) flies from New York via Amsterdam to Gothenburg-Landvetter Airport (Göteborg-Landvetter flygplats). North American visitors making London, England a base, may find it convenient to fly with Ryanair from London Stansted Airport to Göteborg-City Airport. Please check with the airline or your travel agent for up to date information. 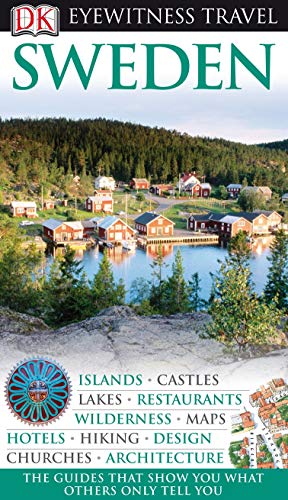 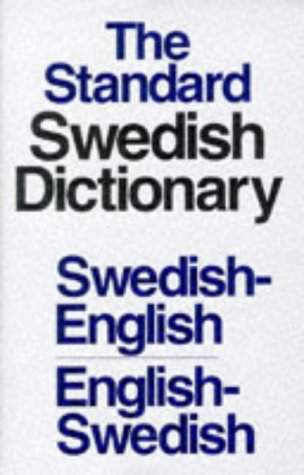