Things People From Northern Virginia Say (And Do)

Hello! I am a stay-at-home mom to two wonderful children who keep me very busy.

How Do I Know?

My family and I moved to Northern Virginia about a year and a half ago from the Midwest.

It was a huge change.

There are so many things that are normal in Northern Virginia that you don't really see in other parts of the country.

I am going to share some of the fun (and not so fun) things people in Northern Virginia say and do. I hope you enjoy!

Wegman's is the Number 1 grocery store in the United States.

They have everything a normal store has, but that is where the comparison ends.

They have a top-notch butcher with a variety of harder to find meats and seafoods, a wonderful bakery, a sushi bar is located in the Seafood market area.

Their produce section looks like a huge farmers market.

They have a large Organic Section and a huge wine cellar!

They have a coffee shop and a row of restaurants where you can buy their freshly prepared foods for a great price.

The kids love it!

Have You Ever Had To Sit Through Traffic In The Washington, D.C. Area?

Route 66 is the main corridor that runs through Prince William County, through Fairfax County and into D.C.

The only other road you could take is Rt 29 and it is mostly a two-lane road.

If there is an accident on 66, the freeway comes to a standstill and everyone tries to get on 29 and then that gets bogged down.

There are even bumper stickers that say "I hate 66"!

The Orange Line of the Metro begins in the Vienna/Fairfax area and extends into DC.

It is the end of the line in Virginia.

The Vienna Metro has a huge parking garage where you can park, but it costs money on the weekdays.

My Allergies Are Killing Me!!!

Almost everyone who moves here suffers from allergies.

I, myself, didn't know I had asthma until I moved here because the severe allergies

I started having exacerbated my asthma and now I am on tons of medicine and getting allergy shots every week.

My ENT and Allergist and other Doctors have told me that the reason people develop such bad allergies when they move here is because Virginia has a mixture of Northern and Southern plants and the winters don't get cold enough to kill off all of the pollen from the year before.

Plus, the air quality isn't that great.

Where Are You From?

Barely anyone is actually from here.

This is a very transient area. Many people come here for work, but then end up getting relocated again after a few years.

Also, there are tons of military bases in Northern Virginia.

People are actually shocked when they hear that someone grew up around here!

Those people are few are far between.

Buying A Fix-Upper For A Half A Million And Thinking You Got A Deal!

Homes out here are ridiculously priced!

We moved here from the Midwest were you could get a very nice single family house with a big yard and great schools close to work for around $200,000.

You will not find that here! You need to spend over a half a million on a house to be in a decent neighborhood.

Otherwise, you will be living in a townhouse or renting.

We couldn't fathom paying a half a million dollars for a house after we moved out of our beautiful $160,000 house in the Midwest.

We ended up buying a townhouse an hour away from my husbands work and we still paid twice as much!

There are tons of Foreclosures in Northern Virginia.

If you are willing to deal with the pain of the Foreclosure process and get a fixer-upper with no guarantees, then you may get lucky and pay slightly less than half a million for a single family house!

Why Do They Call It Rush Hour When Nobody Is Moving?

Since there are so many people from different parts of the country and world living here, there are also a lot of different driving styles.

Also, since a lot of people are from out of town, they don't know where they are going.

We also get a lot of visitors since we are so close to DC.

You put those three factors together and you get a parking lot on the freeway during rush hour!

Even a little snow could cause people from non-snow areas to ditch their car in the middle of the freeway.

Yes, you heard that right! They literally get out of the car and walk off the freeway, leaving the car in the middle of a lane.

This is another reason we have such bad traffic jams!

During rush hours, the HOV (High Occupancy Vehicle) lanes open up only to people with multiple people in their car.

These lanes normally move a little faster than the rest of the lanes since most people drive their car alone and have to use up the regular lanes.

This is where the slug lines come in handy.

People may need a ride to work, so they hop in these lines and hope they get a ride.

People who have cars need another person in the car to be able to legally get into the HOV lane and hopefully move faster.

Yes, these people are picking up complete strangers in their cars and bringing them to work.

I thought that it was kinda strange that this was legal and common over here since I always was told not to pick up strangers since they could be Loonies!

We live 20 miles from my husbands work. It could take him anywhere from 40 minutes to 2 1/2 hours (normally over an hour) to get to work or to come home from work.

Where we moved from, 20 miles would have taken 20 minutes to drive!

I See A Snow Flake. Quick! Close The Schools Down!

When it snows, the schools close.

There are a lot of hills in Northern Virginia.

We are very close to the Blue Ridge Mountains.

I can see them from my window!

If there is snow build-up closer to the mountains in a county, then the whole county closes it's schools down.

We have already had a snow day, an early dismissal and a 2 hour delay this week and there is no snow on the ground right now. 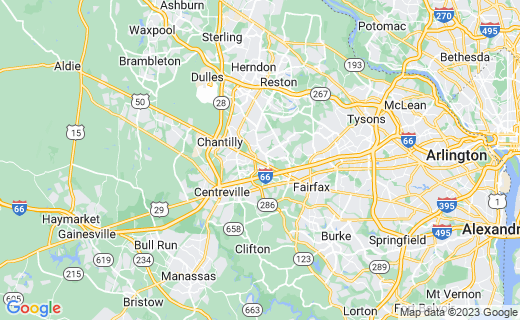