The California Missions Were Built For God, After The Names Of Saints

Beginning with Mission San Diego, in Southern California near the Mexican border, and ending with Mission Solano, in Northern California, the building of the California Missions was led by Father Junipero Serra. From 1769 to 1823, the Franciscan padres, who were originally from Spain, built twenty one missions, forming a coastal link called the El Camino Real. The Royal Road, it is now known as Highway 101, and this trail still weaves its way along the California coast, much as it did when it was merely a footpath. Father Serra began the first missions and lived to see ten of them completed. Of the three Northern California missions, Mission St. Francis de Asis, in San Francisco, was the only one that Fr. Serra lived to bless, journeying from his much loved parish in Carmel.

Mission San Francisco de Asis, was founded by Fr. Francesco Palou, in 1776, and was the sixth mission to be built under the guardianship of Fr. Serra. The mission church thrived successfully, if slowly, with a growing community of Indians, Mexicans and American settlers who maintained the land and reaped plentiful harvests. But the mission was sentimentally nicknamed Dolores for a nearby spring, which ran through the parish-site, Arroyo de Nuestra Senora de los Dolores. “Our Lady of Sorrows Creek”, the metaphor is believed to signify the sicknesses which were contracted due to living in the perpetually cold, foggy weather of this region.

Indeed, the thick, white fog and blustery winds that engulf the San Francisco Bay, deterred a number of explorers from finding, or further exploring, the magnificent bay. As if providence wished for further delay in populating the pristine hills which cascade down to the briney waters; fog, as thick as sheets would baffle the explorers, or the windswept “hill” that lies in the middle of the bay, now known as Angel Island, would seem to move Promethean-like and shift within the narrow entrance of this great body of water, masking the actual grandeur of the bay, causing an illusion of one continuous shore-line.

Hence, Mission San Francisco de Asis, its community and missionary life survived with little if any incursion until the secularization of 1834. The padres used adobe and brick, which was readily available, for the construction of all of the mission-sites. Working with the Indians, much of the colorful artistry and design work crafted from Native American traditions remains in the missions today. Fr. Francisco Palou named the San Francisco Mission for St. Francis of Assisi, founder of the Franciscan Order.

The Mission has gone through many changes in 235 years, but remains an active church in the Catholic community and maintains its first small parish and cemetery alongside a newer church, and a gift shop and museum. The cemetery-grounds, to dramatic and historic effect, played a role in the 1950s, Hitchcock movie, Vertigo.

The original bells, cast in the 1790’s and hung from rawhide thongs, are still rung during Holy Week.

The Warmth Of A Northern Sanctuary

Due to sickness as well as threats from a Russian fortification further north along the coast, a new mission was built as an extension to the presidio of San Francisco de Asis. Many of the inhabitants, as well as stock and provisions, were moved to a warmer climate. This newly founded site, fifteen miles to the north beside a flowing stream, among fertile hills flourished in what is now the town of San Rafael. The Russians never did prove to be a real threat, but illness from the cold, coastal climate was.

The twentieth mission and second-to-last along the El Camino Real trail, the San Rafael Arcangel Mission was begun in 1817 as an asistencia, or hospital, for the Indians at Mission Dolores who suffered intermittent illnesses due to the unusually cold, damp weather of foggy San Francisco.

Under the leadership of Fr. Vicente de Sarria, building of the Mission took place over a fifteen year period and retained official mission status in 1823. This Mission is named for St. Rafael, the arcangel, known as the angel of joy, good health, travelers, and happy meetings. The saint is said to be one of the seven who stand before the throne of God, and St. Rafael is greatly honored throughout the Christian world.

Having withstood attack, abandonment, and disrepair, the original chapel was restored after the Mission Carmel design, with an arched sanctuary and a modest, star-shaped window. Today, a larger, more modern, Spanish style church, The St. Raphael Parish of the Archdiocese of San Francisco, and the Mission Arcangel now share the same tree-sequestered site on 5th street, along with a museum and gift-shop.

During the Italian street painting festival in the quaint town of San Rafael, young artists create familiar, holy depictions along the promenade just one block down from the church. The bells can be heard ringing at designated times, and a larger museum on 4th street houses some of the original statuary from the first chapel.

Founded in 1823 by an ambitious young padre, Fr. Altimira, the Solano Mission was named for St. Francis Solano, who was a missionary to Peruvian Indians.

Fr. Altimira’s quest was to build a mission at the furthest reaches of the Spanish Empire, to find native “neophyes”, as well as to defend Spain against Russian encroachment. Altimira’s ambitions went so far as to propose the closing of the two other northern missions in San Francisco and San Rafael.

His impetuous request was denied, but he did go on to establish his mission along a stream, nestled amidst the foothills. The padre named the outlying area “The Valley of the Moon”, derived from legends of the indigenous people concerning the moon’s mysterious appearance in winter, seeming to rise seven times in succession, shining over the mountains and lower valley. The American writer, Jack London, wrote a novel about the area and Glen Ellen, which became his home. The book is called “Valley of the Moon” and stands as a beautiful tribute to the Sonoma Valley and a self-preservationist life-style.

The Russian threat never materialized; indeed, the Russians sent useful provisions from a friendly strong-hold to the north at Ft. Ross: vases, silk and other materials, and even bells. Many of these artifacts can be seen today on the mission-site.

As with all of her sister missions, the Solano Mission withstood many violent changes, through attack, secularization by the Mexican government, then practical use by the U.S. government and finally abandonment. The Solano Mission was eventually bought by the Historical Landmark League in 1903 and restored, as close as possible to the original adobe chapel, in 1911.

Located in the town of Sonoma, in fertile grape-country, the mission bells are rung every October in a blessing-of-the-grapes ceremony.

The 1860’s brought a new interest and popularity in the missions.

In 1884, the novelist, Helen Hunt Jackson, wrote Ramona, which became a popular, if somewhat romanticized, novel about the missions, drawing much attention and desire toward California. And in 1885, Charles Fletcher Loomis, while walking to the Golden State from Cincinnati(!), sold his story to the Los Angeles Times and was subsequently offered the position of city editor of the Times upon his arrival in Los Angeles. During his life, he wrote several books about the missions including, “Those Old Missions”, 1888.

During the 1880’s and into the next century, preservation and restoration projects of the missions continued as a response to overwhelming demand from people all over the country. This period of renovation ushered in architecture that became a dominant feature in California culture. Spanish colonial tiled roofs and arches in the mission style were incorporated into much of the architecture of California.

The padres designed and built the churches of the missions for God, reflecting architectural and interior design which embodied the religious characteristics of the cathedrals of Spain. With as much craftsmanship as their scant funding from Spain would allow, each house of God was lovingly molded by the padres and Indians to every detail, from the campanario, or bell tower, to a colorful array of decorative trompe l’oeils.

And as the padres and Indians were building a community together, much of the design work and painting of the interior showcased Native American artistry with the Indians’ natural aptitude for spirit and color. Love of the Spanish style missions and their churches became so popular, that new California settlers, generation after generation, delighted in this architecture of their European past. 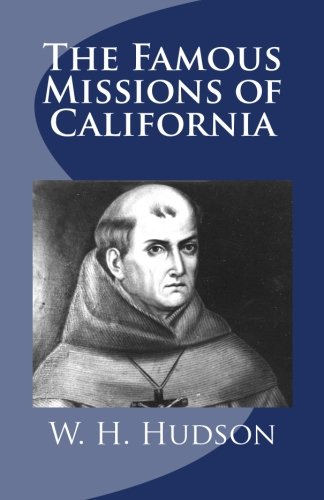 St. Francis of Assisi: Writings and Early Biographies: English Omnibus of the Sources for the Life of St. Francis (2 Volume Set)
Buy Now