Three Sights in Rome in One Weekend

Rome, known as Roma in Italy, is the capital of the Italian Republic, as well as the administrative capital of the Metropolitan City of Rome and of the surrounding wider region of Lazio. With around 2 876 000 inhabitants and covering around 1287 square kilometers, it is a highly populated municipality, also having a number of green spaces. Rome was the famous heart of the Roman Empire. Its history is known to go back nearly three millennia with examples of the foundations and habitation through its history still evident in remains and preserved architecture throughout the city. Within Rome is also found the papal state of the Vatican City, a worldwide religious hub. As such Rome attracts many visitors throughout the year who experience a place that was a core of ancient western civilisation and a centre of importance in medieval times, as well as being a vibrant modern city with many restaurants, cafes, businesses and retail outlets.

There are three main sights which many tourists head for, though not exclusively due to the many other possible venues to be visited. They can be viewed in as little as one weekend and for those staying longer, are also within reach of other popular tourist attractions. First of all the Colosseum or Coliseum is a vast arena dating back to AD72, and located at a central point in the city. In its heyday public shows were performed, often with epic proportions, and the famous gladiators fought violent battles for public entertainment. Many visitors also like to head to the Trevi fountain, a beautifully ornate sculptured fountain which seems to emerge in an almost lifelike fashion from the building it is attached to. The third sight, Saint Peter's Square is within the area of the Vatican City, a papal state and itself technically a separate country located in Rome on the western side of the river Tiber. Saint Peter's is known as the main square by the Vatican where the Pope resides.

Travel around central Rome is possible by using the bus service or metro system. Travel and visiting passes can be purchased via the links on the official Rome tourist office site. Taxi companies operate in Rome including the Uber taxi service which can be accessed via a downloadable app. When visiting Rome on a sightseeing trip there is so much to see and do, whether churches or exhibitions or the remnants of the ancient Roman civilisation. Modern Roman hospitality will often also guide visitors to sample traditional dishes and experience the most sociable side of the city.

Visiting the Colosseum or Coliseum

The Colosseum or Coliseum (Italian: Colosseo) is an ancient arena dating back to AD72. Its imposing structural remains dominate the central part of Rome that it occupies. Forming an imposing monument in the middle of the Piazza del Colosseo, and known also as the Flavian Amphitheatre, it has seen some changes in the condition of its structure over the centuries, though enough of the main building remains to demonstrate its size, shape and the way its original features and layers were probably organised, proving of great interest to visitors and historians alike. Work has also been carried out to restore parts of the structure.

A visit to the Colosseum can take from two to four hours and queues are variable according to the season, also allowing time for the additional security measures in place. It is possible to buy tickets in advance via links on the Rome official tourism website or to queue for tickets at the venue. For visitor information about the Colosseum at the venue, a convenient and affordable option is to pay for the hire of a digital audio guide on site which can link in to various points around the monument providing information about that particular part of the arena.

The building at its highest point reaches around 48 meters and forms an oval with a perimeter of around 527 meters. It was said to be able to accommodate from around 50,000 to 75,000 spectators, as much as many modern day sports stadia.

The name of the Colosseum is thought to have emerged from the existence nearby of a colossal statue of the emperor Nero, and the statue's head was said to be replaced at various times with the sculpted heads of other ancient Roman leaders. There is a double structure to the exterior of the Colosseum and within are stairs, walkways and archways that lead to the seating for the main arena. The stage had many devices and trapdoors used to add to the show's entertainment and the floor itself was covered in sand. The word 'arena' in fact derives from the Latin word for sand referring to a sand strewn place of combat. The sand would be spread over the surface after each battle, covering the evidence of the fights that had taken place. Originally built on the site of Nero's palace the Colosseum was ordered to be built by Vespasian who sought to stage battles involving gladiators and animals to entertain the public. Numerous archways led into the seating area and there were entrances for the contestants.

Today the Colosseum has a structure and remains which serve as a reminder of this decadent and remarkable life of an empire which spread its influence to Europe and beyond, including the Middle East and Africa.

Standing by the Colosseum and in a remarkably well preserved form is the Arch of Constantine, a triumphal monument dedicated in AD 315 to celebrate 10 years of Roman emperor Constantine's reign and mark the victory of Constantine over Maxentius. Heavily decorated, the arch friezes include images of hunting and sacrifice. The arch also marks the route through which triumphal marches would travel when Roman generals celebrated their victories in Rome. For longer visits, within a reasonable distance is also found the famous Circus Maximus, renowned for the spectacular chariot races held there in ancient Rome, and the Roman Forum, a meeting place dating to ancient Roman times, famous for the temples and monuments found there.

Following a visit to the Colosseum there are restaurants, cafes and terraces for food and refreshments found around the vicinity of the Piazza del Colosseo. The metro stop 'Colosseo' is located near to the monument.

When I go sightseeing

Emerging from one side of a palace, the Palazzo Conti di Poli, also known as the Palazzo Poli, amid lifelike sculptures, the Trevi Fountain (Italian: Fontana di Trevi) is one of the most famous fountains in the world. Located in the Trevi district of Rome, it marks an ancient water source in Rome, itself dating back to at least AD19. The fountain's large size and ornate figures provide spectacular subjects for photographic views.

Belonging to the late baroque period, the present fountain is constructed out of travertine stone, marble, plaster, stucco and metal. It was designed and started by Nicola Salvi and completed in 1762 by Giuseppe Pannini, taking around 30 years to build. The square was extended and changed to accommodate the ornate structure and provide the best aspect for viewing. The theme is the 'taming of the waters' with Oceanus with a sea shell chariot and ancient Tritons taming hippocamps or mythological sea horses.

In ancient Roman times the source of the fountain was part of the Aqua Virgo, the twenty mile long virgin water aqueduct, so called as it was said that the assistance of a virgin was required to locate the source of the water. Bas reliefs on the fountain depict this story. The source was extended over the ages until it was made to reach the current location and provide the water for this baroque fountain.

Visitors have traditionally thrown a coin into the fountain. As this requires some closeness to the fountain pool, visitors may need to wait until the crowds have allowed space next to the fountain. The money is collected by the authorities for charity. It is advisable to check signs and the official Rome tourism website for advice on permissible practices as visitor rules and security measures could change.

A visit to the Trevi fountain can take around one hour and there are cafes and restaurants within reach of the area. Barberini - Fontana di Trevi is a Rome metro stop nearby. 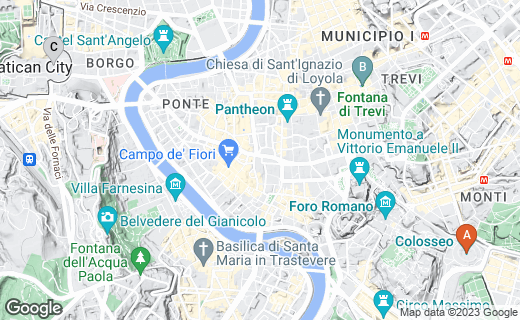 Saint Peter's Square, known as Piazza San Pietro in Italian, is a public square found in Rome's Vatican City in front of Saint Peter's Basilica. The Vatican City, though itself located in Rome is actually a papal state, country and its own capital. Named after Saint Peter the apostle and first pope of the Roman Catholic religion, Saint Peter's Square is known as a place of pilgrimage and gathering as well as being located near to sites of special interest to visitors within the neighbouring Basilica and the Vatican museums.

The geometry and architecture of Saint Peter's Square make a striking approach to the basilica, with large statues appearing to peer over the view from colonnades forming an oval shape. In the centre is found an ancient Egyptian obelisk that was imported and erected over 400 years ago. Its position is in the centre of a radiating floor area in the middle of the colonnades which partially enclose the Piazza. The layout of Saint Peter's Square was redesigned in the late 1600s to provide visitors with a better aspect and view of the Pope's blessing. Fountains were added to this design.

Drawing many visitors each year, some to attend the Papal mass in the Basilica or in the square on certain occasions, the atmosphere can be noticeably exciting and visitors are sometimes with or near groups of praying pilgrims. At certain times of the year, a papal audience may be held in the square. When in town, on Sundays, the Pope may give a blessing from his apartment balcony and say prayers. Further details on the Pope’s calendar may be found on the official Vatican website.

The Vatican comprises the papal enclosure, and the public may visit Saint Peter's Basilica, the exterior being observable from the square. Much of the Vatican enclave is restricted to the public though there are tours to certain areas. A short stroll will allow tourists to see the Vatican Guards (also known as 'Swiss Guards'), by their guard posts, whose role is to protect the Pope. The sheer size and scale of the Vatican enclosure is impressive with its fortress style walls. The nearby Vatican Museums have collections of art, sculpture and artifacts as well as providing access to the Sistine Chapel which has spectacular fresco artwork by Michaelangelo. More details on admission are possible via the official Vatican Museums website.

There are a number of restaurants and cafes located within walking distance which provide typical italian food choices. Souvenir stalls are found near the square and provide an interesting selection of memorabilia from a remarkable location. Metro stop Ottaviano S.Pietro is located nearby. 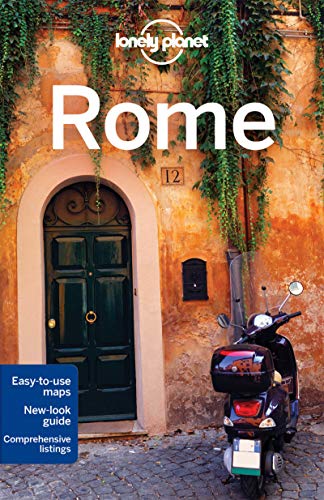