Most people associate cruise ships with cold weather getaways to tropical climates, complete with exotic ports, sandy beaches, and maybe a fruity drink with an umbrella. But Caribbean islands aren’t the only cruise options. Why not think north? Alaska and the Inside Passage are growing in popularity as cruise destinations, and it’s no wonder. Combining the luxury of a cruise with the spectacular scenery of the Pacific Northwest is a recipe for a fantastic vacation.

Tropical destinations can be cruised virtually year round, but the Alaska cruise season is fairly short, running from May to September. The peak of the season runs roughly two months, from the second week of June through the third week of August. At this time of year, the days are at their longest and the weather at its warmest. With the salmon runs at their peak it’s the best time of year to see bears, and it’s also the best time for whale watching.

But not surprisingly, peak season also brings bigger crowds and commands higher prices. Both ships and shore excursions fill up more quickly. One alternative is to travel during what is called the shoulder season, or the periods just before and after the peak. For Alaskan cruises, this translates into May and September.

The down side to cruising during the shoulder season is shorter days and cooler temperatures, as well as the risk of fall’s typically rainy weather. On the plus side, the crowds are smaller, which can make it both easier and cheaper to book cruises and shore excursions. Cruise in May to experience the wildflowers that bloom during Alaska’s brief spring, or choose September to take advantage of the fall foliage.

When to book your dream Alaska trip

With the proliferation of websites offering the chance to bid on spur-of-the-moment air fares and hotel bookings, last minute trips have become almost synonymous with saving money, but this doesn’t always hold true when cruise planning. There are often last minute bargains available, especially during the shoulder season, but there are trade-offs. 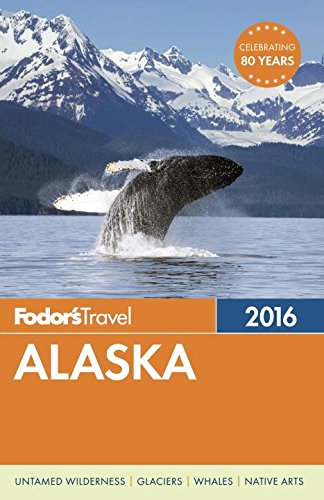 These deals sometimes come at the cost of settling for less desirable rooms. On cruise ships, that often means interior staterooms with no windows. For more of an ocean cruise with many days at sea, this may not be an issue, unless you enjoy looking large expanses of water. Alaska cruises, on the other hand, feature incredible wilderness scenery at every turn, so a room with a view is a must. Booking a cruise at the last minute may also mean fewer choices in shore excursions, since the early birds have the opportunity to snap up the most popular choices.

When it comes to cruises, the best deals are actually available for those same early birds, the earlier the better. Cruises begin booking 6, 12, or even 18 months before departure, and cruise lines offer extra discounts and upgrades for passengers willing to commit early. Of course, not everyone is able to plan so far ahead or is willing to risk losing a deposit if plans change, but if these aren’t concerns, why not take advantage of the chance to get both a good price and the most options?

Packing for an Alaska cruise

When someone suggests ‘cruise wear,’ the first thought may be bikinis and shorts for day and Love Boat style formal gowns for evenings, but Alaska cruises are a little different. The bathing suit will probably still be handy on board ship, and shorts will be comfortable during the warmer days, especially during peak season, but summer in Alaska isn’t a tropical season. Temperatures generally range into the 70s during the day and can dip into the 40s or even 30s at night. The weather may also be rainy, especially in the fall. Include a waterproof jacket or poncho, a sweater or sweatshirt, and a long sleeve shirt or two. You may even wish for a warm hat and gloves at night.

Shore excursions aren’t likely to include lounging on a warm beach. Hiking is a popular option, as are float plane and helicopter sight-seeing excursions. You may even have an opportunity to go dog-sledding or take a glacier walk. Your clothing needs are less likely be for an extra bikini and more likely a need for want comfortable, sturdy footwear and good socks. And while many cruises still offer more formal evening activities, these tend to be less formal than the television and movie image of a cruise dinner. Depending on the cruise line, long gowns and tuxes will probably be more extravagant than necessary. Cocktail dresses are usually sufficiently formal for women, while suits and ties are appropriate for men.

It’s never too early to start planning – what are you waiting for?