Toronto is a large city full of attractions that boost travel and tourism businesses during all seasons. An example is the fascinating Yonge Street, a National Historic Site of Canada and the longest street in the world.

A Giant City in Canada

This city is huge not only in land-area size and population, but also in the vastness of its multiculturalism, business, tourist attractions, cultural opportunities, Chinatown, mega-bookstores...it is impossible to name them all outside of a large directory.

Over 5,600,000 people live in the Greater Toronto Area (GTA), with a little fewer than half of them living in the City of Toronto itself. This makes the population nearly three times that of my city and our streets are already so crowded that sometimes its faster to walk a mile than to drive it. I think one could stay lost in Toronto for several days.

Millions of tourists visit Toronto and its suburbs annually, while permanent residency is not increasing much (less than a single percent yearly).

A colleague of mine talked about his visits to Toronto often and described his favorite record shop - one he visited as often as he could take vacations. On his first visit, the moment he stepped in the doorway he knew he'd been there before, but he had not. Before proceeding into the shop, he knew every corner of it on its different levels and in different rooms. It was like magic for him.

This shop was Sam The Record Man, which became a chain, but declined and closed the original large store in 2007.

Photos around the Internet of the interior show that it looked exactly like one of the large 5-and-10-cent stores in Central Ohio, except that Sam's was completely filled with records and musical items. Live, Work and Retire in Toronto

Another friend of mine takes vacation days from work to spend many long weekends in Toronto's Chinatown, her favorite spot and the site of many festivals.

With all the hurry to get to good times in Toronto, why is it not on the Top 10 Best Places to Live list produced by MoneySense each year?

It seems that "Everyone" wants to go have fun in Toronto, but the city usually does not make the Top 10 Best Places to Work, Live, or Retire. It is a bit like the locale in the film Blade Runner (1982) with its frenetic supercity of the future.

The Fourth Most Livable City in the World

MoneySense uses a different set of criteria for choosing its choice cities, while The Economist magazine awards Toronto the fourth-place standing in its Top 10 Most Livable Cities in the World roundup.

Criteria for selection to this list include a significant availability of goods and services, low overall personal risk, and a well-maintained, updated infrastructure. The threat of terrorism is considered low in these cities as well. However, The Economist chooses largely English-speaking cities and this has drawn criticism from media outlets.

The cost of housing also takes up, on average, a larger proportion of household income in Ontario than it does in many other Canadian cities.

MoneySense's Best Places to Live and Retire in Canada

The cities names in Ontario Province are located around the healthy economic area called "The Golden Horseshoe."

Ontario is MoneySense's top pick for best province for retirement, with five communities, many near Toronto, ranking in the top 10 recomendations. 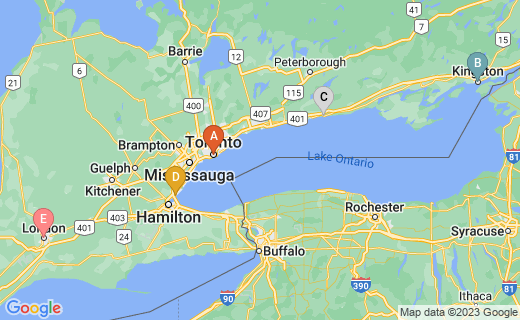 B
Kingston ON:
Kingston, ON, Canada

C
Cobourg ON:
Cobourg, ON, Canada

E
London ON:
London, ON, Canada

The Cabbagetown Preservation Association maintains a mission to preserve the historical landmarks of this region at the east end of Downtown Toronto. This includes architectural integrity of the neighborhood in an official Heritage Conservation District.

Revitalization of urban areas and other neighborhoods of Toronto is important to residents, visitors, and business enterprises in that ongoing development and preservation increases economic growth and improves ways of life.

A great many activities are ongoing in Cabbagetown. These include the annual Forsythia Festival each May, Cabagetown Festival every September, and productions of the Toronto Dance Theatre and School, the Danny Grossman Dance Company, Canadian Children’s Dance Theatre, and TILT Sound + Motion. The Annual Cabbagetown Short Film & Video Festival is also a treat here. 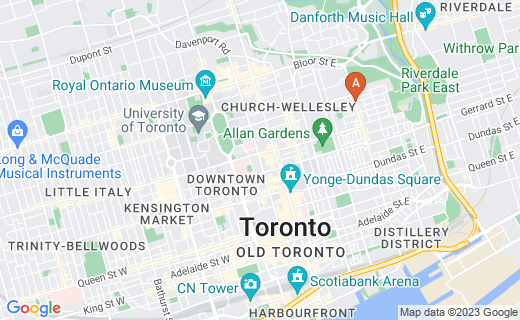 Comedy, Culture and The Arts Average wages from 2012 through 2015 for select occupations in Toronto and suburbs shows data available at WowJobs.com.

Thousands of job vacancies are listed from across the Internet and gathered by Major job search engines for Toronto, Ontario.

WOW Jobs in Canada list quite a number of these jobs and, in fact, opened its USA sister search engine WOWjobs.US with First Quarter 2015 job listings numbering at 300,000,000+ jobs across Canada.

The bulk of the jobs available in Toronto are within careers of Business, Finance, and Sales. Companies posting the largest numbers of jobs include banks, other financial institutions, and IT related businesses.

This trend matches the predicted Job Futures for Toronto as far as the Businesses Services part of the forecasts reaches, as listed it the link below. Tourism seems to be on the increase, along with Canadian cruise line jobs and should begin to fulfill the predictions for increases in Accommodations/Food Service moving forward.

Companies Listing the Most Jobs Available