There is one country in Europe that dominates the world of medieval castles more than any other country in the European Union that country is Germany. If you like castles this is where you want to be. In almost every state in Germany there is a historical castle waiting to be explored by you. Most of them are lined up the Rhine river so if you get a chance to take a tour boat ride it is something you will truly enjoy.

Here are the greatest castles that anyone visiting or living in Germany should take extra time to see and experience.

The first castle on our list we are going to visit is the Schloss Neuschwanstein it is by far the most recognizable castle in all of Germany. It is set up high on the hillsides and on the border state of Bavaria. This is the castle that originally inspired the castle at the world renowned Walt Disney world in Orlando Florida. If you explore this grand wonder you will notices all the symmetrical gate houses are flanked by a set a stairs that if climbs gives you a breath taking view of the surrounding countryside. The castle has long been abandoned but was taking over by the German parks department and can be toured daily.

The next castle on our list of favorites that is a must see while in Germany is the Burg Elt. It is located in the lower Mosel valley, which rides high above the Rhine. This particular castle has a long strenuous history of family feuds and infighting. The current members of the original household still dwell there. The castle is roughly 800 years old and after two world wars still in prime condition. The castle tours offer a glimpse into life back in the medieval ages with original décor and period dressing. A sure fire hit for any castle lover. One very interesting thing about his castle is that they say that the numerous toilets are the original flush version that date back to the early 14th century

The Meersburg Alte Burg Castle is our next local it is located near the black forest are in wurttemburg. It is famous castle built in the early 7th century. Although modified over the years and the original structure is no longer visible it is by far the most beautifully kept. The German poetess Annette von Droste-Hülshoff. The fortress includes a medieval living area, a Knights Hall, an Arms Hall, a well-room, a castle dungeon, chapels, guard’s walkways and towers, the picturesque fortress garden and the defensible northern bastion. For a small fee there is public tour available.

The Wartburg, situated just outside Eisenach in the Thuringia region, was one of the original castles that kept the writing of Martin Luther hidden because of fear of reprisal from the Roman Catholic Church. This castle also held singing contest and is one of the oldest Romanesque building in all of Germany. So this is again another must see while on vacation or holiday in Germany

The marksburg is making our list because it is more of a modern castle but no less significant then any other in Germany. This castle holds the world’s largest medieval armory collections around. If you are interested in medieval war devices and torturing racks this is a historic place to visit that is sure to please the historic war buffs out there.

Schloss Sanssouci: Now there's one you can't miss. This castle sits just a little outside of Berlin so it is a easy one to see anyone flying into the capitol. This castle originally belonged to Fredrick the great. This was used as summers get away for the great ruler of the time. There are public tours available and the one to see if you are only visiting near Berlin.

This is a significant castle that was originally built during the 17th century in the first neo gothic style that was available. It was rebuilt in the early 19th century and used war headquarters during WW2 but don’t let that scare you it is still filled with a rich history of the German people even if some of it is not as glorious as it should be. It also has an impressive collection of art from the original time period on display and can be toured by the public.

This is thee if not very close to the largest castle fortress in German history. It is located in Saxony Germany. This castle has had many time periods aspired to it from the original medieval almost 800 years ago to the more modern gothic, and renaissance time periods of architecture. During the World War it was used to keep prisoners and a hideaway for some of the best artwork ever produced. This castle is on the list as a must see for it gives you a clear picture right through modern architecture time. This castle can be viewed buy the public by reservation.

This castle is the main castle for the ruling family of Germany called the Wittelsbach family. They occupied this castle in Germany for well over 600 years. It is located in Bavaria and is a very massive complex. It is lavishly decorated throughout and original constructed in the late 1600s. this is a must see castle for the history of Germany.

Of course last but certainly not least is the castle of Schloss Heidelberg. It is one of Germany’s most famous castle ruin locations. It has been dramatized as also a romantic site for those in love or getting married. For more than 7 century’s principle residence of the Prince Electors of the Kurpfalz, it was destroyed by the French in the 17th century but continues to dominate Heidelberg's skyline. Photograph this for the memory. 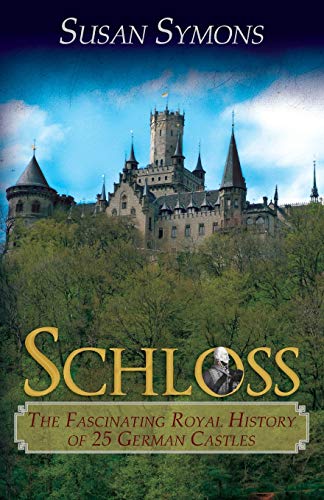