Because of fast growth and development, the City and County of Broomfield was founded in November 2001, where the city had formerly been located in four separate counties in a land formerly inhabited by the Apache, Arapaho, and Cheyenne Native Americans.

As European-Americans headed west, the Broomfield area became part of the Louisiana Purchase. This happened in same the year Ohio became a state: 1803. The 1850 discovery of gold and the 1870s advent of the railroad in Colorado increased transportation, commercial, and residential access to the land. A Boulder Turnpike highway opened in 1950.

The majority of the most frequently listed job vacancies are occurring in Information Technology (IT), Management, Retail Sales, Healthcare, and Casual Dining.

Much of this labor market opportunity is involved with increasing populations, incoming businesses, and the location Broomfield midway between the larger Denver and Boulder, Colorado Metro Areas. The entire makes a larger region as the Denver - Aurora - Boulder Metro Area. Money tells us that population rates are rising, crime rates are low, and school systems are of the highest standards and effectiveness.

Broomfield was placed on list of the Best 100 Places to Live in America by CNNMoney.com in 2010.

The city is in the Number 19 slot out of the 100 cities , with a population of 55,000+ and a driving distance, as advised by Money of only 20 minutes to either of its nearby the larger metro areas. 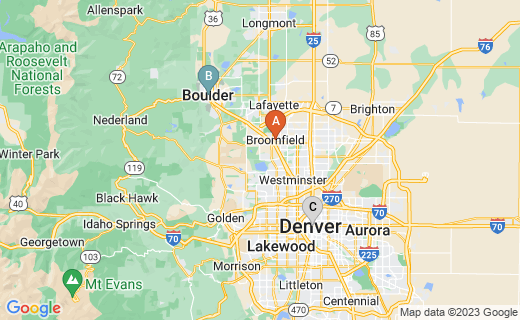 Rocky Mountain Airshow: First Drone Filming of an Airshow in 2014

Sections of the town of Interlocken were added to Broomfield in the mid-1980s and became a business park that was facilitated by additional highway construction, much of it accomplished with private rather than government funding. SUN Microsystems and Level 3 Communication moved in, followed by the Flatiron Crossing upscale mall. All this was followed by continuing commercial and residential growth in tandem with transportation improvements.

Healthy Broomfield (healthybroomfield.com/) encourages healthy activity in its Broomfield America on the Move project. Attractive blue and white signs around Broomfield and surrounding towns encourage folks to walk 2,000 steps a day, eat just 100 calories less per day, and to park farther away from businesses and walk for healthy activity.

Famous Local People and Their Racehorses

Walt Disney Pictures has filmed a true story about a famous Denver racehorse owner and a famous line of race horses that produced a miracle in 1973.

The female owner, Penny Chenery Tweedy, took the reins of a crumbling racing empire while continuing her role as homemaker, and determinedly fought discrimination against women with the support of her staff, friends, and finally her own family in order to produce the miracle of Secretariat.

Actual Footage of the 1973 Belmont Stakes

Mrs. Penny Tweedy lived to age of 95 when she padded away in 2017, having raised two daughters and two sons with her husband John in Denver.

She flew back and forth between Denver and her father's farm, Meadow Farm, in Caroline County, Virginia to keep the lineage and dream alive that would manifest as the horse Secretariat.

Penny did all of this in the late 1960s and the early 1970s when the discriminatory glass ceiling was so thick that women could hardly see through it. Advancing age and racial differences were also major qualities for discrimination in these years of the Civil Rights Era and Vet Nam Conflict.

Secretariat years in the 2010s. The horse Secretariat is called the "greatest racing horse that ever lived." I wondered why, having seen footage of only the first two races in the 1973 Triple Crown of Thoroughbred Racing. Unreal to my eye, the Belmont Stakes at the end of the trio of races in 1973 was astounding.

Having set speed records against other top horses in the first two races, Secretariat won the Belmont Stakes by 31 lengths.

To date, he is the only horse ever to be featured simultaneously on the covers of Newsweek, Sports Illustrated and Time. His speed records remain thus far unbroken for his Kentucky Derby and Belmont Stakes runs. In June 2015, American Pharoah bested his time on the final quarter mile of the Belmont Stakes, though, by about one second.

He is the only animal in the ESPN 50 Greatest Athletes of the Century. Reporter and author

William Nack and Walt Disney Pictures present an inspiring story in Secretariat, highlighting American sports history that not everyone knows.

These top employers maintain large employee pools and advertise many of the 50,000+ jobs available in the Broomfield area. 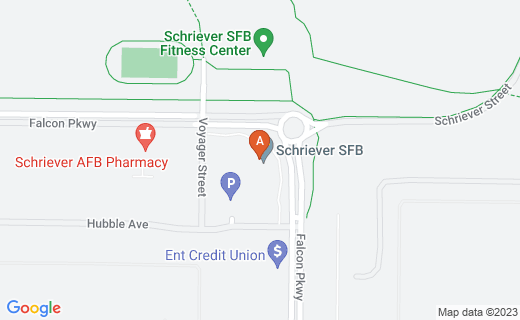 The USAF 50th Space Wing is another agency located near Broomfield, about 60 miles to the southwest and near Cheyenne Mountain military installations.

With privatized spaceflight and major spaceports becoming operational in the American Southwest, this installation and its Schriever Air Force Base can be important to future growth in the Denver-Aurora-Boulder area.