Culture and History on Lake Ontario

Kingston was founded on the east extremity of Lake Ontariok along the shores of this natural wonder cut long ago by advancing and receding glaciers and filled with rain and ice melt as well as waters from the St. Lawrence Seaway system. The Great Lakes system was once hoped to hold the gateway to the imagined Northwest Passage by water to the Pacific Coast. It did not, but enough ice melted in Canada to reveal such as passage further north in the 2000s on NASA satellite images.

Travel and Tourism in this area thrives on this kind of nature and other scenic beauties in a province that offers clean air and a foundation of sustainability in its culture and industry. Urban living is also popular in Kingston, with several employers located within easy walking distance or a short ride from residential complexes.

Kingston is a Historic Community

Kingston is a historic community, an important site in First Nations history, French and British settlement, the French and Indian War, the Seven Years War, the War of 1812 - 1814, and other events leading up to today.

The city is also at the head of the famous 1000 Islands, offering cruises, and the UNESCO-designated historic Rideau Canal. In conservation efforts the Local Food/Local Chefs project brings extraordinary dishes to the public from right in Kingston. A Buskers Festival during the second week of July is a delight, especially for visitors that have no street performers in their home cities,

A good beginning to your acquaintace with Kingston is the Confederation Trolley Tour that is 50 minutes long, leaving from Ontario Street across from Kingston City Hall each hour. It includes a long list of sights, like the two major historic colleges: Queen's and The Royal Military College; historic forts, interesting prisons that are a popular though dark attraction, The Olympic Harbour, and others. 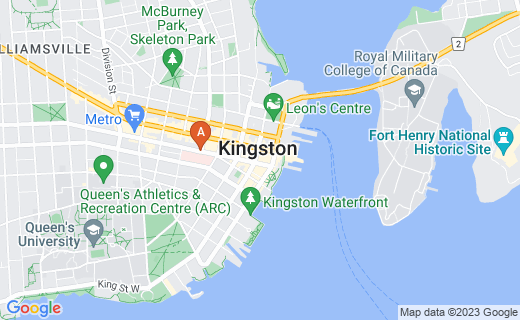 The Arts in Kingston

Arts and entertainment together create a string life force in Kingston, Ontario.

Kingston hosts many yearly arts and outdoor music festivals, including Fanfayr, the Limestone City Blues Festival, Kingston Jazz Festival, the Kingston Canadian Film Festival, Reelout Film Festival, and several others listed in the links below. Many fine arts professionals make Kingston home, working in visual and media arts, literature, and performance arts. Even a WritersFest is held every year. How many cities offer that?

Non-profit arts foundations are successful in this city after nearly a half-century of operations for some, i.e., the Agnes Etherington Art Centre (since 1957), Modern Fuel Artist-Run Centre (since 1977), and newer operations in the 2010s. Exhibitions are offered at each venue to present work by artists that come from across the 4,000 some miles of Canada, including Aboriginals, and from over the globe. Additional art venues include Union Gallery at Queen's University, Verb Gallery, Open Studio 22, and several others.

Be sure to view the military arts video, below right. The Fort Henry Guard is the only other unit with which the US Marine Corps Silent Drill Platoon ever performs.

By building Fort Frontenac on the Cataraqui River with a trading post, the French of New France aimed to boost trade with the Iroquois Confederacy. These Native North Americans had been a long-time threat to the French in their strong alliance with the English. Today, the largest group of Iroquois people live on the reserve in Ontario. 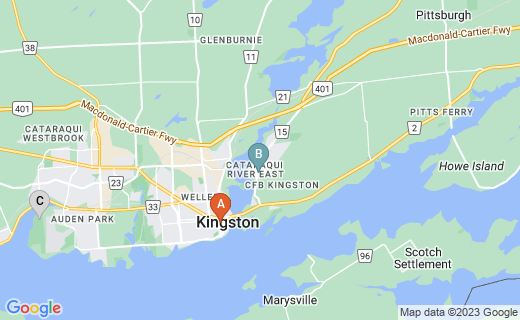 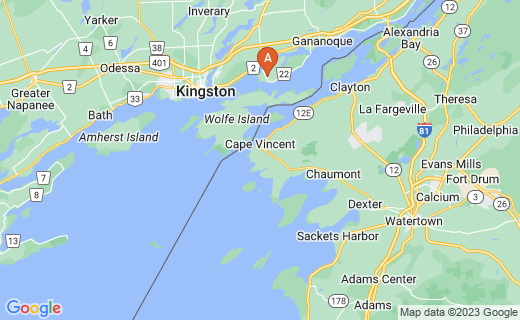 Wrecked Ships Diving or viewing form the shores is a big attraction throughout the Great Lakes on both sides of the Canadian-American Border. Historic wrecks include those from the War of !812, the Seven Years War, and other confrontations, as well as commercial ships.

This lovely conservation area on Lake Ontario is approximately 334 acres or 136 hectares of green-space near Kingston. Wildlife such as deer and waterfowl, plants, and trees are protected and enjoyed safely here across hiking trails and picnic areas, with cross country skiing when snow falls sufficiently. Swimming, fishing, and snowshoeing are offered seasonally in this large park.

The Lemoine Point Farm is a working farm on 88 acres of land near the conservation area is still owned by the last landowner's family, but may be purchased in the future.

Lemoine Point is one of the largest conservation and natural areas accessible to the public, including the physically challenged, throughout the Lake Ontario shoreline region.

This Conservation Area holds an annual Plant Sale during the third week end May. full of native plants to incorporate into you landscaping. To any traveler who has any taste of his own. the only useful guidebook will be the one which he himself has written.

During the tourist season in July 2010, job search engines collected 500 job vacancies specifically for the Kingston market area. By January 2016, about 1,200 jobs were available and by July 2018, over 1,500 jobs were listed.

Most job openings are available in the following titles: 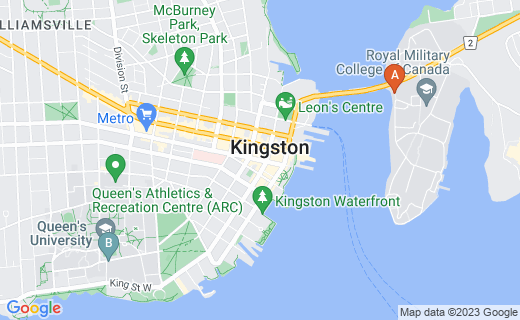