Wealthiest Towns in the USA Are Open to All

Job seekers might want to consider looking for work in America's richest cities and towns, because even these have affordable housing developments to help workers until they gain stables wages with promotions and additional pay and perks.

Among the Rich List recently published by BusinessWeek of its Wealthiest 25 Towns in America, nine of these places are located on Long Island, New York.

These rich towns are:

The Forbes organization's list of richest cities, mentioned above, includes not ony Munsey Park on Long Island, but also the villages of Plandone (home of an Antarctic adventurer!), Plandome Manor, and Plandome Heights, and Hewlett Neck, nearby.

Long Island is a hot spot for wealth as well as natural habitats and America History. In fact, the northern coast of Long Island is called the Gold Coast here.

Keep Calm and Move Across the River

Save Money Across the River

A growing trend among our Millennial Generation is to secure employment in a "rich city" and live just across the river, across Long Island Sound, or across the county line in a suburb that affords lower housing costs and lower taxes. This is very smart! Examples of this are Cincinnati workers living across the Ohio River in Kentucky, and New Yorkers living across the state border in nearby New Jersey towns.

The Coastal Areas of America Have the Most New Jobs 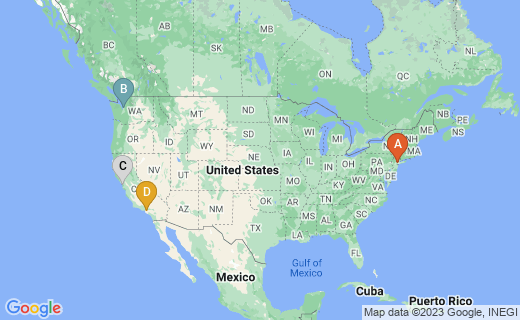 NYC offers a larger number of job postings than any other place in the USA.

On the Pacific Coast, several of the Top 25 Wealthiest are located in California, and a few are scattered around the Midwest and West.

Overwhelmingly, the richest places of our country are along the American Atlantic and Pacific Coastlines.

This wealth reflects the importance of water to shipping and passenger transporation since the beginning of the US, and to Travel and Tourism. These waterways provide not only beach recreation, but retail, dining, and accommodation businesses along waterfronts that are constantly under revitalization - not only to treat erosion, but to update communities and develop mandated Enterprise and Empire Zones nearby for increasing jobs and business presence. Most of these rich towns, waterfront or not, maintain a system of National Historic Landmarks as well. 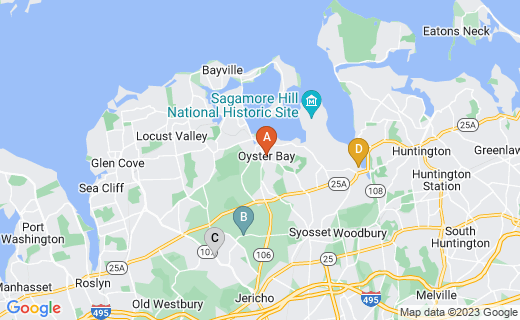 Muttontown and Oyster Bay maintain a listing of over 100,000 job postings within a 25-mile radius.

In Nassau County, Muttontown is a village inside of the town of Oyster Bay. It sits between two other of the wealthierst places in the US: Brookville on the east and Oyster Bay Cove on the northwest. The three communities are clustered closely together, having been sheep-grazing land early in the European settlement of what became New York State. Another farm animal, ducks, have been a large animal crop in Suffolk County, just east of Nassau County and Muttontown. 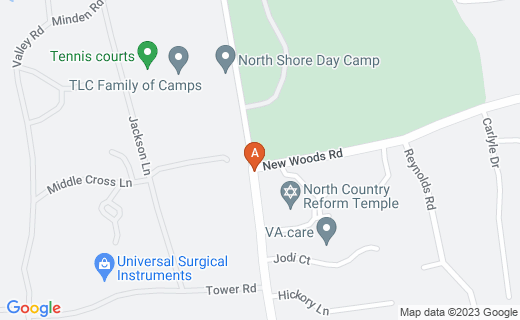 The memorial organization at hmtcli.org connects the Jewish Holocaust that also affected Blacks and GLBT with other mass genocides and ethnic maltreatment in the world: African Slaves in America, Indigenous Peoples' maltreatment globally, and today's bullying, among others. Multimedia interactive exhibits are available online and in person, including a Holocaust Library. 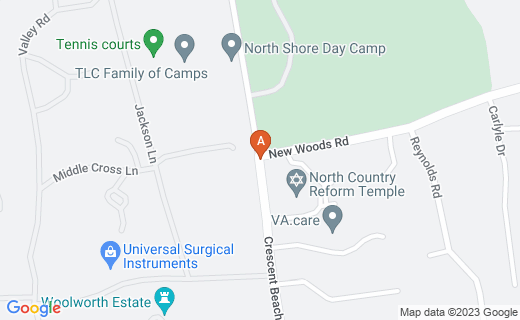 The facility possesses the first DNA Learning Center in the nation, from which the latest information concerning DNA research is distributed to the public.

Genetic research at this institution began at the beginning of the 20th C. and James Watson of the Crick-Watson 1953 DNA discovery partnership became director in 1968. Retired, he still speaks to classes and public workshops.

One of the triumphs of the Laboratory is the successful treatment of facial cancers that were killing off the Tasmanian Devil. Treatment was made possible through the discovery of a gene impacting the initiation and proliferation of these cancers. Another achievement is the production of healthier, disease-resistant corn.

Muttontown Preserve and Other Venues on Long Island

A few additional vacant positions were open in the Town of Muttontown for housekeeping and other services needed by residents.

Nearby Cold Spring Harbor Laboratory is increasing its genetic research programs and will likely expand in relation positions and fellowships in the 2010s.

The Man Behind The Brand - On The Box
Buy Now

C.W. Post Campus of Long Island University - 3 miles west of Muttontown, in Brookville. This campus is named for the famous cereal tycoon that spent time as a patient at the infamous Kellogg Institute in Battle Creek, Michigan. He came away with a business idea and product development skills that produced a fortune. The land for the school was purchased from the Post heirs and the school opened in the mid-1950s.

In addition to over 250 degree and certification programs, this campus is involved in important research in the following topics:

Tilles Center for the Performing Arts on the C.W. Post Campus is the best concert venue in this part of Long Island. Internationally famous stars of music and film perform here around the academic year.

Muncey Park, incorporated in 1931, is about 8 miles southwest of Muttontown and tied for the place of 13th Wealthiest Town in America. It is even closer to the NYC/Manhattan job market than Muttontown and enjoys access to approximately the same or larger numbers of job listings as its wealthy neighbor.

A large shopping mall is located in and near Muncey Park, called the Miracle Mile of the North Shore, it is the Americana Manhassett. 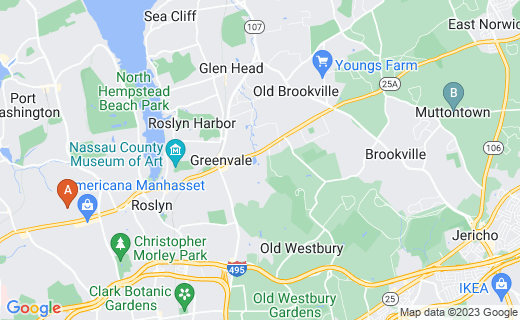