Sherri L. Ter Molen earned her Ph.D. in communication from Wayne State University in Detroit. She is also a near-lifelong Koreanophile.

While living in the Detroit area, friends from the Metro Detroit Korean Meetup Group often lamented the fact that they had to travel to Toronto or Chicago for Korean pop (K-pop) concerts. They wished they could find cute Korean stationary, bibimbap (rice with vegetables, meat, and an egg), and other Korean things locally. It's true that K-pop bands have not yet discovered Southeast Michigan's growing K-pop fervor, but the area already boasts several Korean businesses and other resources where Korea fans can find Korean products, enjoy Korean food, and experience Korean culture. I moved back to Chicago in 2014, but while I lived in the Motor City vicinity, these were some of my favorite Korean spots (not in any particular order).

If you haven't been to H-Mart in Troy, you're about to discover a goldmine of K-joy. H-Mart is America's largest Korean grocery store chain, and it carries all the staples you need to make Korean and Koreanized Chinese foods such as hoddeok (sweet pancakes stuffed with syrup) and jjajangmyeon (noodles with savory black bean sauce). You'll find produce such as Korean pears and perilla leaves as well as fresh meat, kimchi (Korean spicy sauerkraut), Korean toothpaste, and maybe even K-pop socks. (I've seen K-pop socks there in the past, but it may have ben back when it was E-Mart.) There's also an extremely affordable and delicious food stall where you can enjoy bowls of yukgaejang (spicy beef stew) and plates of ddukbokki (spicy Korean rice cakes). You may go in hungry, but there's no way you'll leave hungry! 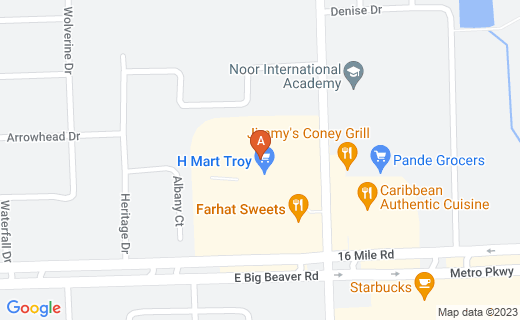 Convert Your House into a Korean Home!

Nukoa in Troy is an often-overlooked enclave of Korean goodness right in plain sight! Located in the same plaza as H-Mart, Nukoa has Korean stationary including cute items from Morning Glory, Korean cosmetics such as BB cream and collagen face masks, Cuckoo rice cookers, barley-filled pillows, home decorations, and much more! Nukoa is a fairly small shop, but its shelves are lined with so many desirable Korean items that one could spend at least half a day lost within its compact aisles. 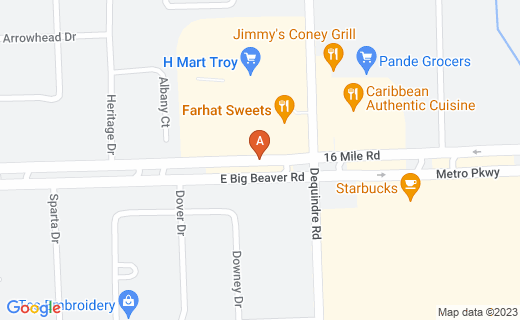 New Seoul Garden in Southfield is a standout among Southeast Michigan's many Korean restaurants. It's just casual enough for every day, but it's nice enough for special occasions as well. It's probably best known for Korean BBQ, a style of dining that requires the guests to do the cooking on grills that are embedded in the tables, but there's also a full menu of other prepared Korean favorites such as soondubu jigae (spicy tofu stew) and jap chae (noodles with beef and vegetables). You can also enjoy soju (Korean liquor), which is "the most popular booze in the world," makgeolli (Korean rice wine), and Korean beer. These are all Korean restaurant standards, so why is New Seoul Garden a standout? A few years ago, this restaurant added soju cocktails to its menu, and it's one of the few places in the area where one can find patbingsoo (Korean shaved ice). Plus, it's one of the few places that offers private dining areas where guests can sit on the floor in true Korean style! 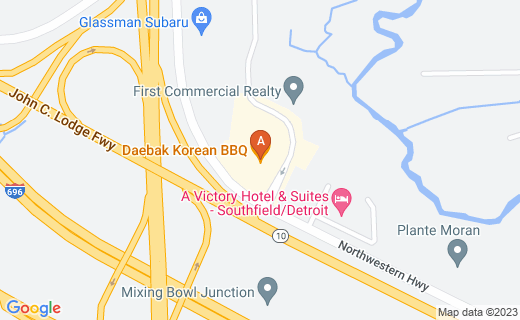 #4 - Univeristy of Michigan's Nam Center for Korean Studies in An Arbor, MI

Fill Your Brain with K-Knowledge!

If you've come to Korean culture through Korean television dramas (K-dramas) such as Heirs or variety shows such as Running Man, you may want to learn more about Korean culture and Korea's rich history, but you may not know where to start. The Nam Center for Korean Studies at the University of Michigan offers FREE public lectures, film screenings, and other events such as an annual Chuseok (Korean Thanksgiving) celebration. Recent public lectures have covered all sorts of topics from Korea's premodern history to Hallyu ("The Korean Wave," referring to the popularity of Korean pop and traditional cultures abroad), and the film screenings have included thought-provoking and touching films such as My Love, Don't Cross that River along with popular favorites featuring Hallyu stars such as Tazza: The Hidden Card. The Nam Center has many generous offerings, and you really need to get on the Center's mailing list! 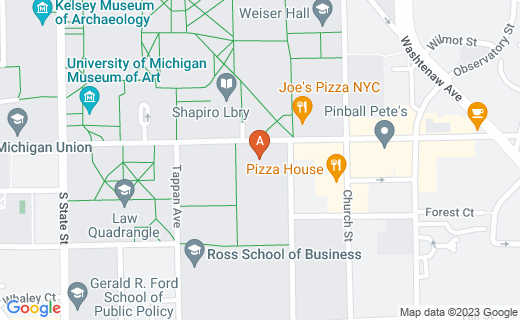 You've probably salivated more than once while watching K-dramas, and though Korean BBQ is delicious, it's very likely that you've also craved Korean fried chicken and kimchi fries served in an environment so casual that you'd half-expect the cast of a Korean high school drama to be sitting at the next table. Welcome to Gangnam Chicken in Royal Oak! If you eat in, make sure you order the ju mokbab (grilled stuffed rice ball stuffed with cheese), which may come from Japanese culture but which is popular with Korean high school students. If you do take out, make sure you order Korean fried chicken because you need to have chimaek ("chi" from Chicken and "maek" from the Korean word for beer). Gangnam Chicken doesn't have a liquor license, so in order for you to enjoy this junk food delicacy, you're going to have to take your Korean fried chicken home to enjoy with bottles of Hite or OB (Korean beers) that you pick up at a Korean market. You really haven't lived until you've had chimeak. 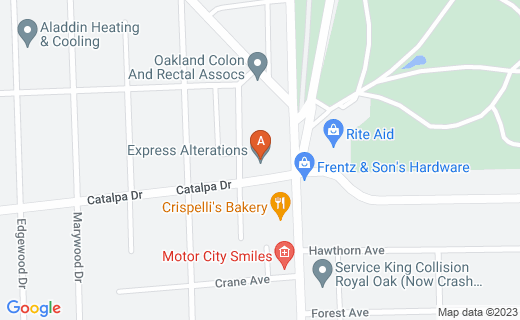 The Detroit Institute of the Arts (D.I.A.) is a beloved institution with a collection that includes works by Diego Rivera and Vincent Van Gogh. Lesser known is its rare "Head of Buddha," a piece that dates back to the 9th Century within the D.I.A.'s very small Korean collection. (To learn more about it, click here.) The D.I.A. also hosts Korean art events on occasion, and the Detroit Film Theatre at the D.I.A. has shown Korean films such as Pieta and Poetry in recent years.

The Detroit Institute of Arts (D.I.A.) 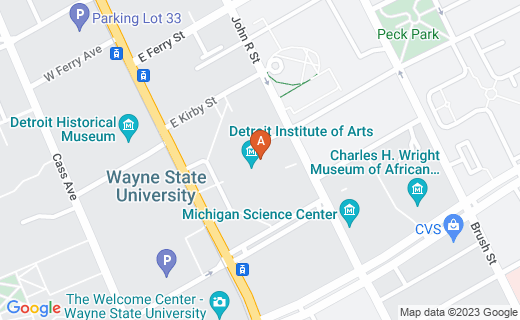 The Korean Community of Metro Detroit in Southfield hosts several events that are open to the public throughout the year. The challenge is that the Community's website is almost entirely in Korean. Don't let this intimidate you. Oftentimes, the flyers for public events are posted in English, and English versions are sometimes posted on the Korean American Community of Metro Detroit's Facebook page. Each year, this group hosts a Dano Festival (a spring festival) at which guests enjoy Korean food and entertainment, and members have often told me that this community center offers Korean language, dance, and music classes. I've never found information about these classes, however. If you're interested, it may worth a phone call!

Goldfish Tea in Royal Oak features loose leaf varieties from across East Asia including semi-wild imported teas from Morning Crane Tea. When in stock, you can enjoy cups of hot jungjak or sejak (both Korean green teas) in the lovely Chinese style teahouse, and/or you can buy envelopes of these teas to prepare at home. You won't generally find teas of these qualities at Korean markets or even in Korean restaurants. (Arthur Park who imports these Korean teas is a potter and retired Wayne State University professor who organizes tea, art, and cultural tours to South Korea. If you're interested in Korean tea ware, visit his blog, Morning Crane Tea Ware.) Goldfish Tea has sometimes showcased and sold Korean tea ware, but it always has a beautiful selection of East Asian collectibles and gifts. 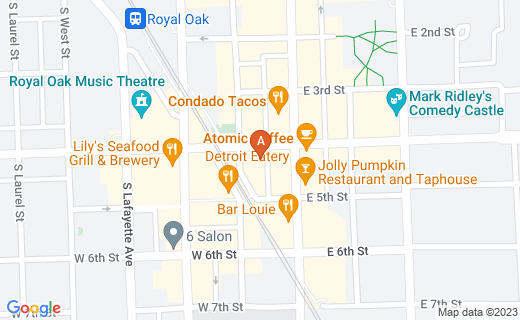 Get in the Spirit with K-Spirits!

It's been a couple of years since I lived in Metro Detroit, and things may have changed. However when I lived there, I couldn't buy soju at H-Mart. I had to make an extra, but very welcome, trip to Han Mi Mart. This Korean market may be a fraction of the size of H-Mart, but it has an ample liquor section. It also has novelties, snacks, baked goods, and other goods that aren't always available at its larger competitor. For example, I wanted a soju cup set. I found at Han Mi Mart. I wanted flat stainless steel chopsticks that match the ones I bought in Korea. I found them once again at Han Mi Mart. It's always worth making a stop at Han Mi Mart! 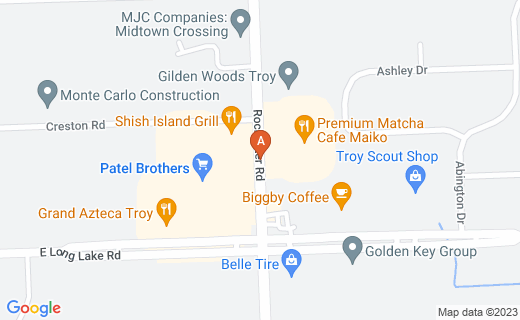 Make Friends with Other Koreanophiles!

Southeast Michigan is home to two unaffiliated Korean Meetup Groups formed through the website, Meetup.com: the Metro Detroit Korean Meetup Group (Full disclosure: I'm the organizer of this group.) and the Ann Arbor Korean/English Exchange. On the website of the Metro Detroit Korean Meetup Group, you'll find many of the Korean events that take place across Southeast Michigan from the annual celebration of Buddha's Birthday at Muddy Water Zen, a Korean Buddhist temple of the Taego order in Royal Oak, to Meetups with other members of the group at Korean restaurants such as Sammi in Troy. The Ann Arbor Korean/English Exchange certainly hosts some social events, but that Meetup group also schedules regular language exchange sessions. If you're interested in Korean culture and the Korean language and if you live in the Detroit area, you'll want to join both of these groups.

Detroit doesn't have its own designated Korea Town. Instead, the Korean community is dispersed across Southeast Michigan. If you just look around a little bit however, you'll be surprised by how much access to Korean Culture you really have! You'll find Friends Karaoke, which is stocked full of K-pop favorites, in Ann Arbor. You'll discover that the Council of Asian Pacific Americans hosts events that feature Korean food and entertainment, and you'll be overjoyed to realize that Southeast Michigan is home to two Korean newspapers: The Michigan Korean Times and The Michigan Korean Weekly. With more than 20,000 Koreans in Michigan and the promise that Caffe Bene is opening locations in Ann Arbor, Oakland County, and Ingham County, it shouldn't be too difficult to satisfy your Korean culture appetite. Now, if only a K-pop band would perform in Detroit! That would really put the Motor City on the K-culture map!

What Is Dragon Boat Racing?