Kumar Paral is a writer, a culture enthusiast, and a bibliophile.

Have you visited Kerala ?

Kerala is one of the greatest wonders of the world. It is a place where the serene scenic beauty merges with varied hues of enchanting seasons. In Kerala, every season is a festival of colors and sounds. Kerala can satisfy the thirst for communion with pristine nature and call of the wild.

Monsoon in India is a very enchanting experience for visitors. Monsoon is at its best in Kerala in the months of June, July and august. The chilling and heart throbbing rain in the very vast greenery of paddy fields, in the snowy mountains and in the backwaters are a must see sight for a nature lover at least once in their lifetime. 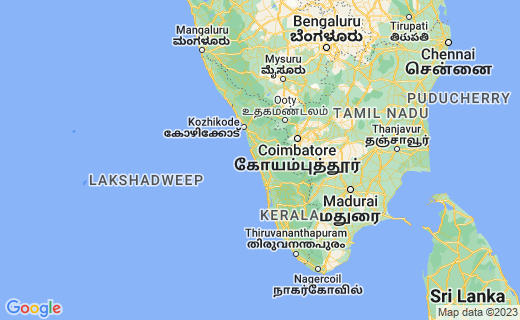 Call Of the Wild

Silent Valley National Park, one of the acclaimed pristine evergreen forests, is a part of western ghats. It is a home to the largest population of lion-tailed Macaque, one of the rarest and most threatened primates in the World, and a treasure house of endangered flora and fauna. The forest is tranquil and devoid of any sounds as its name Silent Valley indicates. Kunthi puzha (Kunthi river) flowing through the dense forest is an astonishing sight for the travelers. It is located 40 km from Palakkad.

Kumarakom is a famous idyllic and tranquil holiday destination away from the fret and fever of city life. The village of Kumarakom is a group of little islands on the Vembanad Kayal (Vembanad lake ). This most popular and most beautiful backwater stretch of Kerala has a bird sanctuary which shelters a large number of birds. The thrilling houseboat cruise trough the blue backwaters of Vembanad Kayal, fishing, sightseeing, Ayurvedic Panchakarma treatment and a variety of heritage resorts are the main attractions in Kumarakom. It is 15 km west of Kottayam

Backwaters are meandering inland lakes and lagoons networked by canals lying parallel to sea coast. The prominent picturesque backwater stretches of Kerala are Alappuzha, Kumarakom, Kochi, Kollam, and Thiruvallam. A backwater cruise between Kollam and Alappuzha is the longest in Kerala which takes nearly eight hours. The splendid Snake Boat races are held during festive months of August and September attracting thousands of people from India and abroad. Some of the world renowned boat races are Aranmula Vallamkali (boat race ), Champakulam Boat Race, Nehru Trophy Boat Race, and Payippad Boat Race. The enchanting and mesmerizing Houseboat ride in the backwaters of Kerala is a captivating experience.

It is one of the famous tiger reserves situated at Thekkady in Idukki. It is a part of the western ghats, one of the richest bio diversity spots of the world. It is home for a large number of endangered species of wild animals also. There are two watch towers inside the forest. It is located 4 kms from Thekkady in Idukki District.

This scenic seaside offers a wonderful view of the historic Bekal fort which is three and a half centuries old. There are facilities for recreation and relaxation. It also known as Pallikere Beach . It is situated in Kasargod district.

It was the former summer resort of British administration. It is about 1600 m above sea level . The main attraction are tea gardens, serene atmosphere, a number of ethnic resorts for accommodation. It is located 60 km from Idukki.

Thenmala is first planned eco-tourism project India. Thenmala consists of chain of ten satellite eco-tourism destinations scattered across the hill ranges and spread over acres of evergreen forest. The meaning of Thenmala is hills that flow honey and the honey available there is believed to have medicinal properties. It is about 72 km from Thiruvananthapuram.

Thrissur - The City of Pooram Festival

The Thrissur Pooram in the month of April made the Thrissur renowned in the world tourist map. Even though it is a Hindu religious festival, it has become secular in character and has been a major attraction for foreign and domestic tourists. It is a festival of sounds, colors, and various traditional and modern art forms. The presence of large number of caparisoned elephants is a wonderful sight to all. It is located around 300 km from Thiruvananthapuram .

It is internationally renowned tropical beach with very wide coastal area and serene atmosphere. It offers a variety of activities including catamaran rides, sunset watching, cycling on the beach Ayurvedic massage parlors, Panchakarma Treatments and yoga centers. It is located16 km from Thriuvanthapuram .