10 Reasons to Quit Your Job and Travel the World

Matt is an avid traveller and self-confessed 'man of the world'. He is passionate about his home city, Manchester, & travelling the world.

What is a Sabbatical?

Let's face it, wherever you're living at the moment, times are probably tough. The news is practically always lead by a story about the declining economy; there's rumblings of redundancies at work; the shopping cart is more expensive; violent street crime is on the increase.... the list goes on.

Maybe it's time to take a break and have a rest. Well, that's where the sabbatical comes in. A sabbatical is a period of of time away from work, normally between 6 months to a year. It literally mean to take rest, or to take a break from work. Although, in the literal sense a sabbatical means to rest, in practice many people will take a sabbatical and be very active.

And if your employer won't give you a sabbatical then quit!

The World is Your Oyster - Go See It!

What if I told you to take a sabbatical for a year or 2 and just wonder off into the sunset? The world is bigger than you think. Don't listen to all those people who tell you the world is much smaller and everywhere has become the same. Trust me, you can easily find yourself on a beach in Malaysia or up mountain in Nepal or on a Volcano in Indonesia or next to a geyser in New Zealand and I can assure you that the world you left behind will feel like it's in a different universe.

Reasons to Travel The World

Like you even need to me to give you reasons! Your sabbatical has given you a whole year off work and there's a great big wide world out there. Travelling gives you a sense of adventure; makes you feel alive;and makes you feel like you're doing something worthwhile. You're doing what you want to do and not what someone tells you to do. When you're travelling, you call the shots. There's no one telling you where to go; no one telling you what to do with your money; and no one telling you when it's time to go home. Whilst travelling on sabbatical you call the shots, all the time!

But, if you need me to spell out the reasons why you should go travelling on your sabbatical look no further: 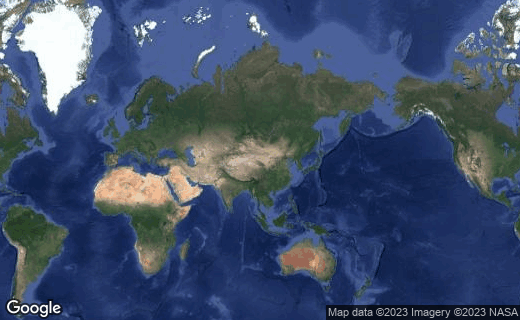 Does your Employer offer Sabbatical opportunities?

10 Reasons to Drop Everything and Travel the World

1. Escape the economic doom and gloom: Tired of all the constant talk about redundancies, economic decline, faltering markets and death of the high street? Well, get yourself off to a place where that kind of language simply doesn't exist and enjoy your sabbatical.

2. Embrace the Warm Air: If it's winter where you are, it means it's summer on the other side of the world. And if you head to south-east Asia or central/south america or equatorial Africa on your sabbatical then the weather's warm all year round.

3. Learn New Language Skills on your Sabbatical: English may be the international language of business but not everyone holds this language close to their heart. Discover countries where languages go back thousands of years and have taken on a form of their own. Learn Spanish and cover the south american continent without fear. Learn Mandarin and wander through the marvels of China.

4. Experience Different Ways of Life on your Sabbatical: The world hasn't quite yet adapted to our western world of 24hr supermarkets and drive-thru McDonalds, dial-a-pizza or WiFi on-demand. Plenty of countries still live by the traditions passed down through generations. At first it may take some adjusting to, but trust me it's worth it and you'll soon be shrugging off your net-connected dependencies.

5. Take Loads of Photos: Rather than looking at other peoples photos on Facebook, Flickr or Photobucket, why not amass a collection of you own during your sabbatical trip around the world, with the added benefit of viewing it first-hand - like witnessing the Komodo Dragons in their natural habitat in Indonesia. Get yourself a decent camera and get snapping!

I travel a lot but when I look back at some of my old travel pics they don't seem to be as good as I remember. And it's because I used to use a cheap point-and-shoot camera. Nowadays I use the Sony A6000 to capture all of my travel pics. It's the best camera I've ever had. Absolutely amazing!

This is a Truly Awesome Camera

Travelling around the World pictures Believe me, every country claims to have a signature dish that's the best thing in the world. Many of these aren't actually the best thing in the world but they are usually pretty damn good. And if you live in the UK or somewhere with a good ethnic mix then chances are you will find the food that you tried when back at home. It's never as good when you get back home though so make the most of it whilst you're away. A visit to China and a trip to the Donghuamen Night Market is a must-do experience as part of your sabbatical. Here visitors can eat scorpion, eat snake, eat tarantula etc. etc.

Travelling to new places can be tough, especially when there are language and cultural barriers. Over-coming these barriers is a good test of your confidence and courage. Even though you'll suffer a few knock-backs along the way, you'll benefit immensely from your successes and will soon be navigating your way around strange far-off lands as if they were your own. This is an important learning curve that you'll experience on your sabbatical as this new found confidence will stand you in good stead when your sabbatical is over and you have to return to work.

8. Make Friends all over the World:

How many friends do you have in other countries now? After travelling and returning from your sabbatical I guarantee that number will be at least trebled and probably more. Talking to fellow travellers in hostels and whilst travelling is a great way to broaden your network and pick up new tips on the best places to travel the world including where to go and how to get there.

9. Realise the True Value of Money:

Let's face it, we may complain sometimes about life in the west but after seeing the world during your sabbatical you'll no doubt come to the conclusion that we have it alright, One of the great things about seeing the world is that it allows you to put things into perspective. Visit Dhaka in Bangladesh and see how the kids survive on what they find to eat and sell in the rubbish dump; visit New Delhi and see the men working 1 hours a day to make profit from the badly made hats and ties they they are selling. It really hits home how fortunate those countries are that have a welfare system; public healthcare and unemployment support.

10. Give Something Back to the World

There are many ways in which you can do this. Sign up for volunteer projects; get involved with the local orphanage; plant trees wherever you go; recycle plastic bottles; teach English as a foreign language. There are many things you can do that ensure that through your travels you have benefited someone else.

Now ask for that Sabbatical!

In keeping with the theme of this article I will leave you with these words. Travel while you're young and ask for that sabbatical. I can't begin to tell you the amount of people who tell me they wished they'd have seen the world when they were younger. Believe me, even those that initially try and talk you out of the idea will soon admit that deep down they wish they'd have done it. Get out there and see the world amigos! Adios