Have you ever seen a choir sing barbershop songs and step like a marching band? How about the World's Largest Fish Fry? These and more are always at hand in Tennessee.

This scenic state was great during my childhood trips before the advent of current attractions like Graceland and Dollywood Theme Park. Since that time, I have found a lot more to love about Tennessee, but it does not include the theme parks. I look for something unique and invigorating and not so expensive.

In Dean Koontz's Odd Thomas novels, a young fry cook sees Elvis regularly, but the King only sits and cries. At Graceland and the radio station across the street, you can hear him sing all the time. I don't know whether he'd laugh or cry at how gigantic Graceland has become, but it is surely an expensive amusement park.

Try my recommendations below for a different kind of vacation experience. The Parthenon Museum of Art

This building and exhibit was so large to my childhood eye, that I was too afraid to enter the building the first time I saw it. The photo above from 1897 shows the Parthenon in Nashville as it appeared in that year's World's Fair. I wish I could have been there.

Nashville's Parthenon stands in the center of Centennial Park, an urban park in the downtown area maintained by the City of Nashville. The building features a statue of Athena statue and both are full-scale replicas of those in Greece.

The museum's permanent art collection includes many paintings of the 19th and 20th centuries, while temporary collections feature many eras, media, and locales. Permanent exhibits include art from most major religions of the world. 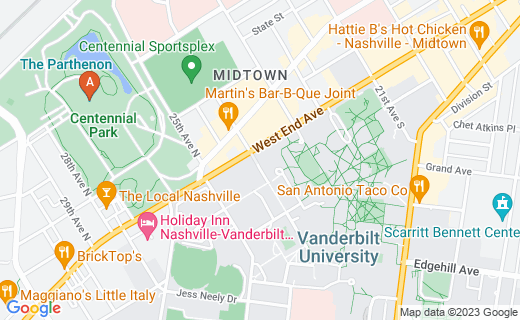 Located on the western edge of Nashville, this is my favorite place on my last trip to Nashville. It is unforgettable and beautiful. I recall best the Japanese Garden, but over a dozen different gardens with their own themes arranged around 55 acres of lush manicured landscaping. In addition, the campus offers dining and an art museum. Tennessee appreciates art.

The Cheek Mansion covers 30,000 square feet and contains many art museum exhibits. The Cheek family began in the grocery business long ago, enjoyed the wealth received from that industry, and arranged to pass it on to visitors. Admission prices are very reasonable. 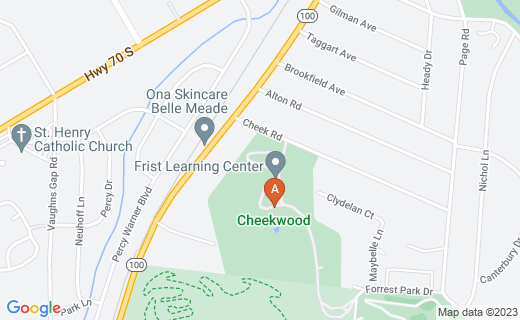 The Dale Hollow Dam is a source of hydroelectric power in Tennessee, promoting alternative energy and green living. Besides this, the lake and recreation area are gorgeous and provide a lot of outdoor enjoyment and photographic opportunities.

Dale Hollow Lake lies on the Tennessee- Kentucky border in the center of northern Tennessee. In addition to numerous outdoor activities like fishing, camping and others, the area features a Mennonite Community, a Golf Club, B & Bs, historic sites, wineries, and museums. Commercial businesses are also growing in the area, with assistance from the Pickett County Economic Development planners. 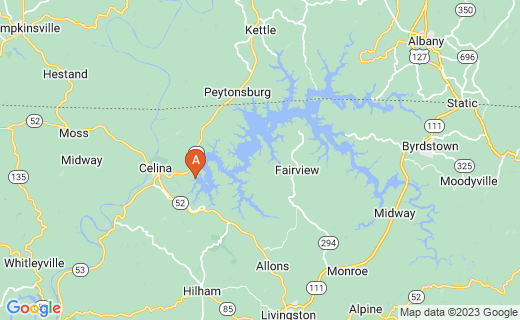 Ryman Auditorium and the Country Music Hall of Fame

I was able to attend the Grand Ole Opry itself in old Ryman Auditorium just before it closed down for renovations. I barely remember it all, except that the ceiling was leaking at the time. Despite that fact, I did enjoy my first time experience of seeing Roy Acuff play a fiddle, sing, and work a yop-yo all at once. I could not operate a yo-yo like that, but wished I could. In fact, I got a new one when I went home and started practicing.

The Grand Ole Opry was in its heyday from 1943 - 1974, breeding a series of country and western radio and TV shows like Louisiana Hayride, The Midwestern Hayride, HeeHaw and others. In 1974, the Opry moved into the theme park-like Gaylord Opryland Resort and Convention Center. However, renovation began on the Ryman in 1994. Today, tours occur during daylight hours and concerts on many evenings. The Country Music Fall of Fame is just 0.2 mile away (about 2 blocks).

Elvis performed on the radio and TV broadcasts of the Louisiana Hayride -- He might be interested to see the Ryman and Opryland today. 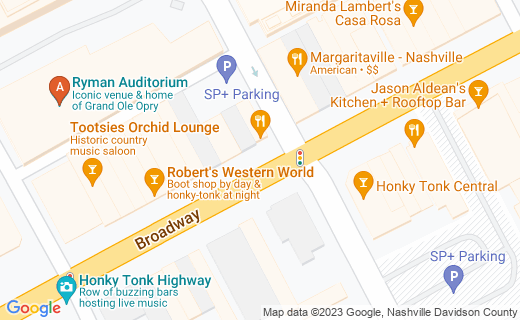 For Civil War and history enthusiasts, this fine park is located in parts of both Tennessee and Mississippi to commemorate the Battles of Shiloh and Corinth. Staff present a living history through exciting reenactments from April through October. Fees to enjoy the park and events within it are very small.

The Shiloh Indian Mounds inside the parks are themselves a National Historic Landmark and are joined by a US National Cemetery full of history.

Visit Shiloh National Military Park before or after you tour Graceland, and remember that Elvis served in the US Army. 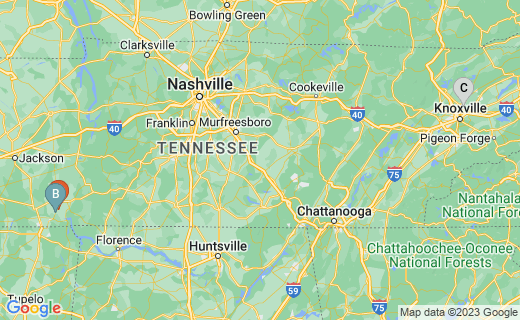 Paris is about 85 miles southwest of Nashville and is home to a 60-foot replica of the Eiffel Tower in its Memorial Park, as well as the World's Biggest Fish Fry.

The Fish Fry is an annual event at the end of April that features a beauty pageant with a Princess and Royal Court.

At least five tons of catfish are served every year and many entertaining and educational events are associated with the fish fry. 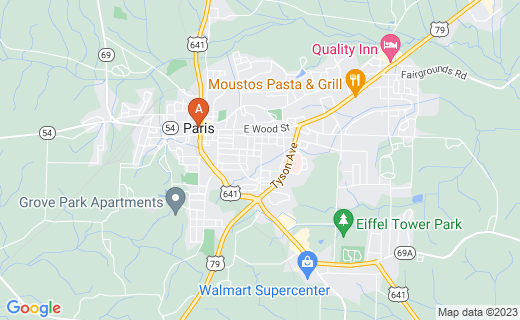 In 1732, François Marie Bissot, Sieur de Vincennes built a fort in Indiana that is famous today. Fort Vincennes is well known. However, Bissot was burned at the stake by Native Americans in 1736 near Fulton, Tennessee after he began traveling south. His efforts overall were directed toward protecting French land claims in the North America.

Fulton, Tennessee is on the western border near Arkansas, famous for Civil War activities as well as the death of Bissot (or Vincennes). The Battle of Fort Pillow was waged nearby and came to be known as the Fort Pillow Massacre, involving the wholesale termination of a group of troops from the north that were ex-slaves.

The fort at Fulton or Fort Pillow was built by the Confederate Army, but used by the Union Army in June, 1862. The North lost control in April, 1864. About 262 of the Union Army were Black ex-slaves from the South and 229 of them died. "Remember Fort Pillow" became a rallying cry thereafter. Several landmarks are located at Fulton and Fort Pillow, including Fort Pillow State Park and Historic Area and the Lower Hatchie National Wildlife Refuge. A number of great outdoor activities are available as well as historic tours and reenactments. This is all located approximately 40 miles north of Memphis, just off I-55, and can be added to vacation activities in Memphis,like visiting Graceland. 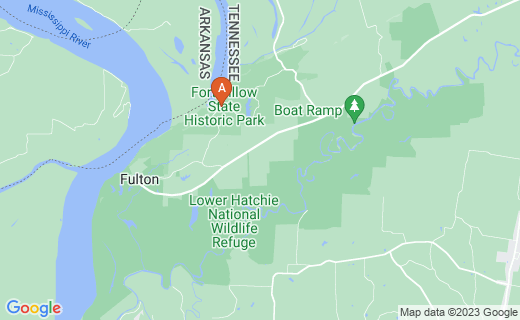 Inside the Upper Room Chapel, bookstore, and museum in Nashville, Tennessee is a 3/4 life size carving of Leonardo DaVinci's Last Supper covering much of one wall.

In their museum and chapel store during the summer I visited was a very large hand crocheted version of this famous painting that took many long blocks of time to complete. This is also the first place I saw an authentic Russian religious icon, centuries old. The facility is quite a museum with a small garden attached and a peaceful getaway that charges no admission.

The chapel was originally adjacent to Scarritt College, which became The Scarritt-Bennett Center, dedicated to issues of social equality and justice. The former college site is now a popular conference and retreat center, also used for educational programming. Its Laskey Library is a highly respected church music institution. The facilities also include the Hartzler-Towner Multicultural Museum, which offers free admission and depicts global religions and cultures.

On Wednesdays, the chapel hosts various speakers and choirs from around the world and all are welcomed to attend. During December and January each year, over 100 versions of the nativity scene from many nations are displayed. To commemorate Lent, 70+ hand-painted Ukrainian Easter Eggs are on display.

Completely renovated and updated, this chapel is reopens in Autumn 2009 in time for the Holiday Season. 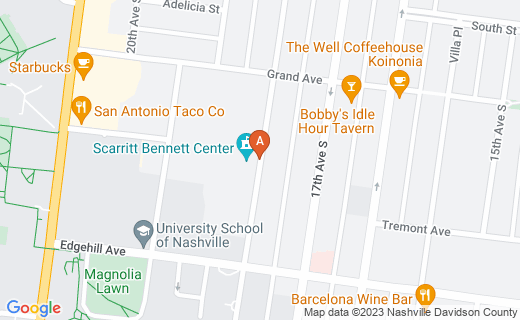 Even Homer Simpson had a successful turn in a nationwide famous Barbershop Quartet!

I do not sing barbershop, but I have friends that have participated in barbershop and its female version. The Barbershop Harmony Society is the guiding organization of barbershop singing across America.

Some people don't think barbershop is entertaining or sexy. However, many people do enjoy singing this American traditional style and listening to quartets. Not only that, but the United Kingdom has some of the best barbershop groups, including Westminster, which marches on risers like a marching band at halftime. Be sure to watch the video below. 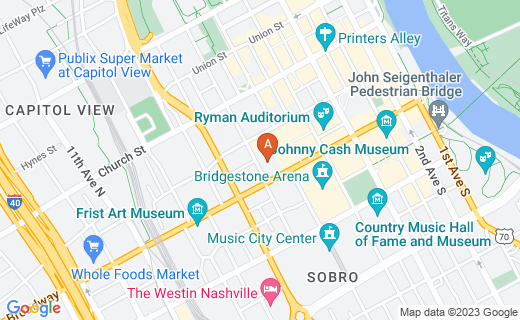 Today, the Shelbyville Celebration in Tennessee is proud to promote humane practices and leads the Walking Horse Industry to sounder practices that center on the breed's natural gait.

Besides the pre-Labor Day Celebration, the organization holds or hosts a Spring Show, a Mule Show, alpaca shows, circuses, and many other events all year round. 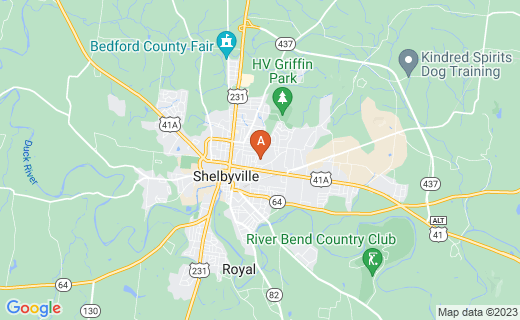