Spaceport Florida: Tourism and Aerospace Jobs of the Future

Florida is one of the three or four most popular states in the USA for relocation in 2014, because of the lack of State Income Tax. The population is increasing as New Yorkers and others move down to the sunny state to work, to do business, to retire, and to escape taxes.

Numerous jobs and long-term career opportunities are waiting in the State of Florida for qualified workers. By the middle of June 2013, over 328,000 jobs were listed for the state, not counting seasonal/summer jobs.

By January 2014, this number had risen to 370,000+, because of the influx of new residents and businesses.After a small decline, jobs in August 2015 included ads for over 260,000 positions statewide.

Long Haul Truck Driving is a big source of new jobs, though, as is Healthcare at places like North Florida Regional Med Center, and Engineering in IT settings as well as electrical, mechanical, manufacturing and other applications.

During Summer 2015, the US Naval Reserve in Florida advertised for psychologists and physiologists to fill their positions in Aerospace Experimental Psychology & Physiology. This reflects the uptick in space exploration from Earth to the ISS, the Moon, and Mars, with plans for expeditions to the Asteroid Belt and Jupiter after 2020. Advertised jobs in Florida, especially in aviation and aerospace, increased from 2011 through 2017 after the Space Shuttle Program ended:

Florida is not only a retirement sanctuary and a vacation paradise or a point of contact for foreign refugees. Business is also good in Florida for the IT, Healthcare, and Human Services industries.

This business should consistently attract a strong worker base and strengthen a growing state economy.

IT is growing strength additionally as the privatization of space flight and its partnerships with NASA and American Government bring new businesses to areas around Florida and Texas, likely until mid-21st Century. The NASA Commercial Crew companies are responsible for providing the ships that will take us to Mars as early as 2025. and to the Moon before 2018.

The State Employment Security Agency collects data on the labor markets and occupational outlook around the State of Florida. Below is a collection of such information that shows the predicted large-scale growth of the Top Job in Florida.

The highest demand jobs in Florida are all IT occupations with opportunity for advancement.

The Number One Florida Fast-Growth Job was Computer Support Specialist, with 29,000+ new jobs by 2010, almost double that of the year 2000.

Physical and Mental Heath Care professionals and Human Services fill out the Top 20 List in Florida.

President Donald Trump signed a new mandate for NASA on March 23, 2017. It instructed the space agency to put emphasis on space exploration with Mars as a destination. The US Congress had already stipulated that a Mars landing be accomplished by 2041. 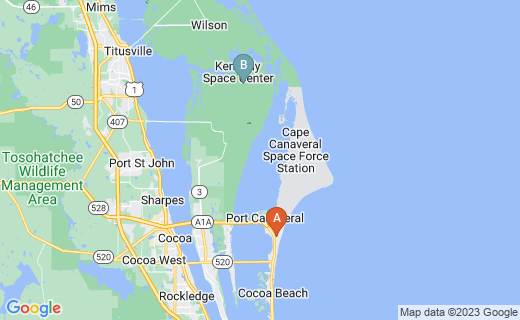 Industry and Education in Florida

The Florida Tourism Industry generates over $57 Billion worth of business revenues in the state every year. Information Technology (IT) is used with increasing frequency in Tourism related businesses as well as in other industries, such as Healthcare. IT jobs, overall, are the fastest growing occupations in Florida, including within Healthcare and medical research.

The Aerospace Industry creates $4.5+ Billion of business revenues in Florida annually and allows over 23,000 people to work in the aerospace and aeronautics sectors all over the state. With the rise of privatized space flight since 2004 and the first X-Prizes, this employment trend has only to increase with almost guaranteed demand.

The Defense Industry brings in a staggering $44 Billion of yearly business to Florida, employing at least 715,000 people.

The Florida Space Coast offers a vast number of business and educational opportunities, including not only Tourism, IT, Aerospace, and Defense, but also the following:

IT, Engineering and Other Jobs

4-Year Colleges and Universities - Education and Jobs Development in IT, Aerospace, and Healthcare Industries

Jobs Titles Creating the Most Openings

Cape Kennedy (Canaveral) is America's premier launch site for spacecraft and rockets. In 2012, six launch complexes are in use with more to follow. Located at Cape Canaveral, you can find the historic and popular Kennedy Space Center on Merritt Island, where you can watch NASA Saturn V and commercial launches.

Patrick Air Force Base is also on Cape Canaveral, under the US Department of Defense and administering additional launches. You can also find the commercial Spaceport Florida; an air-launched vehicle and missile Drop Zone at Mayport, Florida; and an offshore submarine-launched ballistic missile launch site. Other areas are for rent.

Florida is the home to a number of Women's Professional and Women's Semi-Professional Soccer Teams that perform well and draw large crowds of fans and visitors..

Both men's and women's teams can be a source of playing, coaching, IT, and Healthcare and related jobs in Florida.

IT and Healthcare in Sports

Florida Sports Teams also use a variety of IT related and Healthcare related jobs. Opportunities are offered by several of these teams: