Stephen is an avid hiker who has explored, and continues to explore, the many trails in his home province of Newfoundland and Labrador. 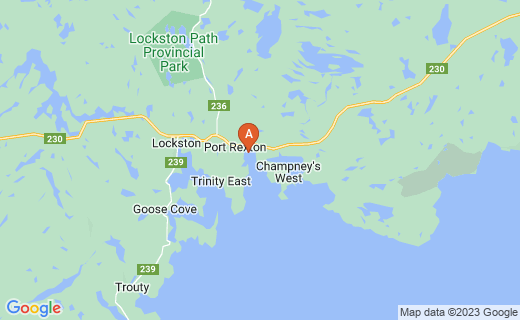 How To Get There

The Skerwink trail is located on the beautiful and Historic Bonavista Peninsula, near the towns of Trinty and Port Rexton, in Trinity East along Trinity Bay. From St. John's take highway 1, the Trans Canada Highway, 203 Km west to exit 26, then follow Highway 230 North for another 66 Km to Port Rexton, then take Rocky Hill Road to the trail. From points west one would still take Highway 1 to exit 26. There is signage to point the way, plenty of parking when you get there, and, at the Trail head, a small pavilion with a large printed trail map on one wall. Brochures with a map and trail information are also available here.

The Skerwink Trail is a 5.3 Km loop around Skerwink Head. Rated moderate to difficult the walk can easily be completed in 1.5 to 2 hours by the average walker/hiker but one should plan for longer, as to really enjoy all the breathtaking scenery, incredible geological formations, and abundant flora takes a little time. There are also plenty of sea birds to see, as well as owls, eagles, and other wildlife. In the spring icebergs can, if the current brings them the right way, be seen floating by, and there is always the chance of spotting whales; especially in late June or early July when they come in to feed on the spawning capelin.

The trail is well maintained, with board walks across wet lands and boggy areas, stairs to aid in the ascent of the more challenging slopes, plenty of signage, and lookout points equipped with benches where the hiker can take a break and admire the spectacular views. At the outset the trail is wide, level, and covered by a layer of crushed stone that keeps the surface mud free and makes for easier walking.

Beyond this the trail begins to narrow as the forest moves in on it, and gradually slopes upward as it heads toward the coast. The path twists and turns, and rises and falls as it makes its way around the rugged coastline, often taking the hiker within feet of the cliff's edge. From these locations can be scene sweeping oceans vistas, jagged rock faces with their layers of strata pushed up vertically at nearly ninety degree angles, beaches, sea stacks, and panoramic views of the surrounding communities.

The Eastern Region of Newfoundland, including the Bonavista Peninsula where the Skerwink trail is located, was once, some 500 million years ago, a part of Africa. This entire region is made up of layer upon layer of ancient sedimentary rock. These layers can easily be seen along parts of the coast where the bedrock is exposed. Even more striking, however, is the coastline along Skerwink Head, where lateral pressure on the bedrock over millions of years has created massive folds in the rock layers, known as anticlines, where the bedrock has been pushed upwards at nearly 90 degree angles, creating a very dramatic landscape.

Another interesting coastal feature of this area are sea stacks. Located off the North Shore of Skerwink Head, and clearly visible from the trail, sea stacks are free standing columns of rock separated from the shore by years of erosion caused by water infiltrating cracks in the solid rock, freezing, expanding, and breaking the rock apart.

The lucky hiker may also get a glimpse of sea otters which are often seen around the base of the stacks.

The coastline around Skerwink Head also contains a number of caves and sea arches. Unfortunately most of these features are not visible from the trail, or from the land at all, but have to be seen by boat from the water.

There are also a number of Capelin beaches scattered along the coastline, such as Dog Cove Beach (pictured above). In late June or early July the capelin roll onto these beaches by the thousands to spawn. Capelin season, as this time of year is referred to locally, is also a great time to spot whales as they follow the capelin in to feed on them.

As mentioned above, whales, Humpbacks and Minkes, can often be seen from the trail, mostly in June and July, as well as sea otters, and capelin when they are running. In addition to this sea life there are plenty of birds. Sea birds such as gannets, guillemots, kittiwakes, and a variety of gulls including the herring and the black-backed can be seen in abundance. Many other species of birds can also be found here, including bald eagles, blue jays, kingfisher, warblers, sparrows, robins, and plenty more to delight any bird watcher. One may also see moose, fox, or rabbit, or catch a glimpse of a squirrel scurrying along the trail or climbing in the trees.

In addition to other great hiking trails in the area, such as the Klondike Trail and the lighthouse trail, the historic Bonavista peninsula has many attractions to interest and delight the visitor.

Located just 22km from the Skerwink Trail, in New Bonaventure, is the set for the film Random Passage. Constructed in 2000 for the filming of the popular mini series the site is now operated as a tourist attraction. With its sod houses, period church and school house, and fish flakes and fish stage, it gives the visitor a glimpse of what life was like in a 19th century Newfoundland fishing village.

Steeped in history the town of trinity has many wonderful historical attractions. One example is the Green Family Forge. The Green family began operating as blacksmiths in trinity sometime prior to 1750 and continued to ply their trade there until 1955. The current smithy, that operates today only as a tourist attraction, was built between 1895 and 1900. Stepping inside one gets the feel of what a working turn of the century blacksmith shop was really like.

Other attractions in the area include: Rising Tide Theatre, Mirabella by Elizabeth Burry Studios, Trinity Eco Tours, Aunt Sarah's Chocolate Shop, Trinity Historical Society Museum, The Mercantile Premises, and much more, all in Trinity. 52km north of Trinity, on the Northern Tip of the Bonavista Peninsula, is the beautiful and historic town of Bonavista. The landing place of John Cabot in 1497 Bonavista was one of the earliest settled places in North America, and was once the economic Hub of the island of Newfoundland. Among the many things for the visitor to enjoy there are: Ye Matthew Legacy, an interpretation centre complete with a replica of John Cabot's famous ship, The Ryan Premises, The Garrick Theatre, the Cape Bonavista Lighthouse, and Dungeon Provincial Park.

Even though Skerwink Trail is close enough to both St. John's and Gander to be a day excursion it is, given everything to do and see in the area, worthwhile to plan on making at least a weekend of it.

For those planning a stay in the area there are plenty of accommodations. For the camper there is the beautiful Lockston Path Provincial Park. Located 6km from Port Rexton on highway 236 this 773 hectare provincial park has 57 campsites, each equipped with a picnic table and a fireplace. Many of the sites also have water and electrical service.The park also has a comfort station with wash rooms, showers, and laundry facilities. In addition, drinking water taps and pit toilets are conveniently located throughout the park. There is also a 1.7km walking trail that leads to a lookout with a panoramic view of the park.

There are also plenty of Hotels, Motels, Inns, B & Bs, and cottages in the area. In Bonavista one will find The Harbour Quarters inn, The Lancaster Inn, Elizabeth J Cottages, Hotel Bonavista, Abbott's Bed and Breakfast, and a number of other great accommodations. In Trinity there is the Artisan Inn, The Erikson Premises, Trinity Eco-Tours Lodge, and many more. There are also a number of great places to stay all along the Bonavista Peninsula and in and around the general area of the Skerwink Trail. With a little research one can easily find the right accommodations to suit their taste and budget.