Travelling on the Trans Siberian Railway: Irkutsk to Moscow

The Trans-Siberian Railroad: Irkutsk to Moscow

This the third and final part of a three-part series that I have written about my experiences of travelling on the world famous epic route between Beijing and Moscow. In each of the articles I describe my experience and offer practical tips and advice to anyone considering planning their own trip.

Read on to find out more about my mammoth train journey between Beijing and Moscow on the world-famous Trans Siberian Railway.

How to Buy Tickets for the Trans Siberian Railway

Tickets for the Russian journeys on the Trans Siberian Railway should be bought from a travel agent. We used a company called Real Russia to arrange our tickets. They are based in London but everything can be arranged through the phone and over the internet by email.

Our dedicated customer service adviser, Alexandra, helped us with all of our needs and we were very happy with the service provided.

In addition to the train tickets, your travel agent will also be able to help with your visa requirements and also with any side trips and activities you may want to take in the places in which you will stop.

Personally, we only used the agent to arrange our tickets. All of our tours and activities we arranged ourselves by doing research online and in travel guides.

The journey between Irkutsk and Moscow covers a distance of over 4000km and takes around 75 hours. If you're travelling for this amount of time on train you're going to want comfort.

There are 3 ticketing options for this train:

The difference in price between 1st and 2nd class is significant but considering the distance you're travelling and the quality of the experience you're getting, it's still good value.

We went first class and didn't regret a thing. On arrival to the train we received a free newspaper (Russian - no good to us, but hey); a shoehorn (random); a sewing-kit (which I actually made use of on day 2); a shoe polisher; slippers and towels; and some teas and sugar. We also had full clean bedding with 2 pillows each.

The first class compartments are air conditioned (which means you can't open the window) and you have the added benefit of having meals from the restaurant car delivered to your compartment.

My Camera of Choice - Recommended for your Travels

I use the Sony a6000 and can't recommend it highly enough.

Carriage Attendants of the Russian Railways

As on all the Trans Siberian trains, each compartment has it's own attendant. First Class Attendants speak English and will look after your every need. For us, that included bringing us a great (very strong) cup of coffee every morning to have with our instant porridge oats. Coffees and other items ordered are added to a tab which you pay shortly before alighting the train. 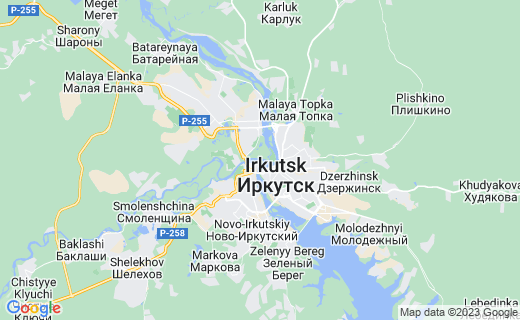 At this point I need to explain something about time zones. Between Irkutsk in Siberia and the Russian capital, Moscow, in the west of the country, there is a difference of 5 hours between local time and Moscow time. During the train journey you will cross through 5 time zones.

When we booked our train ticket with Real Russia our departure time showed 4:22pm on the itinerary. However, my printed ticket said the departure time was 11:22am. It was only when I came to look at these tickets the day before we were due to leave Irkutsk that I started to get confused. Was our train leaving Irkutsk at 4:22pm or 11:22am? The answer (sort of) came when I found out that all trains in Russia run on Moscow time and not local time.

But even so, I was not sure whether the ticket was merely displaying Moscow time but that it would still leave at local time. Without knowing for sure, we went to the Railway Station to enquire. It turns out that not only do all trains operate on Moscow time but all Railway Stations also also operate on Moscow time which means that every clock in the station displayed a time that was 5 hours earlier than the time displayed on my watch.

Now, I'm sure they have their reasons for doing this, but it's quite confusing for foreign travellers. When travelling on the train you will inevitably pass through different time zones as you head towards Moscow. You won't always know when you've passed a time zone. Even when you stop a station because the time will still be displayed in Moscow time.

Thankfully, posted to the wall of every compartment is a list of the all of the stops along the journey. This list tells you how long the train stops at each station and what time it arrives and departs. Whilst this is all in accordance with Moscow time it does tell you what timezone each station is in. So you can use this timetable to keep your watch up to date with local time. There's no much point though to be honest. You may as well just stick to Moscow time and by the time you arrive there's no need to re-adjust to the new time.

We travelled on the Trans Siberian Railway in May when spring had arrived and the snows had melted. In some parts we were given stark reminders that we were in one of the harshest environments on the planet: bare trees, half frozen lakes; and raging rivers.

We got a good glimpse into people's lives as we gently rolled past small villages and traditional homes and farms. The landscape is of course vast and seemingly endless out here in Siberia.

On leaving the city of Irkutsk we mostly rolled past a landscape characterised by industrial uses - think large chimneys, cranes, timber yards and power stations. Every now and again you would catch a moment of utter beauty but generally the landscape was rather monotonous and barely changed for hours at a time.

The over-whelming feature of the Siberian landscape has to be silver birch trees. I have never seen so many of these trees in my life. We would spend an entire day travelling through forests of silver birch trees. They would be the last thing we saw before we turned out the lights and went to sleep and the first thing we saw when we woke up and pulled up the blind 7 or 8 hours later.

After 75 hours on board a train, holed up in a compartment, you cannot wait to step off that carriage and put your feet on the solid ground of Moscow's city streets. We arrived under dark grey Moscow skies but could see the top our hotel peaking up from behind the station building. We made our way to our hotel (the Hilton Leningradskaya - highly recommended), had a quick shower and headed out to see the sights of Moscow.

Sadly it rained for the whole time we were there but we still managed to get around and see a lot of really cool stuff.

What to See in Moscow in 48 hours

We spent 48 hours in Moscow before taking a short flight to St Petersburg. While in Moscow we visited the following sights and attractions, getting around using the Moscow Metro system - a tourist attraction in its own right!

I took a lot of photos while I was travelling on this trip and also made several videos. Through experience I have learned how important it is to have a good camera if you want to capture your travels in the kind of quality that will stand the test of time. I look back on some of the photos from my older trips - photos taken with inferior cameras - and I feel a bit disappointed by them These days I use the Sony a6000 camera and take it everywhere with me. I'm really pleased with the quality of the images.

If you enjoyed reading this article please consider taking the time to leave a comment in the space provided at the bottom of this page. If you would like to read more of my travel guides, including other legs of the Trans Siberian Railway, please click on the links below.