The Suez Canal is an artificial canal built across the Isthmus of Suez, the northeaster side of Egypt. The canal connects the Gulf of Suez to Mediterranean Sea, which served as a short cut lane for small and large ships and vessels crossing from Asia to Europe. Most lane are designed as a single lane to eliminate traffic.

The very first canal from Nile River delta to Red Sea was excavated in 13th century BC. However, the construction was neglected for a long period of time. Though some rulers tried to re-excavate the canal.

Eventually, Universal Company of the Maritime Suez Canal was authorized to operate the canal for couple of years, then after the ownership will be transferred to the Egyptian government. The excavation of the canal began on April 1859 and was opened on November 1869.

The canal was opened to all ships and vessels of all nations. However, the opening of which caused conflict between nations such as Britain, Egypt and Israel. As a result, it was close during the Six Day War of 1967. There were several vessels sunk in the canal, which caused blockage on the shipping lanes. The canal was then re-opened in June 1975.

In August 2014, a construction to widen the Ballah Bypass was started. The expansion was planned in order to increase the capacity of the Suez Canal. The project was funded with interest bearing certificates, which costs billions of dollar. The “New Suez Canal”, was opened on August 2015. After few months, the Suez Canal Authority opened the new side channel on February 2016. Now, the Suez Canal can accomodate more traffic and larger ships than the Panama Canal.

Did you know that the Statue of Liberty was originally intended for the canal?

Did you know that Suez Canal was built by combining forces of laborers and high end machineries?

Normally, ships or vessels are gathered as a group before they are allowed to cross the Suez Canal. It only means that it takes couple of days for ships to finish crossing the entire canal. In some instances, it may take 4 to 5 days since each ship must maintain an average speed in accordance to their convoy.

Some ships used to hire armed securities from an independent agency for the whole trip via Suez Canal. Round the clock pirate watch on open decks are strictly followed during the transit. Other crew members from different departments do participate in pirate watch. The crew members are usually divided into two to three groups with one or two armed securities who will be leading them for the entire duty. Everybody has his or her own schedule for duty.

Did you know that there were 15 ships stranded in the canal for more than 8 years because of the war between Egypt and Israel?

How’s the Onboard Operation of the Ship during Crossing?

All activity rooms, bars, buffet line, casinos, dining area, shops and all other places inside the ships are running based on their usual operations. However, passengers and crew members are not allowed to stay outside any open deck in some point during the crossing.

During night time, all lights are turned dim as they said this will avoid any possible pirate attacks. Basically, all passengers and crew members are advised to keep their curtains or blinds close during night time. Moreover, the Food and Beverage department make sure that all buffet deck, dining hall and specialty restaurants are properly covered with curtains and blinds. They will only use the installed dim lights within the area plus they will set-up battery operated table centerpiece lights. Just a sort of a romantic ambience during their dine-in while taking the Suez Canal transit.

I’ve crossed the Suez Canal for three times already. I must say that crossing the canal is just like having a scenic view cruising in Alaska. They’ve started building statues and other structures on the grounds. Even the construction of highways started as well to smoothen their operations. Yes, they haven’t totally developed the place, but soon this will be one of the most enjoyable, exciting travel for ships and vessels traveling from Asia to Europe.

Places to Visit in the Middle East 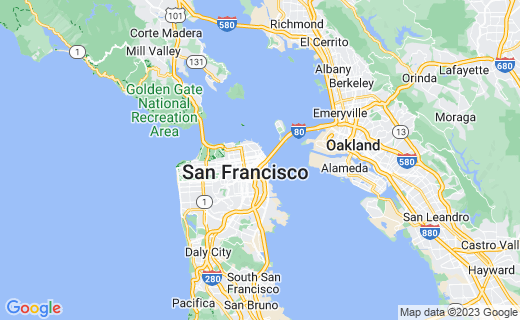