Want to travel to Papua New Guinea? Well! Here’s the bad news. With almost no tourism infrastructure and limited information available in books and on websites, it can feel like you’re stepping into the great unknown. But this is exactly why travelers find this country so compelling. The striking natural beauty and myriad complex cultures offer some riveting and truly life-affirming experiences. You don’t wanna miss out the magic of the moment, don’t you?

Good news is, this hub will show you how to get to Papua New Guinea’s nation’s capital Port Moresby and then from there, head to the destination of your choice if you are not staying in Port Moresby.

The author of this hub was born and raised in Papua New Guinea and has traveled the width and breathe of the country and what he shares in this hub is certain to intrigue you as well as inform and entertain you. 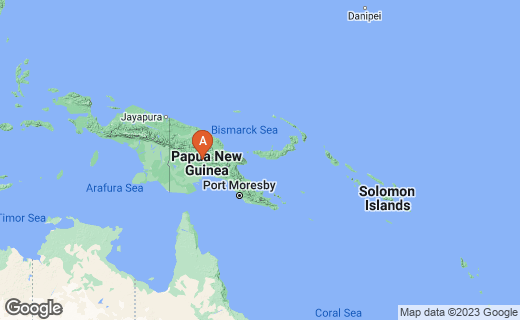 PNG as seen in the Pacific ocean

The excitement of visiting this island nation, floating in the middle of Pacific Ocean is something you have to experience yourself. Whether you coming for business or pleasure, PNG, is certain to give you the surprise of your life. Papua New Guinea is one of the most culturally diverse countries in the world. According to recent data, 848 different languages are listed for the country, of which 12 have no known living speakers.

Most of the population of over 7 million people live in customary communities, which are as diverse as the languages. It is also one of the most rural, as only 18 per cent of its people live in urban centres. The country is one of the world's least explored, culturally and geographically, and many undiscovered species of plants and animals are thought to exist in the interior.

Have you been to Papua New Guinea before

From Port Moresby to rest of Papua New Guinea

The most convenient way out of Port Moresby is by air, though come people arrive by cruise ships. The map of PNG below shows major centers where Air Niuguini and other small airlines service.

Port Moresby as you can see from the map is connected to airports around the country. Main centers are listed below;

Detail travel guide to this centers will soon be published for you.

Port Moresby serves has the central hub for the fact that it is the capital city of Papua New Guinea.

At Jackson's Airport, esquire at the offices of the local Airline companies including Air Niugini, Airline PNG and Travel Air (Mangi Lo Ples).

They will willingly assist you out.

Some basic facts about PNG we think you should know

If you don’t already know, PNG is a country said to be an island of gold floating on sea of oil. That says a bit about the fast growing economy of the country. It is truly and island of natural paradise. An abundance of minerals and petroleum brightens the outlook for this tropical nation, comprising eastern New Guinea and many small islands—including Bougainville and the Bismarck Archipelago. A patchwork of mountains, jungles, and swamplands, the country is home to some 700 Papuan and Melanesian tribes, each with its own language. Most of the inhabitants are subsistence farmers, although some grow cash crops.

The country gained Independence from Australia in 1975 and since then has never seen better delivery of goods and service to its citizen. You don’t have to be surprised by lack of progress and failing infrastructure likes roads bridges, wharves and airports.

Law and order is a big issue in the country so always be on the alert and don’t go where you are not supposed to go. Do come prepared with first aid kit if you are here for adventure. The reason is that PNG being a wet tropical country makes it the home to the mighty buzzing mosquitoes and lots of other biting insects.

History-Gained indepence from Australia in 1975

Climate-The coastal regions of the country are tropical whereas the Highland areas enjoy cooler weather in the evening. Generally speaking the country is hot most of the year averaging 30°C – 34°C. The driest seasons are May to October and this is more pronounced in the southern coastal areas including the capital, Port Moresby.

World-famous route that runs from Port Moresby in the south to Owens Corner (then Kokoda Village) in the north.

Despite its status as the tallest mountain in Papua New Guinea, Mount Wilhelm is one of the most accessible and ‘climbable’.

Surrounding the city of Lae is an expansive rainforest jungle, filled with magnificent tropical flora and fauna

Formely known as the National Capital Botanical Gardens, this interesting parkland is found inside the grounds of the University of Papua New Guinea.

The Kokopo War and Culture Museum is a branch of the National Museum of Papua New Guinea in Port Museum.

One of the most impressive natural sites tourists are likely to see in PNG is the island of Bougainville, located just off the country’s eastern coast