Berlin is one of the youngest european capitals. The first written mention about Berlin appeared in the year 1237. Nowadays Berlin is the capital of the Federal Republic of Germany. It has a population of about 3.5 million and occupies 343 sq miles of the flatlands on the banks of the Havel and Spree rivers. The city consists of 12 administrative districts and is surrounded by recreational areas, including lakes and woodlands.

Compared to other European cities, Berlin with its less than 800 years is considered a rather young city, but its history is unique. The two founding towns Cölln and Berlin affiliated in 1307 for a union. After riots, elector Friedrich II. declared the twin town his residence in 1451. In 1701, after elector Friedrich III had coronated himself as king Friedrich I in Prussia, Berlin rose to a Royal Capital and Residence Town. Numerous well-known buildings were designed then, his grandson Friedrich II (1740–1786) continued with the architectural redesign of the city, assisted by the famous architect Knobelsdorff. 1806–08 Napoleon's troups occupied the city; after the victory of Leipzig the Quadriga, which was annexed by Napoleon, was returned to the Brandenburg Gate in 1814.

In the following decades, the splendid classicist buildings by Schinkel and the blossoming park areas by Lenné emerged. Since the middle of the century, Berlin's economy boomed, the population grew rapidly. After 1871, when the city had become capital of the 'Deutsches Reich', the construction and economy boom even grew in the Gründerzeit ("founding era"), Berlin's population exceeded one million. The heavy defeat of World War I as well as revolutionary riots caused a deep crisis of the Reich and its capital. Out of the riots the Republic was proclaimed in 1918. Despite the difficult economical situation and further riots, art and culture flourished during the twenties; innovative theatre productions, splendid film premieres, vivid vaudevilles and an uncomparable nightlife made Berlin the centre of the "Golden Twenties". Hitler's takeover in 1933 marked the beginning of the persecution of Jews, Communists, Homosexuals, Oppositionals and many more.

After the Nazi terror and the end of World War II the city was finally devastated in 1945. The four allies divided Berlin in four parts: the East was administered by the Soviet Union, the Southwest by the USA, the West by Great Britain and the Northwest by France. With the "Berlin-Blockade" in 1948, the city became object of the Soviet-American conflict; Americans and British supplied the three West sectors via "Luftbrücke" with "Candy Bombers". In East and West Berlin the reconstruction began. The construction of the Berlin Wall on Aug 13, 1961 set the seal on the city's division and separated its people.

The city celebrated on Nov 9, 1989 when the Berlin Wall was torn down. After the reunification in 1990 Berlin became residence of the Federal Government, which held its first plenary session in the redesigned Reichstag on Apr 19, 1999. The Reichstag with its new glass dome became an attraction for both Berliners and tourists from all over the world. The new millennium was celebrated with a magnificent party at the Brandenburger Tor. A lot has changed in Berlin since then. And Berlin will keep changing.

BERLIN is cooler than Paris!

It's not, is it? Clint Eastwood downing a beer in the Helmut Newton Bar, John Cusack cycling along a cobbled street, Matt Damon strolling through a courtyard of fashion boutiques drawing on a cigarette? Nearly two decades after the fall of the Berlin Wall, the cultural life of the city has suddenly exploded again and is propelling it on its way to becoming the new New York.

Hollywood stars are rapidly discovering the once divided city, lured by its sizzling creativity and raw charm. Brad Pitt and Angelina Jolie are just the latest to have bought a home - a loft apartment in the trendy district of Mitte in the former communist East Berlin. Tom Cruise is considering the more sedate lakeside area of Wannsee. Their arrival and that of other celebrities in love with Berlin's grittiness, its disrespect for authority, the lack of paparazzi, even its lax smoking laws, is part of a wider trend - creative Americans are discovering Berlin.

The city is increasingly said to have the edge over New York as an international centre of art and creativity that many say America's cultural capital started to lose 20 years ago, when they began scrubbing the graffiti from the subways.

"Berlin is like New York City in the 1980s," proclaimed the New York Times. "Rents are cheap, graffiti is everywhere and the air crackles with a creativity that comes only from a city in transition."

New York artists have been moving here in droves, lured by low rents and an "anything goes" atmosphere. According to Damaso Reyes of the cultural magazine Krax: "Gone are the days when up-and-coming painters such as Jasper Johns and Robert Rauschenberg could rent a huge loft in Manhattan for just a few hundred dollars a month."

Naturally the art dealers have followed the artists. A year ago Robert Goff opened a branch of his New York gallery Goff + Rosenthal, citing Berlin's "energy as a city in which artists can actually afford to live".

The creative atmosphere has snowballed, with more and more artists drawn in. David Krepfle has swapped a loft under the Manhattan Bridge for a leafy street in east Berlin. The move has enabled him to concentrate on his bold paintings rather than on worrying about the bills. Those who have left the US because of the Bush administration's foreign policy see Berlin as a land of exile.

Long-term residents of the city who cite high unemployment, empty coffers and smelly drains cannot understand the hype. But glamour is not what lures the "Amis", as Berliners refer to Americans, rather the lack of it. The makeshift nightclubs in railway stations, lofts and warehouses are an antidote to the slickness of Manhattan or LA.

It took Berlin a long time to recognise the value in its creative talent and the extent to which it drives the city whose mayor refers to it as 'poor but sexy'. Some 114,000 people are employed in the creative industry, a rise of 50 per cent in a decade, and Berlin is home to a tenth of all Germany's creative professionals, many of whom filled gaps left by traditional industries.

Neither has it taken long for the Berlin buzz to seep through to Hollywood. Studio Babelsberg in Potsdam, which had its heyday in the 1920s, has had admirable success in recent years in drawing in big-name producers attracted not just by government subsidies and an efficiency that enables them to produce to budget, but by Berlin's coolness.

Several major productions are currently shooting in Babelsberg, including Tom Cruise's controversial Valkyrie, directed by Bryan Singer, about the July 1944 plot to kill Hitler, while ex-wife Nicole Kidman has just arrived to start filming the adaptation of Bernhard Schlink's novel, The Reader. "It used to be that producers came to us, but now it's the other way round," a member of a Babelsberg investment team says.

The love appears to be mutual. Not since the 1930s, when film directors fled Nazi Germany to find refuge in the US, have Germans been so much in demand in Hollywood. Names of the moment include Marco Kreuzpaintner, Christian Alvart, Sandra Nettelbeck and Florian Henckel von Donnersmarck, creator of the Stasi drama The Lives of Others

German gossip magazines, which until a few years ago had little choice but to concentrate on home-grown celebrities, now have a field day with news of who's in town. Jennifer Lopez was spotted in the riverside warehouse nightclub Spindler and Klatt, Norman Mailer was observed - but not hassled- wandering through the streets, and Robert De Niro was seen eating schnitzel in the elegant Borchardt restaurant. Pitt and Jolie favour the swish Swiss restaurant Nola's in a converted public convenience in Mitte, while Willem Dafoe is drawn togrittier haunts like Markthalle in rebellious Kreuzberg and Jude Law likes to woo his new flame, 26-year-old model Susan Hoecke, at Shiro i Shiro.

British artists are also getting in on the picture. Helping to shape Berlin's creative landscape is the architect David Chipperfield. Berlin is waiting with bated breath for his reworking of the city's historic Museum Island, a World Heritage site, which, cultural chiefs say, will rival the Louvre. The vision is that Chipperfield's glass and steel colonnade-style construction will turn Berlin into nothing less than the "New Paris". 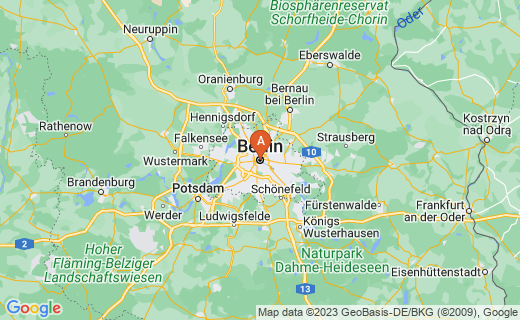 Museums and Art Galleries in Berlin

Berlin has more than 170 museums and collections. They offer everything from the ancient to the ultra-modern - the Egyptian Nefertiti, the greek Pergamon Altar, the painters of the "BrÃ¼cke" and the "Bauhaus" and works by Baselitz and Beuys.

exciting as they are diverse.

With 850,000 visitors a year, the Pergamon is Berlin's prime museum. Hardly surprising, given its three outstanding collections under one roof: the Antiquity Collection, the Museum of the Near East and the Museum of Islamic Art.

It can be a real nice X-mas present ever! Why?

Revolutionary electronic-paper display provides a sharp, high-resolution screen that looks and reads like real paper. Simple to use: no computer, no cables, no syncing.

Wireless connectivity enables you to shop the Kindle Store directly from your Kindle—whether you’re in the back of a taxi, at the airport, or in bed.

Buy a book and it is auto-delivered wirelessly in less than one minute. More than 190,000 books available, including more than 105 of 112 current New York TimesÂ® Best Sellers and New Releases for $9.99, unless marked otherwise.

Lighter and thinner than a typical paperback; weighs only 10.3 ounces. Holds over 200 titles. Long battery life. 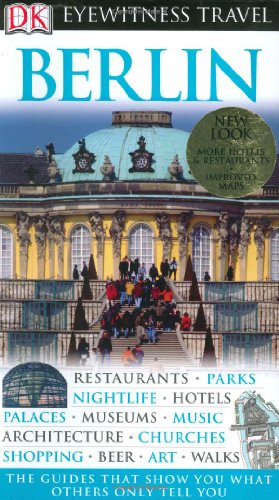