Madrid is the capital of Spain (since 1562) and is located on the Iberian Peninsula. Because of its central location and high altitude, the climate of Madrid is characterized by warm dry summers and cool winters. The entire population of the Madrid metropolitan area (urban area and suburbs) is calculated to be 5.843 million. The city spans a total of 607 km²  (234 square miles).

As the capital of the Spanish Empire, Madrid is a city of great cultural and political importance. While Madrid possesses a modern infrastructure, it has preserved the look and feel of many of its historic neighborhoods and streets. Its landmarks include the huge Royal Palace of Madrid; a restored 1850 opera house; the Buen Retiro park, opened in 1631; the imposing 19th-century building containing the Spanish National Library (founded 1712); the national archives; an archaeological museum of international reptuation; and three superb art museums: Prado Museum, which houses one of the finest art collections in the world, the Museo Nacional Centro de Arte Reina Sofía, a museum of modern art, and the Thyssen-Bornemisza Museum, housed in the renovated Villahermosa Palace. But Madrid is not just a cultural destination. It is also a lively metropolis with many pubs, cafes, discotheques and nightclubs open late into the night.

Madrid On the Map 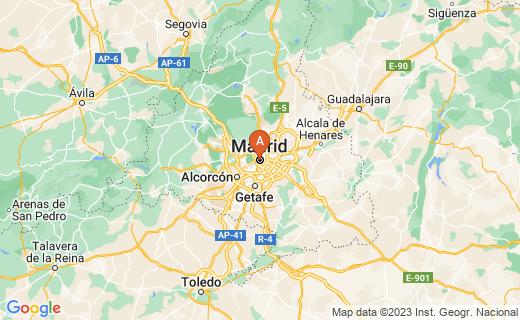 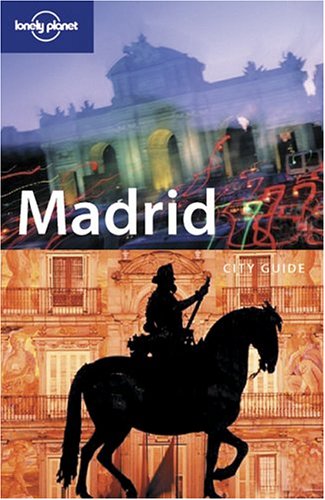 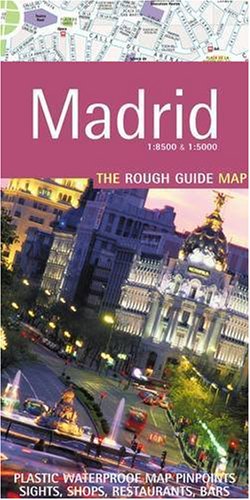 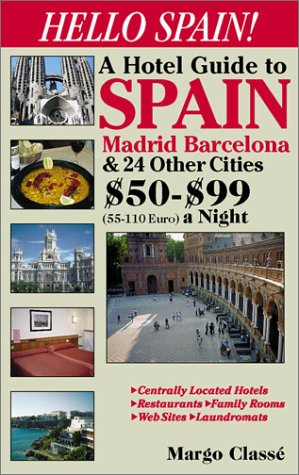