Traveling in the Soviet Union

- on an organized trip

- after getting a private invitation

- after getting an official invitation

In all these cases you were restricted in your movement. You could visit only certain areas. It was not allowed to visit closed cities, towns or areas.

I tried all four options.

In 1980, on my first visit to the Soviet Union, I went there on my own, only with a transit visa which was valid only for two or three days. Coming from Poland, I arrived by train in Kiev where I took another train to Sochi and then to Sukhumi. From there I started a hitchhiking trip in Georgia, I stayed for several days there, and it was a great experience to come in contact with people I otherwise would not have met, to see places I otherwise would not have seen. Georgia is the country where Stalin was born, and there was still a great admiration for this dictator.

Back in Sochi, I took a domestic flight to the Moldovian capital Chisinau. Soon I realized that this city was culturally more connected to Romania than to Russia. After several days there I decided to hitchhike to Romania. After arriving in a small village two kilometers from the border I had to walk. When the border guards saw me coming, they checked my papers, and they saw that I had entered the Soviet Union from Poland more than two weeks ago. But it was no problem, they thought that I was walking all the time from the Polish to the Romanian border.

In 1985 I went for about ten days on an organized trip to Uzbekistan and Tajikistan. It was the first time that I chose this way of traveling but after all, it was a positive experience. Before I visited these countries I didn't know anything about Islam, but during the trip I learned at least, that it is not allowed to take photos of Muslim people, and I saw some of the great islamic architecture you can find in these countries, especially in Samarkand, one of the most ancient cities of the world whose history dates back 2,500 years, and in Bukhara, another ancient city. Unfortunately I could not make any personal contacts during this trip.

In 1988 I was invited to the first jazz festival in the Lithuanian capital Vilnius. Antanas Gustys, the festival director, whom I had met two years before in Germany, had invited me to bring a band to his festival. The festival was a big success, but it was not only the festival which I was interested in. At that time the movement for the restoration of the Lithuanian independence from the Soviet Union had started. People began to think for themselves and stopped listening to politicians. It was an exciting spirit of freedom I felt when I was in Vilnius. I had some similar experiences in the following years when I visited Latvia (in 1989 and 1991), Estonia (in 1990) and again and again Lithuania, and it was always a good opportunity to come in contact with people in these three countries still under Soviet occupation. In 1991 I tried again to visit Estonia. Coming from Finland I had no visa for the Soviet Union because the Soviet consulate in Helsinki was too lazy to issue visas in time, and so I tried to get a visa at the border. This attempt was unsuccessful, and so I had to return to Finland.

In 1990 I went to Sverdlovsk (now Ekaterinburg) to attend a jazz festival there. The first impression was a nightmare, a dirty and ugly city, 40 km East of the Ural mountains. My friend who had invited me, lived with his family in a small apartment, but he told me that he was lucky that he had not to share it with another family. The room of the hotel were I spent several nights was big enough to host a soccer team but I had dozens of other roommates - cockroaches (a friend had even a mouse in his room). The festival was interesting, some of the most important Russian musicians performed there, plus some musicians from Bulgaria, Lithuania and the UK, and it was a good opportunity to make some new friends. Another year, another festival. In October 1991 I traveled to Arkhangelsk, a port city in the Northern part of Russia at the coast of the White Sea. It was at a time of transition, the Moscow putsch had just collapsed, but the Soviet Union was still existing. During Soviet times, Arkhangelsk was one of the most important places for jazz and improvised music in the country, and so it wasn't a surprise that the festival offered some high level performances, including some by foreign groups. The festival included a trip to the Solovetsky island in the White Sea, a place of extraordinary untouched nature. This island is also home to a monastery which was turned into a prison camp during the time of Stalinist dictatorship, and where many prisoners, Russians as well as foreigners, lost their lives.

February 1992 - the Soviet Union was history. At that time there were no border checks between the countries of the former empire. I bought a train ticket for about 1$ in Vilnius and traveled, without a Russian visa, to Leningrad to attend another festival there ... 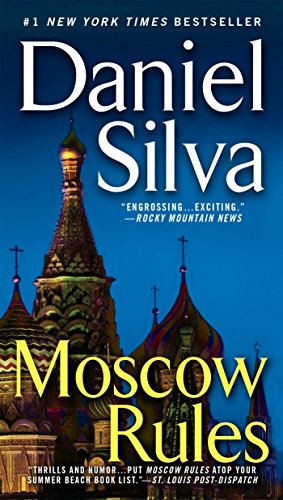