Uffington White Horse is an awe inspiring site that can seen from miles away overlooking the head of a dry valley in Ridgeway Escarpment. It is the oldest of all of Britain's white horses by thousands of years and it is the oldest hill figure in Britain. Other chalk horses exist in Britain, but where these others were naturalistic figures, Uffington White Horse was formed from curving lines about 10 feet wide. This chalk horse has a length of 365 feet making it twice as long as the longest Wiltshire chalk horse. In good weather, this carving can be seen from up to 20 miles away. From the top of Dragon Hill, it can be seen up close but it is said that the best view is on top of Ridgeway Escarpment, three or four miles away from the carving. Whether or not the creators of this chalk carving intended it as a horse has been hotly debated but it has been known as such since medieval times. Manuscripts from the Abbey of Abington dated to around 1075, refers to the 'place known commonly as White Horse Hill' or 'locum qui vulgo mons albi equi nuncupator'.

How to See the White Horses
Buy Now

Who Made the Uffington Chalk Horse?

Leucippotomy is an apparent ancient practice of carving horse figures into the chalk upland areas particularly as seen in Britain. At one time, due to Iron Age coins found near the site bearing an image of striking resemblance to the chalk horse, it was thought that the Uffington Chalk Horse was an Iron Age artefact built by an Anglo Saxon tribe. However: Why was Uffington White Horse Created?

There are many theories explaining the origin and mystery of Uffington White Horse. Horses were very important to the Bronze Age culture at the time as humans were first starting to ride them.

Maintenance of the Uffington Chalk Horse

Over its 3000 year history, this horse has never been forgotten. The grass grows over it quickly and yet it still exists as a testament to the handiwork of our ancient ancestors.

Read some fictional accounts of the Uffington White Horse 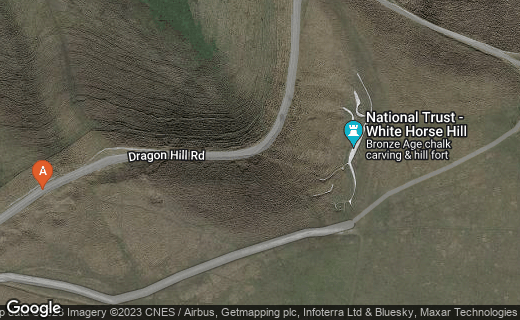