Route 66 is a favorite historic highway in the USA, extending from Chicago, Illinois to Santa Monica, California in full force for 60 years from 1926 – 1985.

By the mid-1980s, the American Superhighway had displaced much of Route 66, making many parts impassible because of lack of maintenance. Businesses along Route 66 had closed and traffic had died down with drivers taking I-70, I-44, and I-40 westward in its place.

Parts of Old Route 66 and newer “alignments” that are newer roads built in parallel with Old 66 remained open. A movement to restore the entire length of highway began and as of 2010, much of the Mother Road was open again.

Author Tom Snyder founded the US Route 66 Association and published a collection of official guidebooks for traveling the road across all of its passable sections. Old and new sections of Route 66 wrap around parts of I-44, running roughly parallel.

Bobby Troup wrote Route 66 and helped to write the Guidebooks for the Route with Tom Snyder. You may remember Bobby as Dr. Early in the TV series Emergency, with wife July London as nurse Dixie McCall.

My favorite section of Route 66 is across Missouri, From St. Louis and its suburbs like St. Peters. to Springfield and smaller towns in between. This is the Ozarks Region and has always seemed mystic, because of the rumors, ghost stories, and legends found in this region. It serves the state well in October holidays celebration of Halloween and alternatives along road.

Missouri is known for its grape harvests and along Route 66, you will find fruit stands at the side of the road selling them, especially in the St. James Area. A good set of day trips to cover 2 or 3 days in Missouri along Route 66 include the following towns in the lists accompanied by maps.

The better route driven to reach these communities is actually I-44, although many parts of Route 66 weave around it under local or county road names or along roads running parallel to the old impassable parts. Historic US Route 66 signs should be posted all along the way to help travelers find the correct turns. Descriptions of driving on the nearly-impassable parts of Route 66 are found in the mystery anthology Murder on Route 66. 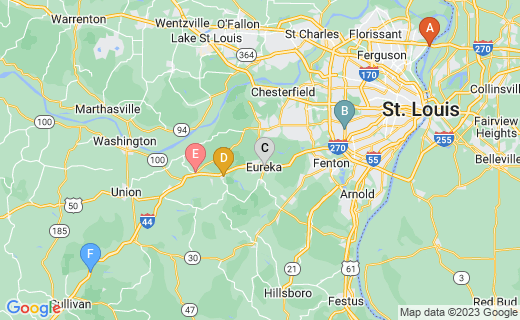 This is my favorite part of a driving tour through Missouri. 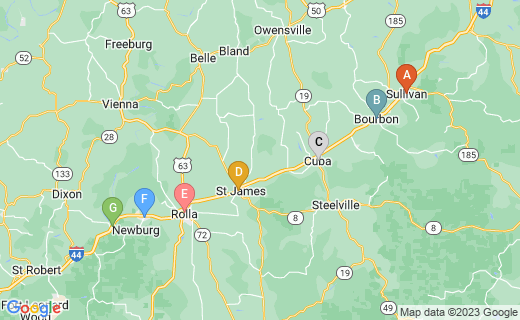 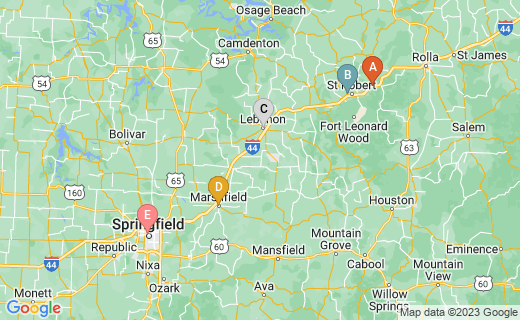 Along this portion of the route, family-friendly sights and retail establishements are several and travelers can see trading posts, historic bridges, and small picturesque towns between the stops.

Route 66 in Entertainment and Documentaries

Route 66: 75th Anniversary Collector's DVD Set
This is my favorite video visit to Route 66. The 75th Anniversary collector's set contains "Route Return to the Road with Martin Milner"; "Route An American Odyssey"; "Drive The Guide to taking a Trip", and "Greetings From Route A Video Postcard". This is great fun to view and good preparation for travel.
Buy Now