A Quick Guide to Vienna, Austria

Everyone knows about the allure of Paris, Rome and Amsterdam in the spring. But what about Vienna? This city also dazzles in the spring sunshine. Its magnificent imperial heritage impresses whatever season, as does the almost edible Baroque architecture and the elegant Art Nouveau style.

Add an enviable quality of life, regularly ranking Vienna as the world's best capital city, and you have the perfect long-weekend destination. Two must-sees set the tone for Vienna's famed cultural life and sophistication.

First is the supremely confident Hofburg, which was the seat of the Habsburg rulers and occupies an impressive swathe of the historic Innere Stadt (Inner City). No less important, the Habsburgs' vast cream-and-ochre Schönbrunn Palace stands in suitably expensive parkland and is a glorious sight on sunny spring days.

Between the palaces stretches a galaxy of other palaces and opulent old-school shops, and above them all soars the intricate stone spire of the Stephansdom (St. Stephen's Cathedral). Located at the heart of the city and affording fabulous views, the cathedral's impressively spiky edifice is a cherished landmark.

The majestic Ringstrasse, an imperious circular boulevard that follows the former city walls, rounds off the Innere Stadt. Lining this prestigious address are several of the capital's most familiar structures, such as the Neo-Gothic Rathaus (Town Hall), which serves as the backdrop for the city's renowned Christmas market.

Yet for all the imperial traditions and glamor, Vienna never overwhelms, even on a short break. Instead, the city proves to be wonderfully accessible. The colorful cobbled lanes twisting around the Mozarthaus lie just minutes away from the stone pomp of the Ringstrasse.

Across the immaculate lawns of Maria-Theresien-Platz lies one of Vienna's biggest cultural draws, the Museumquartier. A vibrant cultural center in the former imperial stables, the 60,000-square-meter complex opened in the early 2000's. Highlights include the Leopold Museum, wit the world's largest collection of Egon Schiele paintings, and the Museum Moderner Kunst Stiftung Ludwig Wien, devoted to modern and contemporary art.

Just beyond the Innere Stadt stands another big hitter, the expansive Baroque palace known as the Upper Belvedere. Today, the gleaming structure houses a gallery that includes Gustav Klimt's best-known painting, The Kiss, and much more of his work.

Vienna sparkles on cloudless days and provides plenty of outdoor opportunities. You could stroll to the Prater, a park situated between the city center and the Danube River. As you approach, the Riesenrad (Ferris wheel) looms even larger. Over 100 years old, the 65-meter high wheel has been through a lot. In 1944, it caught fire and was almost destroyed. Restoration started a year later.

If you prefer something more sedate, like retail therapy, you'll have plenty to keep you occupied in Vienna, and the old-world appeal of many of the locally-owned shops adds to the charm. Head for Kärntner Strasse, the capital's most famous shopping straat. Together with the parallel thoroughfares of Kohlmarkt and Dorotheergasse as well as Graben, which connects the three streets, they form a prestigious retail quartet.

Did you know that

The famous French pastry called croissants actually has Viennese origins. They are based on the Austrian kipferl, which means crescent in German.

Go For A Coffee

Balthasar is a relaxed coffee shop in Vienna’s 2nd district. Locals come here for a barista-crafted espresso made of sustainable fair-trade coffee beans. Linger for a little longer and enjoy many coffee blends exclusively roasted in Bavaria (Wild Kaffee). Balthasar No. 11 is a house blend made of Brazilian, Guatemalan, and Ethiopian coffee.

Wiener Rösthaus is a cosy coffee house that resembles an old colonial grocery store. Come here to try coffee straight from the roastery. Its specialty coffees are made of 100% pure, hand-picked Arabica beans and are characterised by their exquisite aroma. Wiener Rösthaus never mixes different coffee beans – they are strictly pure and roasted according to Viennese traditions, which means slow roasting at a low temperature.

My friend Lina warmly recommends Café Landtmann, next to the Rathaus. It's said that Sigmund Freud visited this please very often. They are in business since 1873.

Shop At The Naschmarkt

On Saturdays, locals drop by on their way home with full bags of groceries from the nearby Naschmarkt. Dating back to 1786, Naschmarkt is the city’s oldest and most popular market. It used to be a dairy market and was called Aschenmarkt in reference to the Asche, an old-time milk container made of ash wood.

Nowadays, along with stalls selling food, drinks, and handicrafts from all around the world, Naschmarkt also hosts a flea market every Saturday, which lures in vintage and antique lovers.

One of the most beautiful concert halls on earth! Most people know it because of the Vienna Philharmonic’s annual New Year’s Concert.

The building is built like a giant instrument, making you feel the sound coming from the musicians. The audience becomes part of the music, and it’s truly an incredible experience.

Affordable standing-room tickets let you experience a concert by the Vienna Philharmonic Orchestra for less than six euros! It’s a huge privilege to be there, and you can literally feel the spirits of Beethoven and Brahms.

Housed in a freshly renovated palace, the Albertina Museum always has a good temporary exhibition and a stunning permanent collection of mainly impressionist and modern paintings by Monet, Degas, Cézanne, Nolde, Picasso, and many others.

Definitely worth a visit, though you may have to queue! The Albertina has a restaurant, and right beside it is a rather famous hot dog and sausage stand where you may even run into some opera singers. 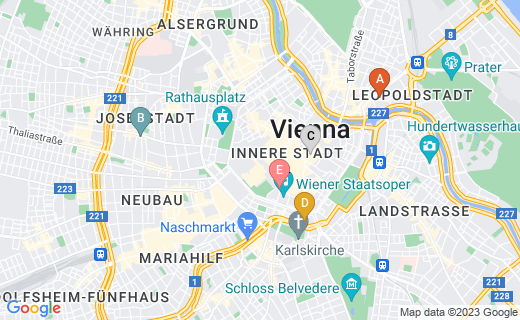 Would you go on a break to Vienna ?