Vienna is a Magnificent City

Vienna is the musical capital of Europe. Who has not heard of the famous New Year’s concert which takes place every year in Vienna? Who has not heard about its beautiful palaces and delicious cakes? Vienna is a historical city, once the capital of one the most powerful European Empires it is now a city with a rich history to carry and a considerable cultural patrimony to offer to the world. In 2001 Vienna was designated a UNESCO World Heritage Site for its numerous monuments and works of art like the beautiful Stephansdom or Saint Stephen’s Cathedral.

Although one of the most expensive European cities, you can still find Cheap Vienna accommodation and relatively inexpensive places to eat. Once you are in Vienna buying a travel pass for moving around the city using public transport will also save you time and money.

Certainly a European city not to be missed, Vienna is also the city with the second highest quality of life worldwide. Visit Vienna and you will not be disappointed, walk along its romantic streets, delight yourself with some authentic Austrian cuisine and you will be compelled to go back to Vienna.

Things to see and do in Vienna:

Vienna is a place where you will never get bored. It does not matter how many times you visit, you will always find a new place to see, a new concert to attend or a new coffee shop to sit at and watch the world go by. There is so much that the best thing to do when you visit is to concentrate on only a few sites rather than rush through it trying to see it all. Vienna is a city that it is best enjoyed calmly, strolling along its historic centre, sitting in the cafes and enjoying the local cuisine and patisseries.

Some of the places that you should see in Vienna are: 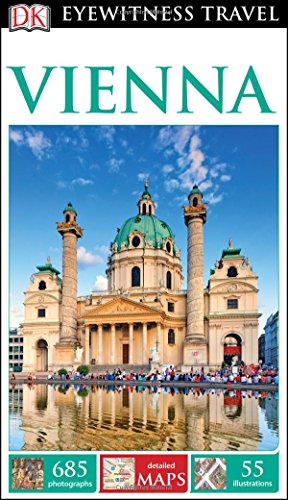 Have you been in Vienna? 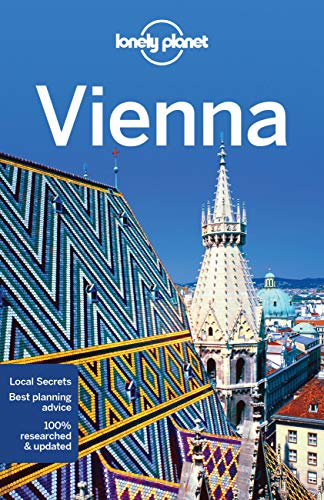 Vienna is one of the most expensive cities in the world. For a weekend visit you should budget for at least €200 per person. You can save money by cutting out entrance fees to museums and art galleries and just soaking up the city ambiance. A weekend is not enough to see all of the city, so it is best to concentrate in taking it easy and just visiting one or two museums then spending the rest of the time walking along the city centre and delighting yourself with the beautiful buildings and gardens.

I must admit that instead of visiting museums I do prefer to sit in one of the numerous cafes and enjoy what the Austrians do best: coffee and cakes. For a set lunch be prepared to spend on average €20. This means that if you are a “cheap eat” you will be spending at least €40 a day on meals only.

If you really fancy seeing a show or listening to a concert in Vienna, be prepared to pay between €15 and €60 for a place, depending on the show, and around €10 for an entry to one of the numerous museums. A cocktail in a night club will set you back around €6.

Transport:You can buy a weekend metro ticket for €12. If you are taking the train from the airport to the city centre you can use the fast train which takes you to the centre of Vienna in 15 minutes for €9 or the slow train which takes almost 30 minutes to the centre but costs only €3. Be prepared to pay at least €30 and spend at least 30 minutes if you are doing the airport-city centre journey by taxi.

This is for me one of the main attractions of Vienna! You can find them at the Konditorei -coffee and cake shops.

Cakes and desserts are incredibly fattening and delicious; they are traditionally rich in butter, chestnut and prune purees. The combinations can be very elaborate, often inspired by Czech and Hungarian recipes. Some of the most popular cakes are the Apfelstrudel (a pastry filled with apples, raisins, cinnamon and sugar) best served hot, Palatschinken (sweet pancakes), and Knödel (dumplings) often filled with fruit such as apricots.

If you visit Vienna during the cold season you can also enjoy hot chestnuts in one of the numerous street stalls in the city.

The kandierte Veilchen which are violets in sugar candy, one of the favourite desserts of Sissi the Empress.

The Sachertorte, a dry chocolate cake with apricot jam from the Sacher Hotel, is world famous and worth every bite! It is said that the secret of this heavenly cake is in the proportions of the three types of chocolates necessary for the coating.

Vienna has many interesting shops and boutiques but they are expensive and not as exciting as shopping as in other European cities like Paris or London.

The best shops in Vienna are the Delicatessens. For sophisticated jams and speciality teas you should go to Schonbichler & Co. For cured hams, cheeses and mustard among many other delicacies try Meinl am Graben. For the best Austrian wines you should have a look in Wein & Co for excellent quality and good prices for wines such as Riesling de la Wachau, o chardonnay and Zweigelt from the Neusiedl. If you are a chocoholic but do not want to break your diet, nothing better than Altman & Kuhne the kings of the miniature chocolates and chic wrapping.

Vienna's most exclusive shopping district is found right in the historic city center. The most sought-after Austrian and international designers are found along the pedestrian area from the State Opera to St Stephen's Square and the Imperial Hofburg Palace. Here you can combine sightseeing with a unique shopping experience.