Located in a natural desert preserve north of Tucson, Arizona is a unique structure. It sits on over 3.13 acres at the base of the beautiful Santa Catalina Mountains The structure is at an elevation of over 4,000 feet. The structure is known as Biosphere 2. It has the distinction of being listed in Time-Life Books as one of the fifty “Wonders of the World” people must see during their life. It is recognized as a specialized research facility. The structure was designed to provide a way to perform research, teach and have generations learn about the Earth and the many natural systems that support it. Biosphere 2 also tries to discover the Earth's role in the universe. It is known around the world as the biggest closed system ever devised by man. Starting in 2011, Biosphere 2 was owned and operated by the University of Arizona.

The design of Biosphere 2 was intended to learn about the interactions of the various life systems on Earth. This was to take place in a huge structure that had five different areas within it. Biosphere 2 had space designed for people to work and live. There was a large agricultural area. The people who entered Biosphere 2 studied the relationships between humans, technology, farming and other aspects of nature. Scientists wanted to learn about the manipulation of a biosphere in space for the purposes of colonization.

The Biosphere 2 structure was built between 1987 and 1991. It was designed as a joint venture between the inventor John P. Allen and Margaret Augustine, its Executive Director. The name of the business entity involved with the project was Space Biosphere Ventures. The structure coast approximately $200 million to construct. Biosphere 2 was the name given because is was designed to be the second biosphere able to maintain life, after the planet earth.

A biome is large, distinctive complex of plant communities built and kept functioning by climate. There are five biome areas in Biosphere 2. There is a rainforest biome that is over 6,000 square feet. An ocean that has a coral reef that is more than 2,788 square feet. The mangrove wetlands are approximately 1,476 square feet. The savannah grassland biome is over 4,500 square feet, and the fog desert is an 8,200 square foot agricultural system. Heat and water in the Biosphere structure flow through an independent piping system. Solar input through the glass space frame panels on the structure also provides heat.

There were many animals used during the Biosphere 2 missions. Some were pygmy goats and a billy goat. It had over 34 hens and three roosters. These chickens were a mixture of different breeds from Japan, India and more. There were two sows and a feral boar pig. Tilapia fish were also used in the structure. The Rainforest plants grew well, but the trees in the savannah did not survive. The Corals used in the ocean area reproduced. Crews worked hard to maintain the health of the structure's ocean system.

The Biosphere 2 building with five arches and three towers is known as the Energy Center complex. The structure requires constant power to maintain adequate living conditions for the life inside. When the temperature outside Biosphere 2 rises or falls, the Energy Center responds to maintain the optimum temperature inside. It has two large generators. The main one uses natural gas, and the backup generators utilize diesel fuel. It also has boilers to heat and cool the water inside the structure.

The first mission of people being enclosed in Biosphere 2 and sealed off from the outside world happened in September of 1991. The goal of the mission was to test the ability of a small group of humans to survive in a self-sustaining colony. This is something that could help develop a colony of humans on a distant planet in outer space. It would enable them to produce their own food as well as recycle their wastes and water. The individuals living in Biosphere 2 were referred to as Biospherians. By April of 1992, each of the biospherians had lost a large amount of body weight. Oxygen levels in the atmosphere were diminishing. The group split into two units based on opinion about what should be done. This is a common occurrence in confinement in an isolated environment with limited resources. Food production during this time was low. The first winter had a large amount of cloud cover. The chickens used in the experiment did not produce a sufficient amount of eggs. The pigs and chickens were eating important food resources. The biospherians ended up consuming the farm animals. Others were eating important seeds meant to be used to plant crops. The oxygen levels dropped to dangerous levels. Eventually, outside air was permitted into Biosphere 2 and many felt the mission was a failure. The first Biosphere 2 mission ended in September of 1993.

After the first Biosphere 2 mission, a lot of research was conducted to improve the systems used in the structure. Concrete was utilized to seal the structure and stop any uptake of carbon dioxide. The second mission began during March of 1994. It was designed to last for ten months. This time the crew in Biosphere 2 was able to achieve self-sufficiency in producing food. During the following months, disagreements between the management team had federal marshals serving restraining orders to remove the on-site management. Then members of the previous team vandalized the structure. Team members left the structure and were replaced by other people. The ownership of the structure dissolved in June of 1994. The second mission of Biosphere 2 ended early in September of 1994.

Visitors to Biosphere 2 are able to see research conducted that involves the future of our planet. The visitor center is where people can see a number of different exhibits and multimedia displays. There is also Bookstore and Cafe available. A movie can be viewed and enables people to learn about the past as well as current and future plans for the structure. Visitors are then able to go into Biosphere 2 and take a tour with an interpretive specialist. People can see the stunning trail system, as well as smell the ocean inside the structure and more. Visitors can also experience the tropical Rainforest. Once people have experienced the Biomes, they can then see the technology in the basement that operates the structure. There is also the chance to see an underwater gallery that was custom-built for Biosphere 2. Here, there is an ocean that consists of over a million gallons of water as well as a coral reef. 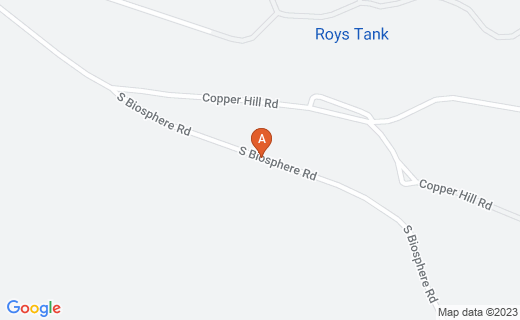