A Guide to Visiting Nidderdale in the English Lake District

Nidderdale is a designated Area of Outstanding Natural Beauty (AONB) in the English county of North Yorkshire. It's main features are a spectacular moorland landscape that changes with every season and a rich tapestry of lush green meadows and fields. Central to Nidderdale's appeal as a visitor destination is the stunning geological features of the place; most impressive of which is the Brimham Rocks.

Read on and get some tips and advice to plan a visit to Nidderdale, including:

Nidderdale and the Surrounding Area

Bordered by the Yorkshire Dales National Park and close to the UNESCO World Heritage Site of Fountains Abbey at nearby Ripon, Nidderdale offers a unique blend of ingredients, mixed in the right proportions and painted in the right colours – whatever the season – that has had a timeless appeal to artists, photographers and film makers.

At the heart of a visit to Nidderdale is a visit to the Brimham Rocks, an enduring natural spectacle, that has been gradually eroded by wind, rain and ice over the course of several millenia.

As a Site of Special Scientific Interest (SSSI), the UK's National Trust - the charity that looks after hundreds of extraordinary places across the country, for ever, and for everyone - is the custodian of this special area and is responsible for looking after the moorland and managing the birch scrub and the bracken.

There are few sites in the world where you can explore and learn about a place that existed long before dinosaurs roamed the Earth. Formed 320 million years ago when the British landmass was south of the equator, Brimham Rocks has fascinated people for more than a thousand years, its first recorded ownership being in 1066.

The main rock formations at Nidderdale have names that have been passed down through generations. A walk around the Brimham Rocks starting from the back of the National Trust Visitor Centre will lead you to spot the Dancing Bear, the Druid's Writing Desk and the balancing act of the Idol Rock.

Pick up one of the Tracker Packs from the visitor centre or buy a guidebook of the area to take home with you.

If travelling to Nidderdale by car and using Sat Nav just key in the postcode HG3 5AW to get to the very centre. Nidderdale AONB is easily accessible from the A1 (M) and the A61 to the east and the A65, A59, M65 and M62 to the south.

By bus: the Transdev Harrogate & District number 24 service runs regularly from Harrogate into the AONB through Lower Nidderdale to Pateley Bridge. Harrogate is easily accessible by bus from surrounding towns and cities such as York, Leeds, Ripon, Knaresborough, Wetherby, Bradford, Ilkley and Otley. Leeds, Harrogate, York, Ripon and Thirsk are also served by National Express coaches.
By train: the nearest train station is Harrogate with regular services from Leeds and York.

The visitor centre, shop and kiosk are normally open from 10am until 5pm (4.30pm in February) with the car park remaining open until dusk (or no later than 9pm in the summer months). In November and December the shop and kiosk close at 4pm.

Where is Nidderdale Located 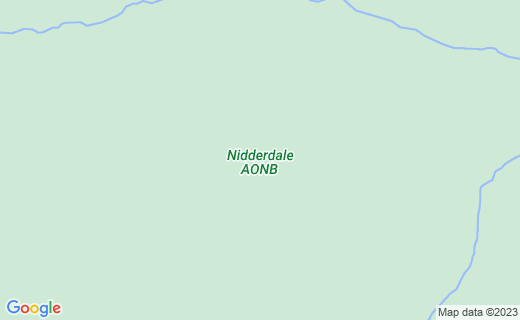 Dogs are welcome all over the property but owners are asked to keep dogs on their leads at all times.

Their are many activities that will keep children entertained on a visit to Nidderdale. Try the Tracker Packs from the visitor centre or download the geocatching app and go treasure hunting in Altered Reality.

Nearby, you can find Nidderdale Llamas which offers Llama trekking and farm experiences. You can't ride the llamas but they can carry your picnic for you!

Other Activities in Nidderdale

Nidderdale is located in an area of North Yorkshire that is packed full of fun and interesting days out. One of the most spectacular historic attractions in the nearby area is that of Fountains Abbey.

Fountains Abbey has been inspiring visitors and drawing in the crowds for centuries.

Established by Benedictine monks in 1132 as a place to enjoy solitude and meditation, Fountains Abbey become one of the largest, richest and most influential of all of the abbeys of the Cistercian Order built across the UK. However, after a run of 400 years the 16th century King of England, Henry the Eighth (known for cutting off the heads of his wives) began a period of paranoid frenzy in which he ordered all churches and monasteries to be closed, fearing their influence on society.

Fountains Abbey lay abandoned and weathered by the element for the next 200 years until in the mid 18th century when the local aristocratic Aislabie family of Ripon acquired the Abbey and work commenced on restoring it to its former glory.

The atmospheric ruins that remain are a window into a way of life which shaped the medieval world. Lush green gardens surround the building and run along the riverside, a perfect spot for a picnic. Footpaths along the river take adventurous visitors to a deer park, home to Red, Fallow and Sika deer and ancient trees; limes, oaks, and chestnuts.

To recognise the special historical significance of the Abbey, this special place is now recognised as a UNESCO World Heritage Site.