The third biggest country in South America, Peru is known worldwide for Machupicchu. But, Peru has many other beautiful places to offer. About 10% of the territory belongs to the Coast, while the Andes occupy a 32% and the Amazon jungle about a 58%.

Peru's geography varies from the arid plains of the Pacific coast to the peaks of the Andes and the tropical forests of the Amazon Basin. This varied geography gives rise to a big range of climates.

The coast has moderate temperatures, low precipitations, and high humidity. From late December until March you can expect summery weather and enjoy the beaches along the Peruvian coast.

In the Andes, rain is frequent during summer, and the temperature lowers with altitude up to the frozen peaks of the Andes. From June to August you can expect the dry season. Usually, the wettest months are from December to March. So if you would like to do hiking or mountain climbing, the dry season is the best time to go.

The jungle has heavy rainfall and high temperatures. It rains heavily almost everyday, not just during the rainy season which is supposed to be from December to May. Still, after the rain, it clears up almost immediately and you will never be cold. At the most, you will be relieved from the heat. I remember our last year in Iquitos we were all shivering when the temperature dropped to 25 C°!

At one time, the largest Pre-Columbian city in South America. Now, Chan Chan is an archaeological site located 5 Km. from Trujillo, North of Lima.

I remember visiting Chan Chan after a morning on Huanchaco beach with a friend. It was only spring and he had put sunscreen all over his body, except the back of the knees. By the time we arrived to Chan Chan in the afternoon, he was so severely sunburned at the back of the knees that he was walking around the ruins like Robocop.

Chan Chan is composed of ten walled citadels constructed on adobe. It houses ceremonial rooms, burial chambers, temples, reservoirs and some residences. The walls are covered with a smooth surface into which intricate designs were carved.

In 1986 Chan Chan was added as a UNESCO World Heritage Site. Unfortunately the city is in endangered by erosion.

To visit the ruins you need to travel to Trujillo. You can get there in a bus from Lima if you can stay sit for 8 hours. If you are short of time, you can take one of the daily flights from Lima, it takes around 60 minutes.

Huancayo is in the central highlands of Peru. Situated near the Mantaro Valley at an altitude of 3,271 meters, it has a population of approximately 430,659.

I remember visiting this town about 13 years ago. We stayed in a hotel with a huge ceiling to floor bathroom window that overlooked the main market. The view over the mountains was wonderful, unfortunately the window had no curtains and we had to take turns holding a beach towel over the window every time one of us wanted to use the toilet!

Huancayo is the cultural and commercial centre of the whole central Peruvian Andes are. It is also known for the crafts and the many festivals of the surrounding towns. Having rapidly expanded in recent decades, it has a few remaining colonial buildings; the cityscape is dominated by modern constructions. But the countryside is breathtaking.

Music and dance from Huancayo-Peru

This is the southernmost region in Peru. Tacna was occupied by forces from neighbouring Chile after the War of the Pacific. But in 1929 it was reincorporated into Peruvian sovereignty and even today it is known for being one of the most patriotic areas in the country.

Iquitos. The city of Iquitos, Capital of Loreto,is located on the north-eastern Amazon plain. It is the largest region of Peru Covering 30% Peru's total area.

On the banks of the Amazon River, Iquitos is the most important city in the Peruvian Amazon jungle. I love this city. I spent part of my childhood there. In fact my first words were taught to me by my Chama Native nanny. When I started to talk more fluently my mom decided to stay in Lima as I was talking like an Amazon native.

The best way to reach Iquitos is by plane. It takes approximately 90 minutes from Lima. Be warned tough that when you come out of the plane you will feel the same sensation as if you were entering a sauna. Also be careful with the wild life, and here I do not mean anacondas but tiny 'inoffensive' species such as spiders and ants. My mom once stepped on an ant's nest coming out of a restaurant. The ants were furious and bit her very badly. It cost my mom a few days in bed!

From Iquitos you can visit indigenous tribes, take walks in the jungle and appreciate the varied flora and fauna. One of Iquitos' main attractions is the Hanging Bridges found in areas surrounding some of the lodges. These are small walks constructed in the tops of the trees, about 100 feet high, from where you can see the flora and fauna close at hand. 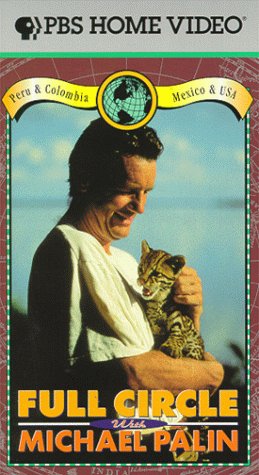 The Best of World Travel from HubPages