Located in the Black Hills of Wyoming, near the Bear Lodge Mountains, is the Devils Tower. It is said to be a massive igneous intrusion by geologists. Some believe it was formed by the intrusion of igneous material into the area. It rises over 1,200 feet above the land that surrounds it. The summit of Devils Tower is over 5,000 feet above sea level. It was officially declared a United States Monument in September of 1906. The park area around Devils Tower comprises over 1,300 acres.

According to the National Park Service, their researchers discovered a number of historic documents that refer to the rock formation as Bear Lodge and Mato Teepee. This is how it was listed on most documents between 1847 and 1901. The name Devils Tower was taken from an expedition leader named Col. Richard Irving Dodge. He had an interpreter with him who heard the name from local Indians and gave it a mistaken translation. The interpreter said the tribes in the area called it Bad God's Tower. It then began to slowly become known in many maps as Devils Tower. There is a continuing effort to have the name changed to one preferred by the Native Americans living in the area.

A number of geologists believe the tower was a result of molten rock surfacing from an explosive volcano. Two scientists named O'Harra and Darton published research on the Devils Tower creation in 1907. They felt the Devils Tower was the result of an eroded laccolith. This is a huge mass of igneous rock that is forced through sedimentary rock beds. This was widely accepted even into the 20th century as more research on laccoliths was completed. Some believe the Devils Tower is the result of a volcanic plug. This is where a volcanic object is formed when magma hardens within the shaft of an active volcano. This will cause a build-up of pressure and cause an explosion. Researchers like to point out that some of the same material found at Devils Tower has been discovered in different parts of Wyoming.

According to the Lakota and Kiowa, the Devils Tower was created when some girls went out to play. They were noticed by a number of giant bears. The girls ran from the bears. The two made their way to the top of a rock and prayed to the Great Spirit to protect them. The Great Spirit caused the rock to move from the ground up toward the sky so the bears could not get the two young girls. The bear tried to climb the rock and made deep claw marks in it. When the girls reached the sky, they became a star constellation. There is another version of the story. This one involves two Sioux boys who walked too far from their village. They were spotted by a huge bear known as Mato. The bear had claws as big as tipi poles. The bear went after the two boys. Praying for help from the creator Wakan Tanka, the place where they were praying became a huge rock and went up into the sky. Mato tried to climb up and get the boys and left deep scratch marks on the rock. Eventually, the huge bear left. A special eagle known as Wanblee took the boys off the rock and back to their village. There are paintings of the legends at the Devils Tower visitor's center.

The first recorded successful attempt to climb Devils Tower happened in July of 1893. It was accomplished by two local ranchers who lived in the area. Their names were Willard Ripley and William Rogers. They constructed a ladder made from wooden peg driven into the rock face cracks. Some of these pegs are still there today. This was a common method for climbing Devils Tower until the ladder deteriorated and could no longer be used. The first assent using modern climbing techniques occurred in 1937. It was done by Lawrence Coveney and William P. House. Hundreds of parallel cracks have made the Devils Tower's huge hexagonal columns. This feature has enabled it to be considered one of the best traditional climbing experiences in North America. Everyone who plans to climb or move around the boulder field must register with the National Park Service prior to their activity and right after they're finished. This is done for climber safety. Registration is free.

In 1941, a professional parachutist by the name of George Hopkins parachuted from an airplane and landed at the top of Devils Tower. He did this as a publicity stunt. Hopkins planned to descend the tower using a 1,000 foot of rope that was a half inch thick. The rope was dropped from the plane. It landed on the side of the tower and slid down to the ground. Hopkins was without a way to get down. This was all done without the knowledge of the National Park Service. Many ideas for a rescue of Hopkins was considered. Jack Durrance was a student from Dartmouth College. He had climbed Devils Tower in 1938. Durance and seven other climbers made it to the summit. They found Hopkins in good physical condition and excellent spirits. The descent was not difficult but made challenging by the number of individuals who had come to see the rescue. Thousands of people came to watch. The incident had been in the newspapers as well as reported on radio and television for days.

Native American tribes believed the Devils Tower to be sacred long before climbers began scaling it. Many American Indian tribes feel the recreational climbing of Devils Tower is a desecration of a site that is very important to them. They feel there is no respect for them or their culture by hikers and climbers. The National Park Service has asked climbers and hikers not to use Devils Tower during the month of June. This is the time of year when many culturally significant ceremonies are held by local American Indian tribes. The program is voluntary. Approximately 80 percent of hiking and climbing activities have stopped during this time. There are designed alternate climbing sites located 100 miles or less from Devils Tower National Monument.

Located within the Devils Tower Park is the circle of sacred smoke sculpture. It was designed to honor American people. The sculpture is a gesture of peace from the Japanese sculptor Junkyu Muto. It was made to increase awareness by visitors of the importance Devils Tower has to the more than twenty Native American tribes in the area.

Devils Tower National Monument is open 24 hours a day, seven days a week and every day of the year. The exceptions are December 25 and January 1st. The Devils Tower Visitor Center and Natural History Bookstore are open daily 8:00 am to 7:00 pm. 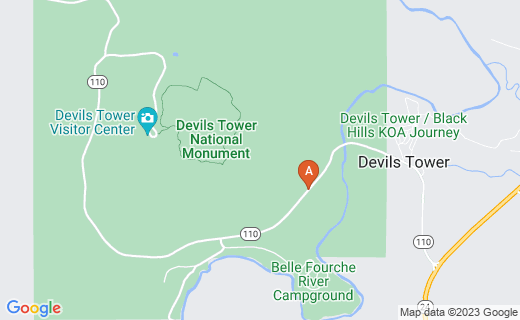 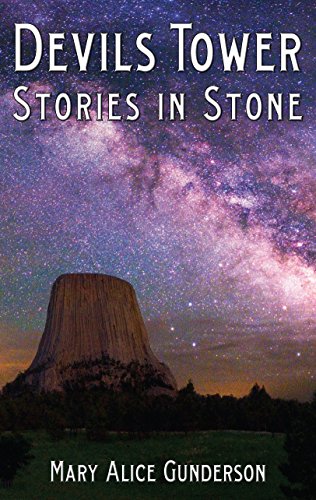