There is a very historic house that is now a museum in Atlanta, Georgia. It is the former home of Margaret Mitchell, author of “Gone With The Wind.” This house is where Mitchell wrote most of the novel that earned her a Pulitzer Prize. The historic structure can be found in Midtown Atlanta. It is located on Peachtree Street. Mitchell and her husband lived on the bottom portion of the house from 1925 to 1932. Visitors to the Margaret Mitchell House and Museum can learn about it from the Visitor Center. There is also a section of the home dedicated to the experience of filming the movie “Gone With The Wind” The house and museum are listed with the National Register of Historic Places. The City of Atlanta has also given it the designation of being a historic building.

The house where Margaret Mitchell wrote the novel “Gone With The Wind” was constructed as a single family home in 1899. The original residents of the home moved from the house in 1907. The entire structure was remodeled in 1919 and converted into an apartment building. It was then called the Crescent Apartments. Margaret Mitchell liked the location of the house. It was located in a large business district. Crescent Apartments was also close to the trolley lines and within walking distance to the home of Mitchell's parents. John Marsh and Margaret Mitchell were married in 1925 and then moved into the apartment.

At an early age, Margaret Mitchell would write stories. Many of them were about animals. She began to write fairy tales and then adventure stories. Mitchell would create covers for her books using her artwork she had created. Mitchell would then bind the tablet paper together. When she was eleven, Mitchell created her own publishing company and referred to it as “Urchin Publishing Co.” Mitchell's mother kept all of Margaret's stories in white enamel bread boxes. When Mitchel left for college, there were a number of stories in her parent's home. Growing up, she would hear stories about the Civil War from relatives. On Sunday afternoons, Mitchell would hear stories about the war from Civil War veterans and female relatives who lived through it. Her mother wanted Margaret to have a classical college education. She wanted a college that would be equal to a college for men. Smith College in Northampton, Massachusetts was where Margaret Mitchell went to school. It was considered the best female colleges in the country at the time. While enrolled in college, Mitchell fell in love with a soldier from Camp Gordon in Georgia. During World War I, he was killed in France. His name was Clifford Henry. According to Mitchell's brother, Henry was the love of her life. Mitchell finished a year at Smith College and then went back to Atlanta. She did not return. She married John Marsh in 1925 and moved into the house at the Crescent Apartments. They joked about their home and called it “The Dump.”

Writing Gone With The Wind

She worked as a journalist in 1922 with the Atlanta Journal Sunday Magazine. The byline she used was “Peggy Mitchell.” She did interviews and wrote profiles of different individuals. Mitchell also did sketches of life in Georgia. Her work became popular. She worked at the magazine for a period of four years. Mitchell wrote over 128 articles. She also worked as a proofreader, reviewed books, wrote the advice column when needed and also did hard news stories. Mitchell broke her ankle, and the complication that followed ended her career as a journalist. Unable to get around on her ankle, she began to work on her book “Gone With The Wind” in 1926. Mitchell then became a homemaker. The initial draft of the book was finished by 1929. Mitchell then began rewriting, adding comments and more until 1935. During this six years, the book had grown to over 69 chapters. She put completed chapters in manila envelopes, grocery store bags, under her bed, a window box seat and more. She even stored chapters beneath her sewing machine, which is also where she typed her manuscript. Mitchell did not feel good about her book. When family or friends would visit, she would hide any evidence of her working on a book. Mitchell didn't think it was good enough to be sent to a publisher. In 1935, an editor from Macmillian Publishing was in Atlanta looking for a manuscript about the south. Mitchell was invited to lunch with the publisher by a friend from the Atlanta Journal. The friend told the book publisher Mitchell had written a book about the south. When the publisher asked to read it, Mitchell refused. Her friend then teased Mitchell and said she probably didn't really have a manuscript because this was a woman who could never settle down to write a book. This comment made Mitchell angry. After the lunch, she went home and got together her book from envelopes and shopping bags. Mitchell met the publisher at the train station and handed him the manuscript. It was so jumbled he called it the Mess in the South.

Publishing Gone With The Wind

On the train trip, the editor read Mitchell's manuscript. He knew immediately it was going to be a success. The manuscript was sent to New York City for others in the publishing company to read. They agreed it was going to be a big hit. Margaret Mitchell was offered a contract. She would receive an advance of $500 for the publishing rights to her book. Mitchell would then get ten percent royalties for the first 10 thousand copies sold, and then a fifteen percent royalty after that sales goal was reached. The editors asked her for a number of changes. The first chapter would be made the last chapter, and Mitchell was to write a new beginning chapter. They also needed a new name for the book. The main character's name was changed from Pansy to Scarlett. There were so many changes needed, Mitchell and her husband hired a typist and stenographer. They then spent weeks making corrections on the manuscript. During this time, Mitchell also did detailed research about life in the South during the Civil War. The final revision was completed in January of 1936. The book was published as “Gone With The Wind” and went on sale around the country in June of 1936. Over 50,000 copies of the book were sold on the first day it was available. More than 30 million copies of the book were printed by 2010. According to a Harris poll conducted in 2014, “Gone With The Wind” is the second most favorite book in the United States, the Bible being number one.

Gone With The Wind Movie

Kay Brown was a story writer who worked for movie producer David O. Selznick. She was very supportive of turning the book “Gone With The Wind” into a movie after reading it. Margaret Mitchell reached an agreement with Macmillian Publishing for the sale of the movie rights for “Gone With The Wind.” An offer was made by Selznick for $50,000 to make a movie from the book. Macmillan Publishing accepted Selznick's offer. It was the largest amount of money ever offered to turn a book into a move. The movie premiered on December 15, 1939. When adjusted for inflation, the movie “Gone With The Wind” is the top-grossing movie of all time. 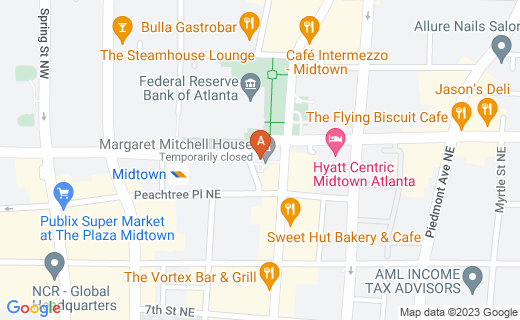