Not all Hall of Fames are designed to honor the achievements of athletes. There is one designed to honor inventors. It is a 501(c)(3) not-for-profit organization with a goal of recognizing inventors and their inventions. The National Inventors Hall of Fame (NIHF) was stared in 1973. It's goal is to recognize the achievement of men and women who provide technological advances designed to improve life and help social well-being, economic health and progression of the human race. As of 2015 there were over 500 inventors honored with a spot in the NIHF.

The NIHF was the idea of H. Hume Mathews. During the 1970s, he was chairman of the National Council of Patent Law Associations. His idea for a hall of fame dedicated to inventors became a reality after obtaining sponsorship from the U.S. Patent and Trademark Office in Washington D.C. Initially; the NIHF was located inside the U.S. Patent and Trademark Office. It quickly took up too much space and had to be relocated to a place that offered more room. This time the NIHF would have a building of it's own in Akron, OH. The move to have the NIHF located in Ohio was led by a patent attorney from Akron named Edwin Oldham. Construction started, and the building for the NIHF building was completed in 1995. When it was first opened to the public, the NIHF was called Inventure Place.

The goal for Inventure Place was to provide the public with more than just a museum or library dedicated to science and technology. It was intended to also be a workshop for inventors as well as a resource available on a national level for scientific creativity. The building in Akron was designed by architect James Stewart Polshek from New York City. It was an impressive stainless steel building. The shape of it was curving row of white sails. This building provided five tiers filled with various exhibits. Visitors were able to use computer programs to create animations. There were also mechanisms available for a laser-light show. Attendance did not reach acceptable levels. The museum was unable to turn a profit.

The name Inventure Place was officially changed in 2002 to the National Inventor's Hall Of Fame. In 2008, it found a new home in Alexandria, Virginia. The building located in Akron, Ohio was turned into a magnet school. It is currently used as a learning center serving middle school children in the Akron public schools. The NIHF is currently part of the U.S. Patent and Trademark Museum. It provides visitors with a gallery of digital portraits of Inventors inducted into the NIHF. There are a number of interactive kiosks available as well as a theater. It also has a number of historic documents and scientific artifacts provided by the Patent and Trademark Office. The NIHF also encourages future inventors. They hold an Invent Now Kids program as well as Club Invention and Camp Invention. The NIHF also continues to sponsor Collegiate Inventors Competition. It also partners with many organizations around the country to make a number of special projects available.

This is a daytime summer camp for children sponsored by the NIHF that was started in 1990. It provides program sites in 49 states. It is the only summer program recognized nationally for its focus on scientific creativity, solving real-world problems and promoting the spirit of invention.

This competition is sponsored by the NIHF and was also started in 1990. It's goal has been to promote the desire to invent using technology, science, and other creative scientific methods. It is designed to honor and reward the most impressive and creative graduate and undergraduate students around the country. The Collegiate Inventors Competition provides a way to showcase the unique ideas and inventions of its participants. The competition judges are NIHF inductees. Finalists are able to visit Washington D.C as a representative of their college or university. They then present their work to an accomplished panel of judges. Winners can receive more than $100,000 worth of cash and prizes. The winners are also be given an opportunity to obtain a patent for their inventions.

Each year in the month of February inductees for the NIHF are determined. This is done with a Blue Ribbon Panel as well as the National Selection Committee. In order to be considered for induction into the NIHF, an inventor must hold a United States patent that is determined to have improved the welfare of society. Their patent must also have shown it will promote and aid in the progress of technology and science.

The first inductee into the NIHF was Thomas Edison. He was able to obtain more than three thousand patents for inventions during his lifetime. Edison is credited with inventing the carbon transmitter, electric lamp, motion picture projector, phonograph and much more. It all started in 1868 when Edison borrowed a small amount of money from a friend. He wanted to become a freelance inventor. Edison's first patent was for a device known as the electrical vote recorder. He was asked to try and fix a telegraph gold-price indicator on Wall Street. When he was able to perform a repair quickly and efficiently, Edison was offered a position as supervisor. Edison's work soon was recognized by many important people. Eventually, he had enough money to start a manufacturing company to make high-speed telegraphic machines as well as stock tickers. Edison set up a laboratory in New Jersey in 1876. In a short period of time, he was applying for hundreds of patents each year. Edison displayed the carbon-filament lamp in 1879 and changed the world. During World War I Edison advised Congress to establish the Naval Research Laboratory. In 1920, it became the first organization in the world dedicated to performing military research.

Visitors to the NIHF are able to see biographies and exhibits about every one of the inductees. It also has a number of permanent exhibits that are interactive. A popular exhibit is Fiber-Optic. This exhibit enables visitors to try mixing color using fiber optics. Visitors are also able to use translucence with their fiber-optic composition. There is also an area known as Make It. It is a workshop that provides a number of resources for inventing. There is a Kids Play area designed for children under the age of 7. This is a place where kids can experiment with sound and light as well as gears, hydraulics and more.

The NIHF is open Wednesday through Saturday from 10 am to 430 pm.

It is also closed for four days in May for the Hall of Fame Induction ceremonies. 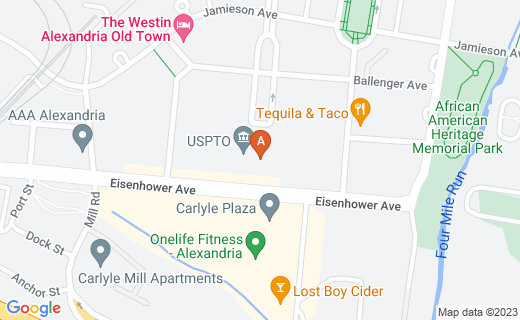