Visit The National Museum Of Crime And Punishment

Ever since there have been criminals, there have been crime fighters. Individuals who are willing to hunt down the bad people and bring them to justice. The National Museum of Crime and Punishment is dedicated to preserving the history of criminology in the United States. It is privately owned and operated. The museum was the creation of business man John Morgan and his partner John Walsh. Walsh was the host of the former television program “America's Most Wanted.” The museum has been open and operating since 2008.

He is credited with the creation of the television program “America's Most Wanted.” He became involved with anti-crime activism after his son Adam was abducted and murdered in 1981. Convicted murderer Ottis Toole was named as the one who killed Adam Walsh. Toole confessed to the killing of Adam Wash twice, but each time recanted his statement. Ottis Toole was serving a life sentence in prison after being convicted for a number of other crimes. Toole died in prison in 1996. After the death of their son, the Walsh family created the Adam Walsh Child Resource Center. It is a non-profit organization focused on legislative reform. These efforts have led to the creation of the Missing Children Act of 1982 and the Missing Children's Assistance Act of 1984. John Walsh started the television program “America's Most Wanted” in 1988.

He is a successful businessman and lawyer who has a record of starting profitable enterprises. The idea for the National Museum of Crime and Punishment began with Morgan visiting the former federal prison on Alcatraz Island. After the tour, he felt that a museum dedicated to teaching people the history of crime, punishment as well as CSI methods was necessary. It would provide visitors the ability to interact with exhibits and honor the members of law enforcement. He contacted his friend John Walsh, and the two began the work of creating the National Museum Of Crime And Punishment.

The Museum has hundreds of crime-fighting artifacts located in more than 27,500 square feet of space. The displays are designed to cover the history of crime and punishment in the United States. They also shows how crime and punishment have impacted the American popular culture. Visitors are able to see how crimes were dealt with during colonial times as well as with pirates, outlaws in the Wild West, mobsters, gangsters and more. It also provides visitors with over twenty-seven interactive stations. People can experience a high-speed police chase simulator that is used for training members of law enforcement. There is also a Firearms Training Simulator. It is similar to ones used to train members of the FBI.

The main floor of the Museum of Crime and Punishment has a simulation of a murder crime scene investigation. Visitors are shown the process of solving crimes by using forensic scientific methods. They are shown the techniques of blood analysis, facial and dental reconstruction, fingerprinting, foot imprinting as well as ballistics examination and more. There is also a simulated police station. This includes a mock booking room. People can see celebrity mug shots and artwork created by criminals. There is also a simulated police line-up. The cell used by Al Capone when he was in jail is recreated.

In this part of the museum, visitors can learn more about J. Edgar Hoover. He was the founding FBI Director. There is also information about Eliot Ness, who is a legend in law enforcement. People can see equipment utilized by law enforcement officers over time. There are firearms, uniforms as well as restraining devices available to see. There is an exhibit about bomb squads as well as various types of night vision devices.

Studio For America's Most Wanted

Visitors able to see the television studio used during episodes of “America's Most Wanted.” The show was broadcast for 25 years from 1988 to 2013. This show is credited with helping to capture over a thousand fugitives. Sixteen of the fugitives were on the FBI's Top Ten Most Wanted list. This was accomplished because of crime tips provided by the public to the America's Most Wanted television program concerning fugitives profiled on the show. The studio is designed as an interactive exhibit. Around the studio are exhibits like McGruff the Crime Dog. There is also the National Center for Missing and Exploited Children exhibit. People can see a Cross Match Technologies station. This is used for child finger printing.

The museum is designed to provide an experience for all members of the family. There are a number of child stops. There are kid-friendly areas built to be eye level with children. They can learn about safety, proper internet behavior and how to avoid cyberbullying. There is a Top Detective Challenge area. This is a scavenger hunt designed to be interactive. It helps children understand the museum at their level. The scavenger hunt comes with a book as well as a prize and souvenir pen.

The museum provides a CSI camp. Participants are able to learn about processing a crime scene. This experience provides a hands-on experience with gathering evidence in a murder investigation. Participants are able to take crime scene pictures, search for evidence and start a case file. They will learn how to keep track of evidence during the time they're at the CSI camp. Participants spend time learning the actual procedure for analyzing blood as well as collecting fingerprints. During this week, they will try to gather more evidence and learn how to process and package it. There is also a field trip provided with a forensic theme.

The museum has a traveling Forensic Science Program. It was created to assist those who teach forensic science in grades 5th to 12th. The program provides an introduction to forensic science as well as assistance for any forensic classes being taught. It enables teachers to learn the latest methods used in forensic science. The Program has been designed to help educators teaching forensic science learn about the latest and best techniques being utilized. All instructors in this program are experienced in the forensic field and crime lab work. They are qualified to answer any questions people may have while in the program. 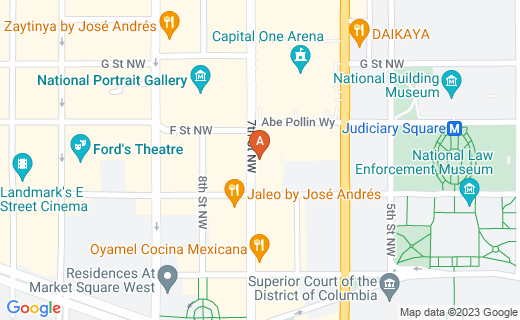