As part of 205.2 hectares of parkland in the City of Belleville, Ontario, West Riverside Park contains a colourful and conspicuous feature close to Highway 401. This is the remarkable floral Canadian flag, which must rank among Canada's most significant floral displays. It is estimated that 20,000 begonias make up this striking demonstration of Canadian patriotism!

West Riverside Park, with its total length of 5224 metres, is one of various locations with floral displays in the City's parks, but it is surely the most well known. By appointment, the City of Belleville arranges for these floral displays, of which the floral Canadian flag is the highlight, to be set aside by booking for special event photographs, such as for weddings. There are over 13 kilometres of trails, used for hiking and cycling, along the Moira River and Bay of Quinte, and these link with the Lake Ontario Waterfront Trail.

The floral Canadian Flag at Belleville has been on display at West Riverside Park for many years, but in conjunction with other City floral displays, it has been decided to use perennial flowers only, in order to control costs: hence the particular suitability of the begonia in use in the floral Canadian Flag, in its 1965 design. (Interestingly, Kingston, the Royal Military college of which supplied the basic red and white design for the Canadian flag, is only just over 80 kilometres away; the design of this magnificent floral flag display may thus be said to have roots in the region.)

The floral Canadian flag is located not far from the Quinte Mall (1). A landmark feature of this well-appointed Mall is its tower (pictured), in a unique, see-through design.

Belleville is within Hastings County and the Region of Quinte, in Canada's most populous province: Ontario.

(1) On a visit to the Quinte Mall I was heartened to come across, and listen to, a Mennonite choir singing their songs and hymns in one of the central public areas. (It made my afternoon!)

In Belleville itself is the stately, High Victorian Gothic Revival City Hall, built in 1872/73, of which its tower is a major feature of the City's skyline; Glanmore is a National Historic Site of Canada, containing fine, late 19th century furnishings.

How to get there: Kingston/Norman Rogers Airport, at Kingston , Ontario is served by Air Canada, offering scheduled flights to Toronto Pearson Airport, with wide flight connections, and by charter airline Brock Air Services. Car rental is available from Kingston/Norman Rogers Airport. Please check with the airline or your travel agent for up to date information. Some facilities may be withdrawn, without notice. You are advised to refer to appropriate consular sources for any special border crossing arrangements which may apply to citizens of certain nationalities. 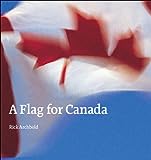 A Flag for Canada: The Illustrated Biography of the Maple Leaf Flag
Buy Now