I Recommend a Visit to California

California is a Land of Unmatched Diversity and Beauty

Having grown up in California, I perhaps took for granted the great diversity of the state. As I was allowed to travel extensively through the Golden State as a child, I certainly came to realize that the state was a special place. Having been to almost 40 other states as an adult sealed the deal for me. There is no state more diversified and interesting to visit than California. While there are majestic sites throughout the western United States, California has Mediterranean Santa Barbara to the Eastern Sierra Nevada to amusement parks in Los Angeles. From Northern California the Cascade Range starts at Mount Lassen National Park, going north to the world class volcano, Mt. Shasta. This state has something for everyone. The travel information hubpages linked below and videos will give you the scoop on many great retreats, shopping areas, and places of unmatched beauty.

Travel Tip for California: This state is a very large state. If you drive California you need to give yourself an itinerary that is modest, or you need loads of time. Take time to smell the flowers and notice the details. My daughter could take a week just shopping in Carmel, so give yourself a vacation that is not rushed.

Be sure to scroll down the page to see my specific travel and informational Hubs about California. 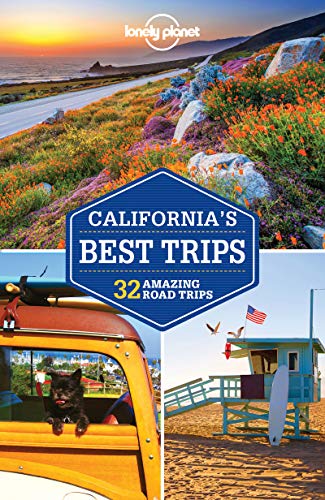 Having moved to Nevada in 1999, California is still a big part of my life. I still enjoy going to Sacramento as my son lived there for a time. I now have two sons in Southern California and enjoy everything, but that drive down the 405 to visit them is a challenge at times. Having met my wife in Costa Mesa, I have a special affection for Orange County, Newport Beach and Charlie's Chili.

As a child my parents took me to the Ice Follies in San Francisco, and to Giant and 49er games. With relatives at Morro Bay we enjoyed the coast as an escape from the hot summers in the central valley. Los Angeles was a destination for Dodger games and Belmont Shore in Long Beach where my uncle lived. I really shouldn't criticize the 405 that much. After all, as a very young child we had to take Sepulveda Boulevard all the way from the San Fernando Valley down to the south bay. That was a stoplight nightmare, testing the patience of any little boy.

We had a great privilege as students in the Coalinga School district to have access to a summer camp in Cambria which is about 20 miles north of Morro Bay. We got to enjoy the camp and also enjoy Hearst Castle. The camp director, Bill Yeager, personally Knew Mr. Hearst and was able to gain access to the San Simeon private beach for us campers from the dusty San Joaquin Valley. I always wondered why we campers got to go onto the San Simeon beach when others were fenced out. Once the Hearst Castle estate was sold to the State of California, everyone had access to beautiful San Simeon beach.

I enjoyed Monterey and Carmel, as my dad had appointments there frequently. I would get the car to explore the area while my dad was at his appointment. The combination of absolute white beaches in Carmel, with views of Pebble Beach as well as the great beauty of the Del Monte forest in Monterey and the 17 mile drive, left a lasting impression on me. I can understand why the people of California refuse to allow oil drilling in this part of the coast. It cannot be ruined. Monterey and Carmel stood out as to beauty among all the great coastal areas. Without going to the two villages you cannot understand just how beautiful the coast can be on the Peninsula.

As a child my parents and I spent time in the Sierra Nevada as well. Shaver Lake and camping at creeks were the preferred way of enjoying nature for my parents. I remember dragging myself out of bed at 4 in the morning to go fishing in the Sierras. But as a child I always wanted to know what was on the other side of the great mountain range as we didn't travel out of state. As an adult I was so taken by the Eastern Sierra Nevada drive down 395, that I wrote a hub about the great beauty of the place. Most Californians focus on the great drives within the Sierra, like Highway 88 and Highway 49 in the gold country. But 395 shows the abrupt rise of peaks that actually give that area an Alps like appearance. Many Europeans actually take this drive and are pleased by it.

If you take the drive after going through magnificent Yosemite, be sure to be careful driving down the road to Mono Lake. It is not dangerous if you take your time. And don't be taking a bunch of wacko roads over the Sierra passes like Highway 4, unless you are very, very brave. I love Highway 88. I think it is the premier drive over the Sierra Nevada, starting at Jackson on highway 49.

I am old enough to remember the opening of Disneyland. When I was 5 years old we drove from Belmont Shore to Disneyland. I remember very little in the way of city growth in between. Obviously that changed within just a few years as Orange County grew into a large metropolitan area of over 2 million people.

My dad also had appointments in La Jolla (pronounced La Hoya), so as I got older I would be able to drive around San Diego and La Jolla and Del Mar, all places of great beauty.

I have decided to add a little list of places to go in California to aid visitors with an itinerary depending on season.This is not a comprehensive list but is a good start for travel ideas. 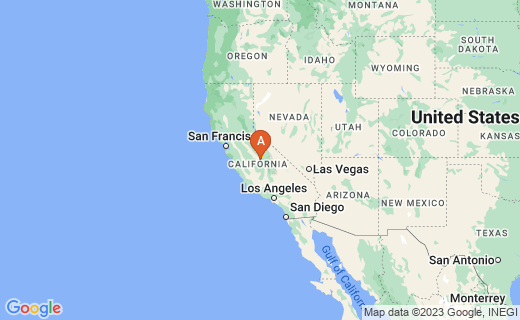