Place Bellecour in Lyon, France, is a splendid public square in the Downtown area, itself on a island in the Rhône River.

At 62,000 sq. metres, it is among the largest public squares in France and is bigger than Red Square, Moscow.

In addition to the elegant frontages of the buildings which face the wide square, there are at least two especially well known features for which the square is remembered.

Firstly, an equestrian statue of King Louis XIV is in the centre of Place Bellecour. This imposing statue — in its day, the largest bronze casting — was the work of François-Frédéric Lemot (1772-1827). Beside the main statue are two smaller ones by the Coustou brothers, by way of allegorical representations of the Rhône and Saône Rivers. Lemot's statue was inaugurated in 1826.

Secondly, not close to the square, but overlooking the city to which there is an especially advantageous view from Place Bellecour, is the church of Fourvière (French: Notre-Dame de Fourvière ). This striking basilica was built between 1872 and 1884. In Neo-Gothic style, it looks particularly imposing at its elevated location when floodlit.

Originally belonging to the Archbishop of Lyon, the name Bellecourt dates from the 16th century. In 1708, King Louis XIV gained possession of the square, which became known as place Royale (surprise?). After the French Revolution, it was known as place de l'Egalité (Equality Square). In turn, it was successively named place Bonaparte and place Napoléon . When the republican form of government eventually took root in France, the name of the square reverted to its 16th century one: place Bellecour (1).

Lyon is situated in France's Rhône department, within the Rhône-Alpes region.

(1) Almost unbelievably, other names also were given to the square as history took it course.

The usual French spelling for the name of the city is Lyon. In English, particularly in the past, the city has been referred to as Lyons. However, there is also an increasing tendency among some writers in English to give the French spelling, Lyon; I have adhered to this spelling.

In Lyon itself, other visitor attractions abound; a few of these include: the Tower of the Charité hospital, adjacent to Place Bellecour; the Cathedral of Saint-Jean; the Gallo-Roman theatre; the City Hall (French: Hôtel de ville ); the Stock Exchange building (French: Palais de la Bourse )

Geneva , Switzerland (distance: 154 kilometres) is within striking distance of Lyon; famous landmarks include the water jet on Lake Geneva; the Cathedral church of St. Pierre; the Reformation Monument; Geneva University; the Palace of the United Nations.

How to get there: Air France flies from New York (JFK) to Lyon (Aéroport Lyon Saint-Exupéry ), where car rental is available. Please check with the airline or your travel agent for up to date information. Please refer to appropriate consular sources for any special border crossing arrangements which may apply to citizens of certain nationalities. 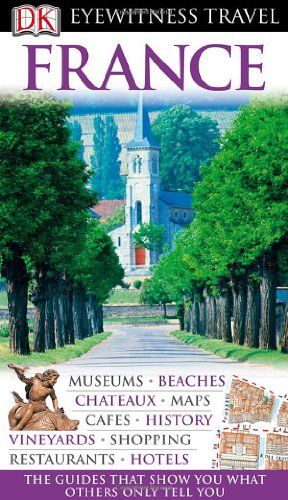