Top Tips for Visiting The Terracotta Army Museum in Xi'an

The site of the huge on-going excavation of the Terracotta Army is located about an hour outside of the Chinese city of Xi'an. There are a number of daily buses that depart from Xi'an and terminate at the Museum complex. Along with the Great Wall of China the Army of Terracotta Warriors and Horses is the most famous and most well-visited of all of China's tourist destinations.

Entry costs to the museum and dig site at the time of writing is 150RMB for adults and 75RMB for students with a valid ID. As with most tourist spots in China, and elsewhere in Xi'an, it's worth remembering your student ID if you have one as the discount entry price to the exhibition is a huge saving.

Where is the Terracotta Army Located 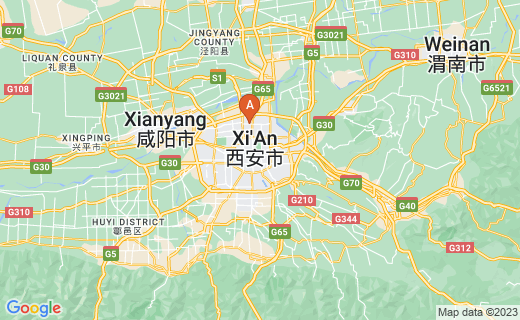 History of the Terracotta Warriors Site

The Army of the Terracotta Warriors and Horses is often described as the 8th Wonder of the World. When travelling, you're likely to come across a number of attractions that are promoted as the eighth wonder of the world, many of which wouldn't even make it into the top 20. With the Terracotta Army though, they may actually be right. It's hard to prepare yourself for how amazing and wonderful this place actually is, the sheer size is likely to blow you away.

What's incredible is that these incredibly life-like figures, dating back to the late third century BC, were not discovered until 1974 when a group of local farmers came across them when digging for water. Farmers and villagers in the Xi'an region had long been known to unearth bits and pieces of terracotta when digging up the fields, but the findings in 1974 lead Chinese archaeologists into setting up a dig site and subsequently uncovering the largest group of pottery figurines ever found: they had uncovered an army, a Terracotta Army!

What started as a dig in single pit has now become an excavation on a massive scale with 4 huge pits all still 'in operation' i.e. archaeologists are still working on them, with soldiers and warriors still being found today. It is estimated that in the 3 pits which have been found to contain figures there are over 8000 terracotta soldiers, 520 terracotta horses, 130 chariots and 150 cavalry horses. Much of these have still yet to be discovered.

Who Was the First Emperor of Qin

The Terracotta Army Soldiers and warriors figures are life-size and vary in height in order of military importance. Each terracotta figure was intricately designed and detailed with unique hairstyles, facial expressions and colours. The warriors were given actual weapons (although many of these were plundered shortly after the army was created), and made to stand / line up in the pits in precise military position. All of the figures were supposedly assembled as the afterlife army of the first emperor of Qin, Qin Shi Huang. This is the Qin Shi Huang Terracotta Army. The tomb of Qin Shi Huang is buried somewhere close to the site.

Pit 1, the largest of the 4 pits of the archaeological excavation site, is 230 metres long and 62 metres wide and contains over 6000 terracotta figures, many of which are warriors and horses that have been re-positioned into the precise military positions in which they would have originally been placed as instructed by the first emperor, Qin Shi Huang. Archaeologists working on site have determined that the pits in which the Terracotta Warriors were buried were covered by a wooden ceiling held up by wooden beams and then covered with soil, the depth of which would have gradually increased over the centuries before their discovery.

Do you agree that the Terracotta Army is the 8th Wonder of the World?

Pit 1 contains a total of 11 corridors in which the terracotta soldiers and warriors were placed in military positions. These corridors would have represented the halls of the royal palace of the first emperor. Some of the terracotta figures in the pit have shown signs of fire damage. It is now assumed that a great fire occurred not long after the creation of the Terracotta Army during an uprising against the first emperor. This fire caused the roof to collapse and crush all the terracotta figures. Since the finding of the terracotta army, painstaking work has gone into piecing the figures back together and putting them into their original positions. Throughout the complex visitors are able to witness examples of how the figures are found and how they are being delicately reconstructed.

What I find really fascinating is that everything that has been discovered so far is really all we know. The findings have allowed archaeologists, scientists and historians to make estimations and predictions but we really don't know for sure what else is buried in the area and what's going to be found next. We don't yet know how big the Terracotta Army actually is! Only weeks after I had visited the site, archaeologists uncovered another 200 terracotta figures which had previously not been known about.

Why Were the Terracotta Warriors Created?

There are so many fascinating questions around why the first emperor of China wanted to build such a vast Terracotta Army and why they were buried underground with him. The building of the mausoleum of the Emperor took around 700,000 people to construct. It is estimated that the mausoleum and tomb of the Emperor is the size of a football pitch and is buried beneath a large mound of earth near the site of the Terracotta Army. To this day, no attempt has been made to excavate the tomb of the first emperor. It is believed that there are high levels of mercury in the soil in the area but this is generally discredited as a reason not to excavate. There are more serious concerns about being able to preserve whatever artefacts may be found within the first emperors tomb.

If you enjoyed reading this article about the excavation site and museum of the Terracotta Army in Xi'an please leave me a comment at the bottom of the page. If you would like to read more of my practical guides to visiting other top sights and attractions in China please click on the links below.