The Best Section to Visit of the Great Wall of China

What is Mutianyu Great Wall 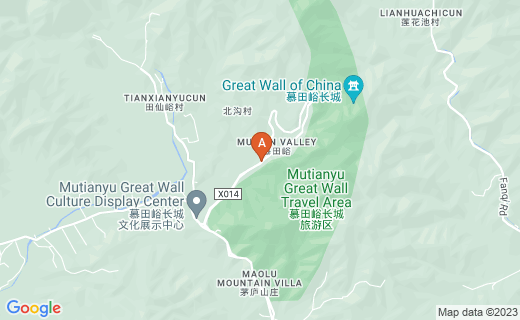 I visited the Mutianyu Wall section of the Great Wall of China, located about 70km north-east of Beijing. The cool thing about this Mutianyu wall section is that it is much less visited than the Beijing wall section. Getting from Beijing to Mutianyu can be a little trickier if you want to go independently and not with a tour group but to be honest it’s only the language issues that make it tricky. More than one public bus to Mutianyu runs out of Beijing everyday to a town near the Mutianyu wall and they’re cheap, tidy and reliable - as they are throughout all towns and cities in China.

We got some information on the Mutianyu wall from the staff at our Beijing hostel who told us where to catch the bus to Mutianyu and what number to take as well as where to get off, as this wouldn’t necessarily have been obvious to us. We got off the bus at the place as directed and then jumped in a taxi which took us the rest of the way to the Mutianyu wall (note: people will refer to the taxis as mini-buses but really they're just cars that operate on a shared per-person basis. Drivers will ask for a high price at first but you should be able to negotiate to a price of 40RMB for the whole car).

It takes around an hour and twenty minutes to travel by bus and then another 10 minutes in the taxi.

We had intended to arrive to the Mutianyu wall section really early to beat the crowds but in the end we arrived later than we’d anticipated. However, it was still pretty quiet and remained quiet for the whole time we were there. We took loads of pictures of the Mutianyu wall section in all directions with no one else getting in the way. We were fortunate to have such good weather. The skies were perfectly clear and we were able to see the wall meandering around the landscape far into the distance.

It's actually very quiet up on the Mutianyu wall and the views of the surrounding landscape are spectacular. If you ignore the town over in the distance you can really take a moment to imagine yourself standing on the wall over a thousand years ago.

Now, don’t get me wrong when I say this, the Great Wall of China is amazing and I get dizzy when I think about how old some of the sections are, like the Mutianyu wall section, and when I try and imagine a very different looking China, but….taking the toboggan great wall ride back down to the bottom was seriously awesome!!! Just make sure you don't get someone slow in front of you! If you want to go as fast as possible, and you really should, then wait a couple of minutes after the person in front of you has gone before you take your turn. I didn't wait long enough and nearly went flying after rounding a bend and finding this slow-coach dawdling along in front of me. I don't know if the great wall tobaggan ride is present at all Great Wall visiting sites but it's here at the Mutianyu wall and I'm pretty sure it's also at the Beijing Badaling wall site too.

Check out my other Great China Travel Hubs

Have you ever visited the Great Wall of China?