Visiting the Pont Adolphe in Luxembourg City: bridging the essence of the capital of the Grand Duchy of Luxembourg

All about bridging gaps and differences?

Luxembourg is all about bridging gaps and differences; at least, this is one of the impressions that the foreign visitor often gets. Having been fortified by Vauban, the City of Luxembourg used to be known as Gibraltar of the North, the idea being that its position perched on a rock was well nigh impregnable and thus very desirable from a strategic point of view. In the course of the 19th century, the significance of Luxembourg as a garrison city declined, and, from a practical communications point of view, the deep chasm of the Pétrusse River valley needed to be overcome, and this was the initial reason for the erection of a bridge, the Pont Adolphe (Letzebuergesch: Adolphe-Bréck ; German: Adolphe-Bruecke ), finished in 1903. Indeed, with its central arch measuring 84.65 metres, and with a total length of 153 metres, on completion, the Pont Adolphe contained the largest stone arch in existence, and was later copied in Philadelphia, Pennsylvania. It was designed by Paul Rodange and Paul Séjourné and its sandstone was quarried locally in the Grand Duchy.

Nowadays — and for decades — Luxembourg has been a centre for international conferences in view of the Grand Duchy's membership of numerous international organizations, especially the European Union. The Pont Adolphe and the other bridges which link together various parts of the city thus seem to accomplish a physical role, comparable to what the city and country does metaphorically.

But it was not always so.

The name given to the Pont Adolphe is significant. Among the people of Luxembourg, the person for whom it is named, Grand Duke Adolphe I, who reigned from 1890 to 1905, is known as a uniter, who strengthened the Grand Duchy's national independence. But in neighbouring Germany, united under Prussian leadership from 1871, Adolphe I was known in a somewhat different light. Interestingly, Grand Duke Adolphe I of Luxembourg was previously the head of another state: Nassau, Germany, where he reigned as Duke from 1839 until 1866, when he lost his throne. While reigning as Duke of Nassau, he was noted for opposing Prussia's expansion and for supporting Austria, then still a powerful central European kingdom. It was thus as someone who had somewhat of a record of opposition to Prussia that in 1890 Adolphe of Nassau was called on to reign as Grand Duke of Luxembourg, where, at the time, the Salic Law prevented Queen Regent Emma of The Netherlands from acting as Regent on the Grand Ducal throne also (her successor was not male, either). (1) Previously, the Monarch of The Netherlands reigned in Luxembourg as Grand Duke, and thus Adolphe I was known in The Netherlands as the Grand Duke on whose behalf the Dutch dynastic link was broken.

Thus Adolphe I began his reign in 1890 with a reputation externally of being divisive in respect of a united Germany under Prussia (not to speak of dynastic links with The Netherlands also). Thus also, he equally gained a reputation internally as a monarch who united and strengthened the Grand Duchy, since for the first time in years the country was ruled by a local (albeit imported) monarch. Grand Ducal ministerial advisers proved to be highly pragmatic in their administrative measures: a discernible, perennial trait of those who achieve prominence within the political culture of Luxembourg. Not long after the death in 1905 of Adolphe I, his son and successor, Grand Duke William IV, proceeded to abolish the Salic Law, from which Adolphe's very accession and reign had been derived. Grand Duke Adolphe I, reigned until his death at 88; his ailing son William IV died at 59, and, having declared his nearest male heir undynastic, paved the way for the succession of his daughter, Marie-Adélaïde, to the Grand Ducal throne in 1912 (2).

What foreign visitors to Luxembourg do not always realize is that a substantial underlying reason for the profusion of international organizations in Luxembourg is that they serve to reinforce the country internally; and even the sometimes tenuous and nominal-seeming assertion of the country's sovereignty at the level of many international organizations has the long-term effect of strengthening the country's independence rather than diluting it.

So we come back to the original symbolism of the Pont Adolphe : bringing the city — and the country — closer together. And when the current — and veteran — Prime Minister Jean-Claude Juncker in his various capacities finds a niche in the Oval Office's order of daily business, the long term effect of doing so is exactly this: to reinforce the Grand-Duchy as an entity and bring it closer together. (Not unlike the historic role of the Grand Ducal crown, either.)

Thus, the way to defend Luxembourg had once been by a garrison of troops, and in this the impregnable, fortified topography of the city of Luxembourg assisted. Afterwards, international guarantee and astutely pragmatic dynastic manoeuvrings on the part of its monarchs, became more subtle means of achieving the same end, together with the increasing confidence engendered by rising prosperity caused by the developing coal and steel industry.

The erection of the Pont Adolphe thus also bridges an era of the Grand Duchy's history, at a particular stage of development. And a new kind of narrative would emerge, through which this country's highly pragmatic leaders would express the Swiss-style, tenacious defence of their interests.

(1) Grand Duke Adolphe I thus began his reign having asserted strict constitutional proprieties in the form of the Salic Law, by which the Dutch monarch was set aside in his favour. Adolphe was brother-in-law to King Oscar II of Sweden, and, interestingly, in 1892, he conferred upon his nephew the title of Count of Wisborg (...named for a castle in Sweden!), when the latter had been deposed of his titles by his father, the King, following an officially disapproved marriage. Adolphe's use of a Swedish territorial title in a new title of Luxembourg nobility might not be interpreted as the most straightforward approach to titles and inheritance issues. But it might arguably set in broader, pragmatic context his prior reputation as a devotee of strict, constitutional proprieties.

Thus it came about that United Nations Security Council mediator, Count Folke Bernadotte af Wisborg, who had previously negotiated the release of many Danish Jews from concentration camp imprisonment, but was later assassinated in 1948 by Stern Gang militants, bore a Luxembourg title of nobility originally conferred on his father, Prince Oscar Bernadotte, by Grand Duke Adolphe I.

(2) From a Dutch perspective in 1907, if setting aside the Salic Law in 1907 was so appropriate, then why could it not have occurred in 1890 also? One is led to conclude that the Dutch would have been able to perceive accurately a high degree of pragmatism on the part of Grand Ducal ministerial advisers, with their thinking evidently informed by a national-territorial psychological locus. Indeed, prior to 1839, the leadership in Luxembourg had somewhat ironically professed to make loyalty to the Dutch Monarch, albeit as Grand Duke, as a strong reason for breaking with the French-speaking part of the former united province of Luxembourg, most of the territory of which is still in the Kingdom of Belgium. Luxembourg re-affirmed its loyalty to the Dutch monarch in the Treaty of London, in 1867. Luxembourg's cadre of leadership repeatedly demonstrated its highly astute capacity for subtle diplomatic manoeuvring in its interests, the consequences of which might not be fully apparent to outsiders until years afterwards.

Luxembourg's Cathedral and adjacent National Library , a former Jesuit college dating from 1603 (distance: 0.4 kilometres); the Cathedral's crypt contains the bones of Jean the Blind of Luxembourg, who died at the Battle of Crécy in 1346; these remains were taken in 1946 from Saarburg, Germany — in which area Luxembourg maintained a military occupation after World War 2 — and were reinterred in the crypt.

The Grand Ducal Palace , Luxembourg (distance: 0.9 kilometres), dates from the 16th century, in Flemish Renaissance style, and became definitively the monarch's residence and office in 1890.

Trier , Germany (distance: 49 kilometres) is an ancient city with many architectural treasures including the Porta Nigra , dating from Roman times.

Nennig , Germany (distance: 23 kilometres) has a fine mosaic in a Roman villa.

Grevenmacher , Luxembourg (distance: 28 kilometres) has a picturesque old chapel situated at the top of a long set of steps.

Audun-le-Tiche , France (distance: 22 kilometres), situated adjacent to the border with Luxembourg, has a Merovingian necropolis museum.

Bastogne , Belgium (distance: 71 km), is visited by many Americans on account of its Battle of the Bulge association.

General acknowledgment is made to Professor Gilbert Trausch's course in Luxembourg history at Liège University, which I greatly appreciated over 25 years ago. Any inaccuracies in this article remain entirely my own.

How to get there: The nearest large international airport is Luxembourg (Aéroport de Luxembourg ), at Findel, from where car rental is available. For North American travellers making the London, England area their touring base, airlines flying to Luxembourg include Luxair (from London Heathrow Airport and London City Airport) and CityJet (from London City Airport). Please check with the airline or your travel agent for up to date information. Please refer to appropriate consular sources for any special border crossing arrangements which may apply to citizens of certain nationalities. 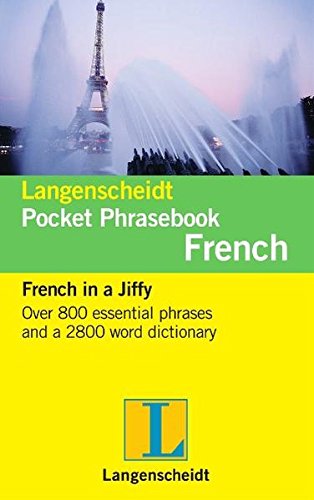 Fro your visit, these items may be of interest