Evoking the force of right words

This statue of Sir Winston Churchill is based on one by Oscar Nemon in London, England. It was unveiled in 1977 (1), presented to the City of Toronto, Ontario, by the Churchill Memorial Committee, supported by the munificence of Canadian politician and business leader Henry ('Harry') Jackman (1900-1979).

The statue's location at a corner of Nathan Phillips Square, near Toronto's City Hall, is in itself somewhat symbolic. The Square is named for Toronto's first Jewish mayor; and consideration of Sir Winston Churchill's role as a great war leader against Nazi Germany, responsible for unspeakable persecutions against the Jewish people, is apposite. At the base of the statue is an inscription, which reads:

'His faith and leadership inspired free men to fight in every quarter of the globe for the triumph of justice and liberty'.

Other quotations are taken from some of Sir Winston Churchill's speeches, including some made in the dark days of 1940.

Following the original work by Oscar Nemon, this statue seems to express something of Sir Winston Churchill's renowned vigour and determination, as the figure, hands on hips, and looking intently forward, is depicted striding forward purposefully.

From 2002, the Churchill Society for the Advancement of Parliamentary Democracy and the International Churchill Society have collaborated in order to enhance the landscape context of this historic work of art.

Sir Winston Churchill was a regular visitor to Canada and a noted photograph of him by Yusuf Karsh of Ottawa became famous worldwide.

(1) The unveiling of the statue in 1977 was carried out by British Member of Parliament Winston Spencer Churchill, grandson to Sir Winston Churchill.

How to get there: Air Canada, flies to Toronto Pearson Airport, with wide North American and other connections, from where car rental is available. However, visitors to Downtown Toronto will find many sights to be easily walkable. Some facilities may be withdrawn without notice. Please check with the airline or your travel agent for up to date information. For any special border crossing arrangements which may apply to citizens of certain nationalities, please refer to appropriate consular sources. 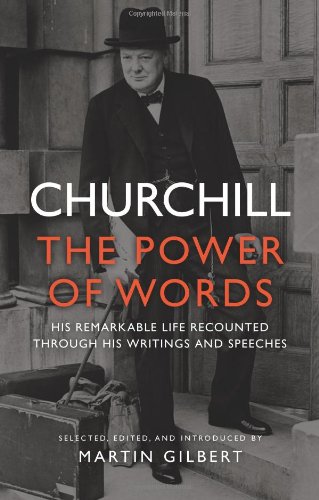 Churchill: The Power of Words: His Remarkable Life Recounted Through His Writings and Speeches
Buy Now