Why is Orlando such a popular destination? Because Orlando is often warm when other parts of North America are cold. Also, there are many things to do, for many different interests.

With lots of people wanting to go to Orlando Florida, there are often very good airfares to Orlando, as well as cheap hotel deals and packages that include park passes, airfare, hotel and even rental cars.

Vacationing in the Orlando Florida Area 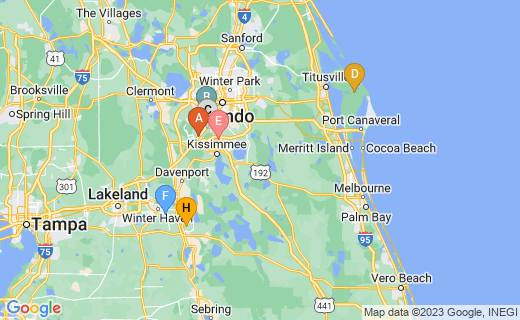 Nearly Everyone has heard of the main tourist destinations of Orlando Florida. Walt Disney World and Universal Studios. I will try and cover those and some other great places to visit in the Orlando area.

Walt Disney World offers some nice vacation deals at different times of the year. Check their website to see what the latest deals are.

The Wizarding World of Harry Potter

Orlando's newest attraction is within one of it's older attractions. The Wizarding World of Harry Potter was set to open June 18,2010 as a new part of Universal Studios, which is part of the same general admission ticket.

The area features a replica of Hogwarts, a ride called Harry Potter and the Forbidden Journey, and various venues that double as attractions and souveneir shops.

Seaworld has a nice park in Orlando. When I lived there we got annual passes and probably went a couple times a month. I really preferred this park to the Disney and Universal Parks. The park, owned by Anheuser Busch features the Budwieser Clydesdales and a mini brewery where you can learn how to brew beer and sample various products.

Seaworld also features Discovery Cove, which for a higher price, offers you the  you the opportunity to swim with dolphins.The admission fee includes Seaworld, all your food and drinks, and parking at Discovery Cove, as well as a free photo of your party when you enter Discovery Cove.

Seaworld also now has a waterpark called Aquatica which should be nice when the weather is suitable.

The Kennedy Space Center Visitors Center is an awesome destination. You can tour various facilities on the center, including the Launch platform, the Vehicle Assembly Center and others. They have 2 IMAX theatres featuring space themed movies. This has to be my favorite place around Orlando to visit for a day.

The displays are awe inspiring.

Gatorland is a lot of fun. They have live alligators and crocodiles, gator wrestling, gator jumping. Snakes, and all kinds of reptiles. The concession stands sell fried alligator tail, and beer. It is a great half day attraction. Get a picture of you or your family holding a live alligator or snake. 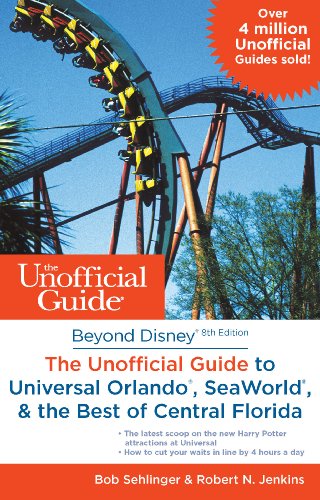 Cypress Gardens is one of the oldest amusement parks in the country. It was originally built to highlight the beautiful gardens and grounds of this park about forty-five minutes south of Orlando. This old time park has southern belles strolling in their finery, and its waterski show that has been featured in various movies. It was recently bought by a theme park company and has had rollercoasters added to the park.

The upside down building on International Drive has drawn stares for years in this tourist-focused area. It's actually an indoor and air conditioned amusement park with over 100 interactive exhibits and other attractions.

Visitors can interact with numerous hands-on activities, like the Shuttle Landers. Sitting in the cockpit, you use joystick controls to land the Space Shuttle on its airstrip. Or become the sports star you always dreamed you'd be in the Virtual Sports exhibit, where your acrobatics are incorporated into an on-screen game. Or play a game of Lazer Tag in the venue's huge maze.

The Outta Control Dinner Show is a comedy and magic dinner show for all ages offered every evening. Tickets for the show include unlimited pizza, popcorn, soda, beer, and wine.

Bok Tower Gardens is a 60 bell carillon and museum surrounded by a beautiful garden.