Walking in Fields of Red Poppies in Norfolk

Photographing bugs and insects is quite addictive! I hope you will enjoy exploring the natural world with me.

In Flanders fields the poppies blow

That mark our place; and in the sky

Scarce heard amid the guns below.’

I gaze over a field of red Norfolk poppies and I think of those brave men whose lives were lost at Flanders. The poppy, still a much loved flower and also a symbol of remembrance for the Royal British Legion who’s first Poppy Day were held on the 11th November 1921.

The church at the end of a poppy field

Dancing in the breeze!

Oh what a sight those poppies make, growing all interspersed with wild daisies and other wild flowers. Side by side, they dance together in the breeze. They hold their beautiful heads up high for all to see. I stand a while - just looking - half waiting, half expecting, half hoping that a few will decide, to drop their petals from their skirts but no, they cling tightly onto them.

It reminds me of a time, which seems so long ago now, that I would pluck the petals from flowers, one by one they would go, as I silently chanted the words, ‘He loves me. He loves me not! The petals all spent and useless I would then toss aside, was it then perhaps that my fate was decided?

A Little Long Eared Own and a Fly

A large fly rests on a blade of wheat. He begins to express agitation as I focus my macro lens on him. All the while, his beady little eyes observe me and then he begins to anxiously rub his legs together as if to warn me to go away. I snatch a few quick shots of him and then move away, respecting his right to be there, all the while walking carefully and quietly so as not to disturb his sojourn. That is my way but just occasionally I forget and then I may find myself talking back to a small creature!

Sometimes they will respond, as did a baby long eared owl, just a few years ago! I found him there, sitting on a low branch. We looked at each other for a long while and then facing him, I began to call out to him in what I only hoped sounded just like another owl. He responded immediately, sucking up a great gasps of fresh air into his throat. I was so close I could almost touch him. And so it was that together for just a while, just like two long lost friends we talked to one other and then I left I left him , sitting still on his log where I had found him.

They flit from flower to flower

Leaning closer, I watch the bees and other little insects as they flit from flower to flower. How busy they appear. . They fly by about in such a curious haste! Only they know where they are headed! Behind them, they carry with them, their little sacs of pollen, all caught up between their legs. I admire their little wings as they fly, they shine so beautifully in the sunshine! Occasionally the insects will aggressively pounce on one other- perhaps protecting the best honey pots - maybe!

I practice photographing the poppies. In the distance I suddenly notice through my lens, a small church which I had not noticed before. Do I want this to appear in my image? How shall I portray it? Will it be a field of poppies with a hint of the church or will it be the other way around! I decide I want just a hint of the church so the flowers win this time but seeing the church serves to remind me, of the gratitude I feel to my creator for allowing me to be a part of this lovely scene.

Soaking up the sounds

As I soak up the beauty and sounds too. I spy a wild Iris and a small pink pea shaped flower whose name I don't know and oh, yes, a few wild roses too – how lovely! I take a few shots to share with you - my HubPages friends. These sights are so indelibly imprinted on my mind. Sadly, the digital images will not produce the sounds or the scent of the vegetation. Alas, these I cannot share. but if only you could take the time to stop and feel it and breathe it with me. Walk slowly now and yes, just as quietly as you are able. Walk with confidence whilst treading carefully.. Feast your eyes upon it all - listen with your ears and smell deeply with your nose – drink in all the sights which stand before you. Be patient, my friends, everything will soon be reveal itself. . It is all there for you to see if you will only take the time to look.

The woods beckon me

A short drive away and I find myself driving through some tall woods. I decide to stop a while to explore. I am searching for the Rhododendrons which I know I might find flowering at the foot of the tall trees. I can hear the trees creaking as I walk, sometimes my shoes catch a fallen branch. Once again, I walk quietly so as not to surprise any small woodland creatures which I might lurk close by. I can hear the call of a turtledove in the high trees and an occasional crack of a branch high up. . I follow an uneven path and around a corner, I see them, how magical, how stupendous, the Rhododendrons stand high above me - as big as trees. Their outstretched branches all covered in lilac blooms are such a sight to see. I breathe a sigh of pleasure and so I just stand a while to admire them all.

The church of St Michael the Archangel, Booton

Another short drive stop away, I stop at one of my favorite churches in this area, the church of St Michael the Archangel in Booton, North Norfolk near Norwich. The architecture of this church is something quite exceptional – so extravagant and so out of place in this small place which is hardly more than just a smattering of houses, one being the family home of Stephen Fry whilst growing up.

I am greeted by a large wooden door at the entrance to the church. I lift the bolt carefully and I hear a great clunk as it opens. I turn the large knob and I enter the stillness of the interior. I am alone but very conscious at the same time that I am being watched on 'candid camera' – a notice tells me so. Perhaps somewhere, my every movement is being watched by Big Brother instead of an 'Our Father'.

My first impression is that there is a quaint simplicity to the row upon row of small wooden chairs. I love the way they contrast with the outrageous and delightful stain glass windows. I am immediately aware that there is a theme to the windows! Young men and young women and the occasional child look down at me - each one of them I see, is playing or holding a musical instrument of one kind or another. Amused, I walk up and down the one side of the church, photographing the images.

Reading through some literature I soon learn that this it is a redundant Anglican Church which is now a listed Grade 11 church which is under the care of the Churches Conservation Trust. It seems it is known as the Cathedral of the Fields. How very appropriate.

This church was the brain-child of the Rev Whitwell Elwin who was rector in the village from 1850-1900. He was descended from the Native American princess Pocahontas of Hiawatha fame.

The stained glass windows depict angels, musicians, and female faces. Architect Edwart Lutyens apparently said that the church was a 'very naughty but built in the right spirit' church and I can't help thinking he was so right.

The result is a breathtaking masterpiece. The interior is this fairy tale creation of angels whose faces were all modeled on the rector’s young female friends! The wooden carved angels which hold up the roof are the work of a well known master-carver James Minns whose carving of a bull’s head is still the emblem on Colman’s Mustard, a well known Norwich based company.

An Umbrella Left Behind!

I hear the clunk of the great latch behind me and a woman enters the church. She greets me with a question and asks 'have seen an umbrella anywhere?; I tell her that I had not noticed one - but before I can say another thing, she exclaims in delight as she finds it herself, in exactly the same place where she left it on one of the chairs a few days earlier.

We chat a little while and then she walks away from the church carrying her treasure!

I wonder what Big Brother thinks of that. not the church silver this time but just a simple umbrella left behind on a chair? 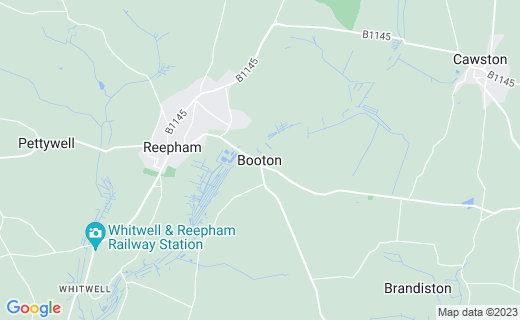