Restless Soul or Itchy Feet ... The Urge to Wander

Are you an armchair traveler, wistfully paging through travel guides and the travel channels on TV? Perhaps you paper your office with travel posters and postcards from distant places. Or do you follow your dreams of travel, save your pennies and then spend them all to take off for distant shores? Perhaps you have the wanderlust gene!

Do you ever wonder what causes some people to be irresistibly drawn to travel and to exploring strange new places? What made Columbus want to sail across vast unknown seas or our grandparents leave their homelands to make a life in a new country? On the surface, people have many good reasons for their travel, but deep down, there is something that compels some people to take to the roads and sea and air while others make the best of life in their old familiar surroundings. Is there a wanderlust gene that activates in some people while others are content to stay at home and feather their nests?

Our bodies are built to move, and early man traveled in search of food or to escape predators. Perhaps curiosity got the better of him eventually, and he just traveled to see what was on the other side of the mountain or forest. While some nomads may have followed the seasons to find game and edible plants, others traveled to trade goods.

People made pilgrimages for religious reasons, and, yes, even in 500 BC, the Greeks traveled to sporting events! While the Greeks and Romans traveled for pleasure, the Vikings traveled for excitement and adventure, setting off to explore uncharted waters.

Wealthy Europeans in the 16th and 17th century traveled for exposure to the arts and literature, and travel became part of a well-rounded education. Gradually, as travel for pleasure or health became popular in the 19th century, travel became a status symbol. Resorts, especially seaside and waterside resorts, became popular getaways for the well-to-do.

Today cheaper and easier means of travel puts it within reach of the masses. In our society people travel for many reasons: for business or pleasure, for health and entertainment, in pursuit of nature or adventure, seeking culture and knowledge.

Then why is it that some people are irresistibly drawn to traveling while others are content with their stationary pursuits at home? While some are happy reading home decorating magazines, others can’t help reading maps and travel magazines or surfing the web looking for the latest travel bargains .

Wanderlust: A strong desire to travel.

Wanderlust is a German word meaning desire to stroll or hike. It has become part of the English language, and Webster’s Dictionary defines the English meaning of wanderlust as "a strong desire to travel".

I have often wondered if there is a wanderlust gene that’s turned on early in life by some mysterious trigger.

My father had a wanderlust gene. Although in his younger years, he couldn’t afford to travel very far, the wanderlust gene created a restlessness in him that made him pack up and move his family every year or two. For as long as I lived with my parents, moving was a way of life.

Maybe the wanderlust gene was passed down to him from my grandfather, who, as a young man, traveled alone from Russia to the United States. Maybe he inherited it from my grandmother who emigrated at the age of 16 from Eastern Europe. Neither one had any money or spoke English, but they had some inner sense of adventure and drive that brought them halfway across the world to start a new life.

Do You Have the Wanderlust Gene?

Do you have Wanderlust? 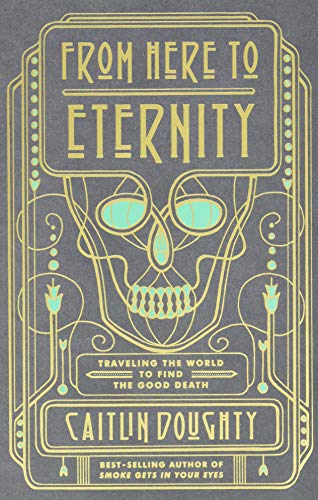 From Here to Eternity: Traveling the World to Find the Good Death
Buy Now

In the early 1900’s when my grandparents were young, they never heard Bing Crosby sing Faraway Places, but something was calling them to places with strange sounding names—America, New York, Ellis Island…

I believe that the wanderlust gene can cause actual physical symptoms. Where do you think that restless leg syndrome came from? As Nancy Sinatra sang, "These boots are made for walking..."

For anyone who has that latent wanderlust gene, there comes a time when it can no longer be ignored. Why else would thousands of people find any flimsy excuse to travel?

Those with a wanderlust gene are compelled to get out the maps and the backpacks and guidebooks, always planning their next route. Or they sell their homes, buy an RV and wander the continent to their heart's content!

The wanderlust gene must be hereditary— our family's wanderlust gene shows up in every generation, from my grandfather who made his way to America to our son who has visited a dozen countries this year. We have yet to see where it takes our grandchildren. As for me, I'm undecided— should I pack the RV or check airfares for our next trip?

Not all those who wander are lost ~ J. R. R. Tolkien

RVing and Traveling the U.S.