Let's go for a walk!

Well, almost... Looking at photographs is hardly the same as experiencing a place for yourself, but it can be a good starting point.

So pull on your imaginary hiking boots and walk along the beach at West Kirby, Wirral, until you see the steep steps created up the side of the sand dunes. Up there, you can hear the low rumble of the Irish Sea, the lyrical fluting of skylarks and the occasional expletive from the golf course just over the wire mesh fence.

As you pass over the lofty summit of the grass-covered dunes, you'll have a sweeping view of the beach - with its horse-riders, sand-yachters and kite-flyers and the distant sails of surf-boarders and apprentice sailers scooting along the marina - and on the horizon you'll see the three small islands of Little Eye, Middle Eye and Hilbre.

You'll see butterflies and moths, which help feed the vast flocks of migrating birds - and you will not miss the midges. They're very thorough and like to closely investigate every passer-by. 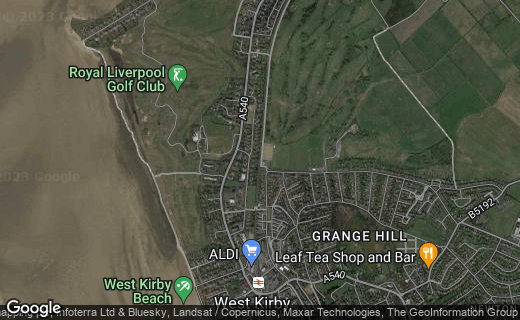 A Novel set in Hoylake!

The location shown in the photos on this page is the setting for Rowan: An Artisan-Sorcerer Story.

"Rowan lives with secrets. His family know nothing of his life after his mother banished him from the family home. Rowan is attracted to the handsome and vivacious Aiden, a member of Morgan Gruffudd's secretive community of artisan-sorcerers. But blackmail threatens to destroy the new life Rowan has been building. People are dying - and Rowan is caught in the middle of a secret war."

This book forms part of a series which can be read in any order, and the main character Rowan meets Aiden while sitting on a bench on West Kirby promenade, overlooking the beach. Rowan lives in Hoylake, and often walks along the boardwalk or out to the three islands, Little Eye, Middle Eye and Hilbre Island.﻿

Another scene takes place at Thurstaston beach, which is just along the coast.

The area is popular with bird watchers, sail-boaders, kite-flyers and golfers - the Royal Liverpool golfing facilities are very close by, and another gold course runs alongside the boardwalk parallel to the beach. There are also two sailing clubs in West Kirby, and the marina is often used to host various sailing classes and competitions.

The Route from Red Rocks to West Kirby

Thousands of migrating birds rely on the Dee Estuary for food and rest. Others make their homes amongst the dense reed beds of the marshes. and some of these build their nests on the ground.

Visitors are asked to be aware of this and not ride horses through or close to the flocks, or allow their dogs (or kids) to wade through the marsh ponds. There are plenty of places further along the beach where dogs (or kids or adults) can paddle and hurtle around.

Bird-spotters are also reminded to keep to the tracks. Yup, the rules apply to them, too, despite what some of them assume. Honest.

Another visitor to be aware of is the surreptitious canoodler. These are occasionally stumbled upon in the sand dunes and are best ignored. These visitors are reminded that litter bins are provided at either end of the beach, and that draping their discarded paraphernalia over the nearest frond of reed grass hardly constitutes keeping Britain tidy.