Details of my activities on the Coral Princess cruise ship on a 2 week cruise!

I have just returned from a two-week cruise vacation through the Panama Canal with the Princess Cruise line.

We left on April 6th from Fort Lauderdale, Florida and ended up two weeks later in Los Angeles, California on April 20. So many people that I know tell me they can't imagine spending two weeks on a cruise ship. They look at me wide-eyed and ask if I was bored. I tell them I was not bored for even one moment.

Here's a list of what I did during the cruise and as you can see, I was quite busy, and enjoyed every minute of my cruise experience:

And I had a very relaxing, educational and enjoyable vacation! Cruising is my very favorite way to take a vacation. On a cruise, I have no worries about directions, renting a car, finding places to stay, or moving from place to place and unpacking and repacking more than once.Do you enjoy cruising? Have you ever been on a cruise?

I have included a video below of what it's like to cruise through the Panama Canal, but if you would like to see a video of the Coral Princess cruise ship, watc

To get the most out of a Panama Canal cruise, it is helpful to read up on what to expect. You can do this by reading reviews on Cruise Critic dot com, or by purchasing a book similar to the one below which helped us plan our Panama Canal cruise.

This book can help you plan your own Panama Canal cruise: 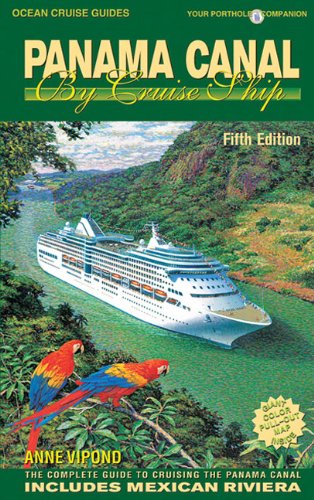 Which of the activities I did would you most like to do on a cruise?