Cook it, peel it or leave it?

While this old travel-wisdom might over-all be true, I found that in my own and friends' travel experiences other things accounted at least as much for getting or avoiding a "Delhi-belly". I hope reading this article will help you to save a lot of time otherwise spent on India's toilets;)

1. Eat where the locals eat!

The best indicator for safe food is a big crowd waiting in front of a food stall to take their turn for a delicious steaming hot snack or dish. Make sure that wherever you eat most tables are occupied with locals - it doesn't matter if the place looks unfancy or even a bit grim - Indians are used to great food at home, so having satisfied customers filling the restaurant up is the best indicator that great food is waiting for you. The biggest mistakes we have made on such journeys was to eat on the "tourist-trail" - which means to choose a random hotel in a touristic area, where hardly anyone but us was going to eat. Having less people to eat around, doesn't only mean that it might be less tasty and over-priced, but also that the ingredients maybe have been lying around for a long time before they reach your meal. So stay with me here - and eat where the locals eat. This simple paradigm will also answer your question, whether it is safe or not to eat at a roadside stall.

2. Eat what the locals eat!

When you are in India, eat Indian! Believe me, no matter how tempting the menu will sound or how much you might be missing a certain dish from home, usually the continental food is rather untasty and over-priced. Furthermore a dish might be depending on imported ingredients that won't have a great turn-over rate in India and thus are prone to be less fresh. Of course that doesn't mean that you necessarily will get sick having a sandwich or a muesli for breakfast, but if you really want to play safe - eat what the locals eat! 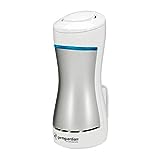 Honestly, if you have seen where the poultry and the cattle is raised in India, you do NOT really want to eat this. Goats are often tied and raised right in front of the butcher's shop, eating whatever they get hold on - leftovers, vegetables or often enough a wide collection of garbage. Poultry is being kept in the tiniest cages full of faeces, where the featherless poor fellows wait for their last call - again, there is no food control when it comes to the use of pesticides or antibiotics and furthermore simply for the animal's sake - don't eat that.

I have once made the mistake to eat a fish, that supposedly was freshly caught and paid for it with a very serious food-poisoning. Of course again, most meat products won't necessarily make you (immediately) sick, but they are mostly far from being hygienic or healthy.

And why do I say - or go five-star? Obviously a five-star restaurant has a reputation to lose and therefore might take the effort to find the best local suppliers. If you really can't stay without meat, it might be worth to pay the price for it!

When you newly arrive in a foreign country it is important to give your body time to acclimatise with the local conditions. So while spicey food per se won't make you sick - eating too suddenly too spicey might still result in gastroenteritis. Try to slowly pick up when it comes to spices or even oily food (which applies for a lot of the deep-fried snacks).

As mentioned in the beginning, of course it is your safest bet to stick with that rule. But sometimes you might be able to make exceptions from it after considering the circumstances carefully. For example I eat tomatoes, cucumber and even apples unpeeled - after I have washed them well AND dried them properly. Lettuce on the other hand is mostly a bad idea. When it comes to juices it matters where you are - in Bombay it is common sense now to only use filtered water, so a sugar-cane juice at a popular joint will be safe - but then again, don't have your first sugar-cane juice straight after your arrival, but wait a few weeks into your stay. If you are anywhere in the country-side, do NOT trust the water supply and avoid juices - unless you can make sure that your juice doesn't contain added water or ice. Why not having coconut-water instead from a freshly cut open coconut, if that is what the locals are having! Pretty much the same is valid for ice-cream. If you are in a big city and have it at a branded chain like Amul, Naturals or SnowBite you are playing safe. The more you are away from a big city with a good infrastructure the more likely the cooling.chain might have been interrupted somewhere on the way and bacteria or salmonella might have spoiled the ice-cream. Don't buy iced-lollies - they nearly always look half-melted and refrozen. If you can get freshly produced Kulfi (the Indian equivalent to ice-cream) that will be a much safer bet than having icecream as a desert on a 1-star hotel menu.

So, whatever food you are planning on having - just take a brief look at the surroundings and the circumstances and it will be easy to decide if a particular dish is a good idea, or not.

If you found these travel advices useful, you might as well like my article about travelling on Indian trains and everything that you should know about safety, food and hygiene during your train journey. Enjoy your travels and stay well! 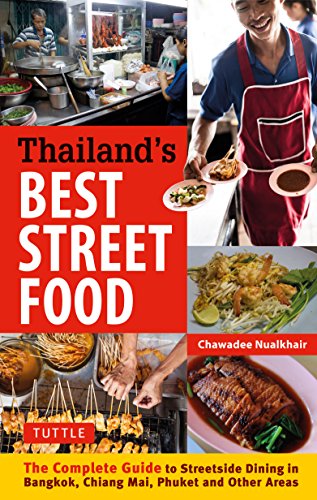