What NOT To Do When Visiting Singapore

Singapore is a clean and orderly country, mainly because of the strict rules and regulations imposed by the Singapore government. Residents and tourists are expected to comply with the rules in this 'fine' city. There are plenty of signages everywhere to remind everyone of what they should NOT do in this 'City of Signs'. Failure to follow the rules and regulations may result in criminal offences that are punishable by law.

This is a list of some of the rules every tourist should be aware of, especially if you are entering Singapore for the first time.

Whether you are a tourist or returning resident, when you enter Singapore, the first items they will check for are drugs. Capital punishment is legal in Singapore and the possession of controlled substances is illegal. Drug trafficking carries the death penalty, even if it is just a pinch of white substance. It doesn't matter where you hide them, the authorities and their canine agents will sniff you out and your days will be numbered for sure.

Top 50 Places To See in Singapore

Singapore is one of the cleanest and safest cities in the world. There are many great places to see on this island. Stop here for the latest in electronics and fashion items or go sightseeing at Singapore's top attractions with discounted tickets.

Click on the links below and get your tickets to Singapore's top attractions at great prices now:

Littering is the most common offence in Singapore. Every year, thousands of people are caught littering in public places. It is not only about throwing a piece of candy wrapper in the streets and getting caught, it is the consequence you will have to face when you are caught. The authorities also have the ability to catch people in the act of littering items the size of a pea. As a result, thousands of people are caught littering every year. Those who are found guilty of littering will be required to pay a heavy fine and serve the Corrective Work Order (CWO). Offenders have to put on bright orange workwear and clean up the busy streets in full view of the public. The whole idea here is to put the offenders to shame in public.

Used chewing gums leave marks and stains everywhere. It costs manpower and money to scrap away the gum marks from public places. In a clean city like Singapore, they want all the footpaths and public areas to look squeaky clean and shiny. Anyone who sticks a piece of chewing gum somewhere in the streets will be fined.

Chewing gums have been banned in Singapore since the last millennium. You will not find them in the shops, but don't try to bring any gums into Singapore on your next trip. You could be charged with smuggling offences that carry a jail sentence and a heavy fine.

Eating and Drinking on the MRT Trains

The public transport system in Singapore is very efficient. The Mass Rapid Transit (MRT) trains are kept very clean and commuters are not allowed to consume food or drinks while on the trains or in the waiting areas. It doesn't matter if you are starving or dying of thirst, no food and drinks are allowed.

One famous item that is prohibited on the train is the durian fruit. Even though the durian is said to be the 'King of Fruits', it is deprived of a free ride on the train because it is just too smelly! Even if you conceal the fruit in your bag, the smell alone will betray you because everybody in Singapore knows what a durian smells like.

Smoking is prohibited in air-conditioned places and many open public areas in Singapore, like bus-stops, train stations, schools, shopping malls and food courts. There are designated smoking areas in some pubs, but not many. First-time offenders may be fined up to $1000.

Good toilet practices start at home. If you don't have the habit of flushing the toilet after use, chances are you won't push the flush button anywhere else. In Singapore, they have signs to remind people to flush after using the toilets, so obey these rules or else pay a fine. Hmm, just wondering how they catch the offenders - hidden surveillance cameras in the cubicles, perhaps?

Writing on walls and spray painting on anything that is not yours is classified as vandalism. Besides a jail sentence and paying a fine, vandals will be disciplined like naughty children and whipped with a 4-foot rattan cane (the punishment is called 'caning'), an excruciating consequence that will require medical attention after that and weeks to heal. 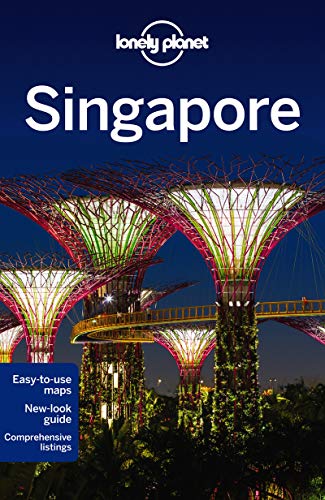 Political issues are very sensitive topics in Singapore. Ask any local person in Singapore and they will tell you it is illegal to discuss politics and criticise the government in public, or it is just not worth discussing. Some friendly taxi drivers may try to start a conversation about what they think of their political leaders but in my opinion, they could be working as undercover agents so it is best to keep whatever thoughts you have to yourself.