2.7 out of 5 stars from 3 ratings of The London Walk from Big Ben to Tower Bridge

A Stroll Along the River Thames

I've lived in London for over ten years now and I’ve lost count of the number of friends and relatives I’ve guided around the Capital.

They all want to squeeze in as many of the big sights as possible in their weekend break, and spend as little time as possible queuing and rubbing shoulders with other tourists.

Oh, and did I mention they all want to get the full London Experience on a budget too? Not an easy task!

The answer is of course to discover London by foot, and over the years I’ve come to love this walk along the south bank of our river Thames. Nomatter how many times I walk this route, I never tire of the scenic views of the river and all the landmarks along the way.

Depending on how long you spend in each ‘stop’, the walk can take anything from an hour, to half a day or more.

What do you say, are you up for a real London walk?

Okay then - Pack your umbrella and put on some comfy shoes, let’s get going!

What You will Discover

These are the big London landmarks you’ll come across on this walk - not counting the traditional red double deckers, post boxes, black cabs and all the other thousands of historical details that makes London such a unique and wonderful city.

Your London Walk Mapped Out Part 1(2) 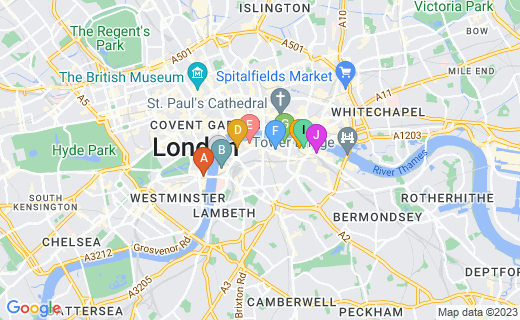 Although we'll be spending most of our time on the south side of the Thames, the starting point for this walk is one of London's most iconic landmarks - the Big Ben clock tower at the north end of the Palace of Westminster.

To get there, take the underground train (or the tube as Londoners like to call it) to Westminster and follow the signs towards Big Ben.

Take extra care if you're crossing the street and remember they drive on the left side of the road in England!

"Did you know that Big Ben is not actually the name of the clock tower, but the great bell inside it?

The clock tower holds one of the largest four-faced chiming clock in the world celebrated its 150th anniversary in 2009."

Cross Westminster Bridge carefully to the south side of the river - watch out for pick pockets and photographers snapping the views. You will soon spot the London Film Museum.

Previously known as the Movieum of London, at the London Film Museum you can see props props from films such as 'Superman', 'Star Wars', 'The Italian Job' and 'Batman'.

You can also see interviews and clips from TV series that made it to the big screen, take a journey back in time with the Charlie Chaplin Great Londoner Exhibition, or even have your photo taken on a mini set.

Its the place to go for all movie buffs, the rest of us will continue to our next stop!

3. Take in the Views from the London Eye

You can probably already see the EDF Energy London Eye up ahead, so keep walking until you bump into the crowds queuing up.

Don't worry though, because you've read this article you've already bought your tickets in advance online, so you don't need to queue with the rest of the tourists.

Unless you love queuing, I'd definitely recommend to pay a little extra for a fast track ticket which allows you to beat the queues - you can only buy these tickets online so go ahead and visit their website before your trip.

"The height of the London Eye is 135m (this is the equivalent to 64 red London telephone boxes piled on top of each other) making it the fourth tallest structure in London.

On a clear day, you can wave to the Queen from the top of the wheel as you can see around 40KM (25 miles) which is as far as Windsor Castle!"

4. The National Theatre is well worth a visit

Even if you're not planning on going to the theatre, its well worth passing by the National Theatre building. In summer, there's always some fun outdoor event going on outside. And of course they show up to three shows per day!

5. The OXO Tower - Not an Advertising Site

Keep your Eyes pinned and watch out for a tall tower with the letters OXO spelled out across the windows at the top.

Now one of the most iconic London landmarks, it was originally built as a power station to the Post Office and it was built towards the end of the 19th century.

If you dont mind paying a little extra for the view, there is a well known restaurant on the top floor.

"In 1928-29 the OXO tower was rebuilt to an Art Deco design and the architect wanted to include several advertising signs for the stock cubes the company produced.

When they were denied the rights to such advertising signs, the windows of the building took on a new interesting design with some peculiar shapes - can you guess the name of the company?"

Our Next Stop is Tate Modern. I'll admit I don't know much about art, but I always enjoy a visit here, probably partly because admission is free but also because the art installations are international, modern and contemporary as well as good fun to check out.

The Shakespeare Globe Theatre of today stands just a few hundred yards from its original site. The original globe that saw many of Shakespeare's finest plays was demolished to make room for tenements under England's Puritan administration in 1642.

We have the American actor and director Sam Wanamaker to thank for the rebuilding of the iconic building.

8. Take a Peek at The Clink Prison Museum

Follow the old cobbled streets and you'll find the Clink Prison Museum. The mueum is built on the original site of one of England's oldest prison, dating back to 1144.

The museum itself is a pretty dusty affair, you're best off just peeking through the windows and walk on. Unless you have a keen interest in old prisons of course!

10. Enter The London Dungeons (if you dare)

The London Dungeon is not for the faint hearted, but it is a fun attraction to visit. You can discover London's gory and scary past through actor led shows and scary rides - and you will learn quite a lot in the process.

The queue outside the attraction is possibly even more frightening than the actual shows, so I recommend buying your timed tickets online in advance.

9. Step onboard the Golden Hinde

The Golden Hinde is a replica of Sir Francis Drake's warship that he used to circumnavigate the globe in 1577-1580. You can step onboard to get a taste of what living onboard a ship was like in Tudor times, or just take some lovely snapshots of the ship from the outside.

10. The London Bridge Experience and the Tombs

A couple of years ago a rival attraction noticed there was always a queue outside the London Dungeon and took advantage of the situation, opening up their own scare attraction.

Which one is better? If you haven't booked your tickets in advance I'd simply choose the attraction with the shortest queue!

11. Board the HMS Belfast

HMS Belfast is an original Royal Navy Light Cruiser, permanently moored in the Thames and gives you a unique opportunity to board and explore what its like living onboard a war ship.

You can climb up and down all the ladders to reach the nine decks and hear about the battle stories from the Second World War and more.

12. City Hall - shake hands with the Mayor of London

The egg shaped City Hall is home to the Mayor of London, the London Assembly and their 600 or so permanent staff.

The surrounding areas are open and contemporary style, contrasting beautifully with the older parts of London you've just walked through.

14. Cross the River on Tower Bridge

Tower Bridge is one of London's most popular landmarks, and you might be surprised to know that the bridge itself isn't actually as old as it might look.

London Bridge used to be the only bridge across the Thames, but eventually a new bridge was needed to deal with the increase in traffic. Over 50 designs were submitted for consideration, but in 1844 Horace Jones, the City Architect, in collaboration with John Wolfe Barry, offered the chosen design for Tower Bridge as a solution.

Nowadays you can visit the Tower Bridge Exhibition and learn more about the history of the bridge and the inner workings and machinery that keeps London's mosty popular bridge running.

As you can see the design has been made to blend in beautifully in style with the nearby Tower of London which is of course much older. And the rest is as they say history!

"In 1952, a London bus driven by Albert Gunton had to leap from one bascule to the other when the bridge began to rise with the number 78 bus still on it."

15. Visit the Tower of London

Its hard to find a place with more history than the Tower of London. Explore the grounds, see the Crown Jewels, count the Tower Ravens, and learn everything there is to know about Royal history.

Or, if you're short on time just take a stroll around the Tower of London itself and take in the stunning views. This isn't a Disney Land castle, its real history!

This is one of my absolute favourite London activities. Trained actors and Jack the Ripper book authors will guide you through the winding streets of the city of London and take you to all the known murder sites. And maybe, just maybe you'll find out who Jack the Ripper really was!

The Jack the Ripper Tours takes place every night at 7.30 pm come rain or shine. You'll get the scariest experience during the darker winter months as the shadows play tricks with your mind. You meet the tour guide from London Walks just outside the exit of Tower Hill Tube. 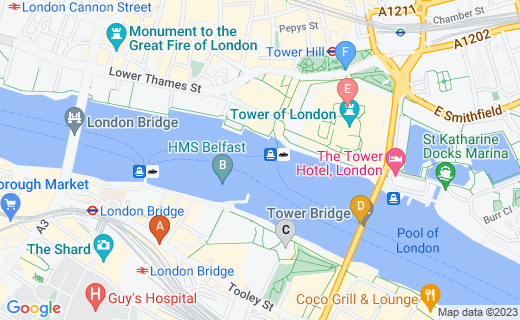 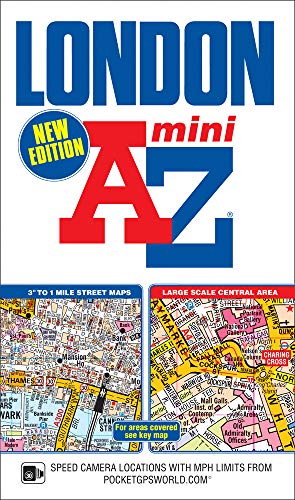 One more Thing - Get a Proper London Map

Just one more thing. Before you head off to London, make sure you get a proper London Map Book.

The A-Z is the map book real Londoners use - so don't rely on flimsy fold out tourist maps, they break and what's worse, they only tend to show the streets in and around Covent Garden and not the places you might want to go to.

The A-Z is the best London Map you can get, and they come in several convenient sizes...

Enjoy your visit to London!

This article was written by Linda Bliss. I am earning money online by writing here at HubPages.com.

Would you like to earn money online too? Read the success stories and sign up today to get started!